Are you ready to head to ‘Utopia?’ Travis Scott just dropped TWO new singles and they’re both pretty amazing.

Three years after Travis Scott dropped his landmark album Astroworld, the Houston native and father of Kylie Jenner‘s kids gave fans presumably the first taste of the long-awaited follow-up, Utopia. Travis, 29, actually dropped two songs — “Escape Plan” and “Mafia” — on Friday (Nov. 5), and fans are going wild over them. Take a listen below.

La Flame surprised fans on Thursday by tweeting out that “SOME NEW MUSIC AT MIDNIGHT.” Travis also shared a photoshopped version of the famous Weekly World News “Batboy” cover. This new “Weekly World Truths” declared “The True Dystopia Is Here,” while asking, “who knows what lies beneath the surface?” The cover also ‘shopped Batboy to look more like Travis. “When The End Arrives Its (sic) Really The Beginning,” the “Truths” declared. It was unclear at the time if Travis was going to drop a mixtape or a single, but now, we know.

Since releasing Astroworld in 2018, Travis has kept his fans satiated with eye-catching tours and plenty of additional music. He dropped “Highest In The Room” in 2019, the same year he released his JackBoys collab album. In 2020, he teamed with Kid Cudi to put out the Billboard Hot 100 No. 1 hit, “The Scotts,” as well as “The Plan” (from the Tenet soundtrack) and “Franchise,” his chart-topping collab with Young Thug and M.I.A. While this and a few guest appearances on tracks by artists like Ed Sheeran and Schoolboy Q have helped maintain Travis’s momentum since Astroworld, fans have been ready for the new release for a while. 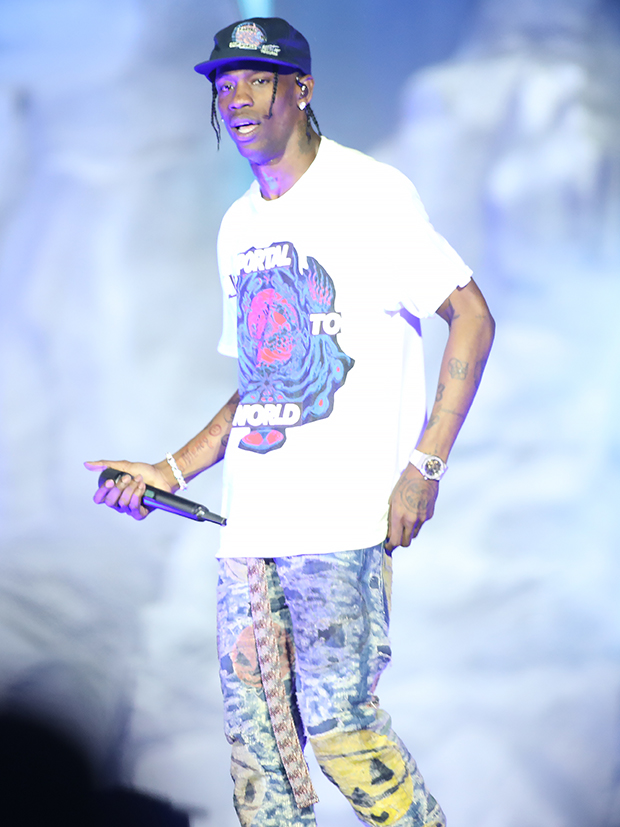 Though Travis has yet to confirm the name of his new album, he dropped a significant hint when celebrating Astroworld’s second anniversary. Travis tweeted a picture of a handwritten note that read: “Happy Astroversary a 2 year ride that’s still one of my favorites!!! Album means so much to me!! To every one that bumps and rages to that soundtrack I love you. Let’s keep the ride going. See you in Utopia.”

Expect more themes of trippy, beyond-world experiences to be woven into this new album. “I’m in this new album mode where it’s like psychedelic rock,” Travis told WWD in June 2021. As for what songs will be on this new project, it’s expected that “Highest In The Room” will be among the tracklisting. A snippet of another unreleased song, coined “Vision” by fans, was part of a Kylie Cosmetics commercial. On an October 2021 episode of WAV Radio, Travis previewed a song with 21 Savage titled “Niagara Falls.” A few months earlier, La Flame hit up WAV RADIO to preview a song called “White Tee,” a song later released as “Franchise.”