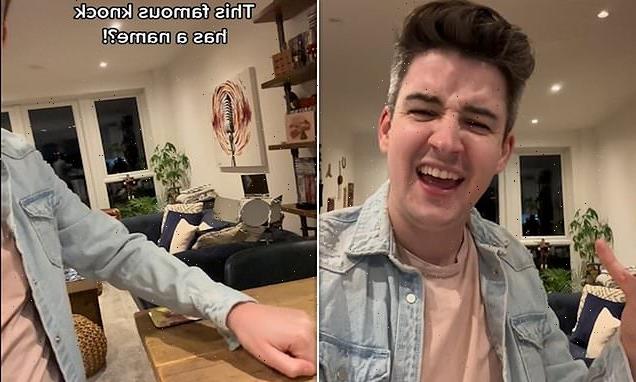 TikToker reveals his shock at discovering a popular door knock has a name – but do YOU know what it’s called?

A TikToker has shared his shock after discovering that a well-known door knock has a name.

UK-based podcast host and radio presenter Calum Di Lieto posted a video saying that he was ‘today years old’ when he discovered that the knock, featuring five consecutive knocks, a pause and then another two, has a title.

Calum explained: ‘I was watching Netflix with the subtitles on which is a new thing for me. 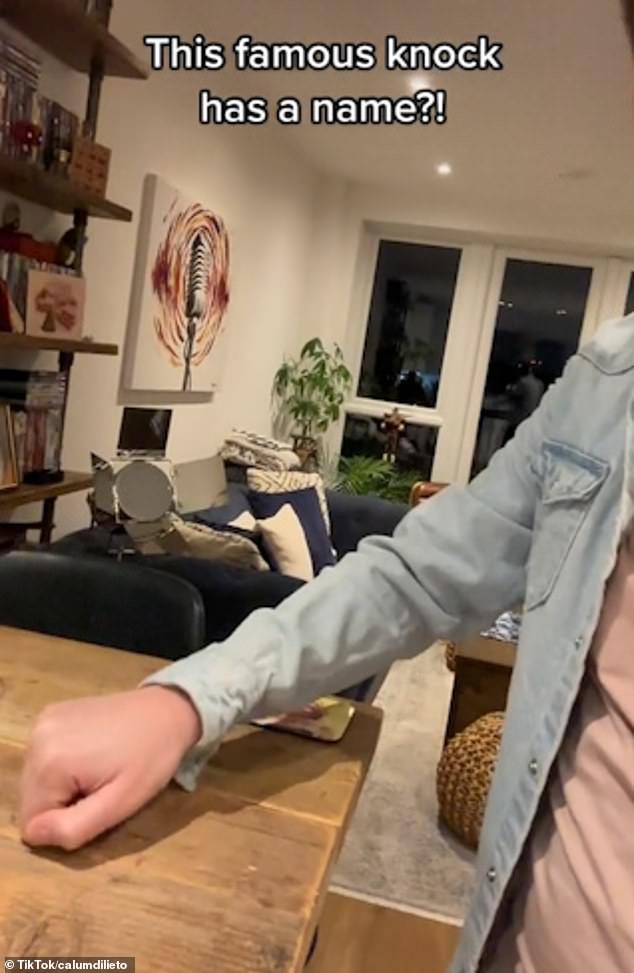 ‘Lots of people do that. Why? Why do you do that? Anyway, I’ve started to do it and someone knocked like that.

‘They knocked like that and it came up in the subtitles, the name of that knock. I have since researched it, and it has a name. Apparently, the name of said knock is the shave and a haircut.’

He then demonstrates the knock on his table, singing the words ‘shave and a haircut…two bits’ to each tap.

Calum researched his new discovery and told his followers: ‘Two bits back in the day was American for 25 cents and then in the UK, it was shave and a haircut…five bob which was I don’t know, shillings, something in shillings.’ 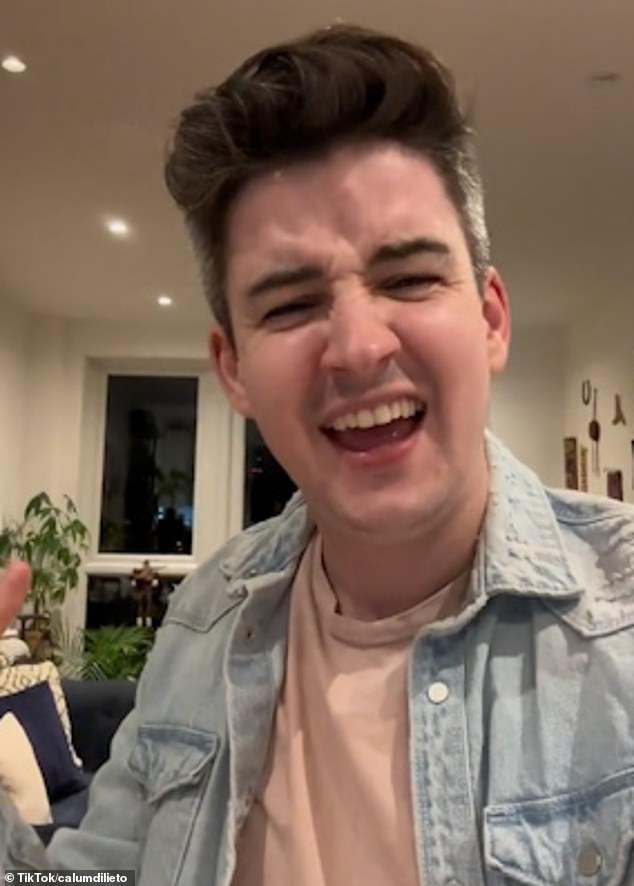 Calum asked his viewers to help him find out the origin of the name, saying: ‘Now that I know some of it… I want to know where that name came from, okay?

He added that explanations differ for the origin of the name, with some referencing Morse Code while others say it was part of a song in the 1890s.

He makes a final plea to viewers saying: ‘Now that I know some of it, now that I know it has a name, I want to know where that name came from, okay? Where has it come from?’

Singing again to the beat of the knock, he says: ‘Where did you come from?…Tell me!’

Viewers flooded into the comment section to share their surprise with one saying: ‘I didn’t know the knock was called that, I just thought the beat was the same’.

Another TikTok user said: ‘Never ever have I heard that’ while one simply described the discovery as ‘wild’.

Viewers took to the comments section to share their surprise with one admitting: ‘Never ever have I heard that’

Meanwhile other users said they had known the name of the knock for a long time and shared their ideas of where the name came from.

Commenting on the video’s revelation, one user said: ‘I thought this was common knowledge.’ Another said: ‘I mean I don’t know about anyone else but Who Framed Roger Rabbit taught me this.’

One comment referred to the history of the name saying: ‘I remember watching a YouTube clip about it being a jingle advertising a barbershop in America.’

Another said: ‘I always heard it was a knock used during prohibition – people outside tapped the first part, people inside the last part. Code!’

If you enjoyed this story…