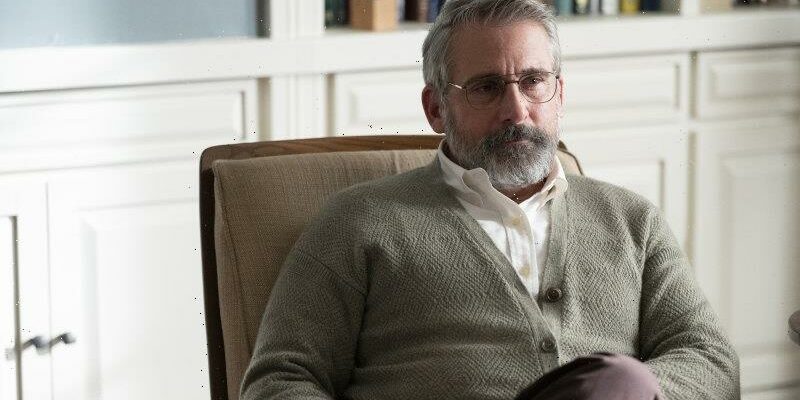 For 201 episodes across nine seasons, actor Steve Carell was the definitive television funny man in the US adaptation of The Office. More recently, his role as a disgraced television host in The Morning Show heralded a different, more serious side to the 60-year-old Massachusetts-born actor.

His new series, The Patient, is going to upend the audience’s perception entirely. Carell plays therapist Alan Strauss who, while dealing with the death of his wife, takes on a new patient, Sam Fortner (Domhnall Gleeson). The twist in the tale? Fortner is a serial killer, and abducts Strauss, hoping the therapist can bring his homicidal urges under control. 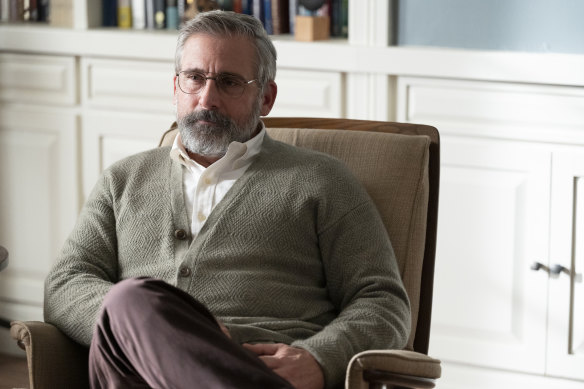 Steve Carell as psychotherapist Alan Strauss in The Patient.Credit:Suzanne Tenner/FX

The Patient, from Joel Fields and Joe Weisberg, whose last series The Americans beautifully reimagined the spy genre, stays away from cliche. This isn’t a harrowing dungeon-set two-hander with a lot of shouting. Instead, captor and prisoner play out the drama in a middle-class prism, a neat room, and home-delivered restaurant food, albeit with chain around Strauss’ ankle.

What is more, you can almost relate to Sam Fortner. Almost. He’s a bad man, but he doesn’t want to be a bad man. This is why he has kidnapped Strauss, hoping that their psychotherapy sessions can cure what has been, until this point in his life, an incurable desire to kill.

For Carell, who has famously played an office manager, a TV show host and the head of a space agency in the Netflix comedy Space Force, the role of a therapist was intriguing. 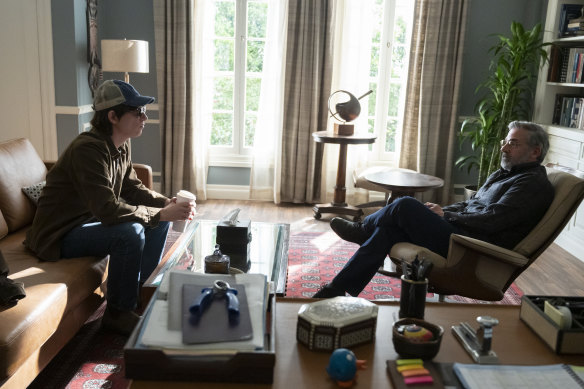 Domhnall Gleeson as Gene, aka, Sam Fortner, and Steve Carell as Alan Strauss in The Patient.Credit:Suzanne Tenner/FX

“But therapy to me doesn’t mean someone who is going to solve your problems or come up with solutions to your problems,” he adds. “I see a therapist as someone who helps you connect the dots and asks you things that might lead you to find and draw your own conclusions.”

Because of the nature of the story, much of the filmed action across the limited series takes place in a single contained space — the room where Fortner has Strauss imprisoned.

“When we were in that set, we were really in it for the duration of the day, and when I got chained in, it was a real lock with a real key, and I thought, boy, if there’s an earthquake or a fire, I hope somebody thinks twice about letting me out of here,” Carell says.

Carell remained chained, even when directors Chris Long and Kevin Bray were filming Gleeson’s close-up shots, he says. “It all sort of added to the vibe of that space, and it didn’t feel like a cliche space,” Carell says. “It felt like a space people are familiar with, but being there for so long, it really took on sort of an ominous quality.”

The rapport between the two actors is obvious. Carell says he found in Gleeson an actor who took his work very seriously, but did not take himself too seriously. “That, to me, is the ideal combination. When it’s time to achieve what you’re both setting out to achieve, you’re of one mind, and you go for it,” Carell says.

“But at the same time, there were moments of ridiculous levity between the most horrific moments,” Carell adds. “And I think we sussed each other out in terms of that, and we were very tuned in, at least the way I felt about it, in terms of where the other person was and what they needed. It was a kind of perfect alchemy.”

Some days were heavy, recalls Gleeson. “Because we have to go to some really dark places,” he says. “And for some of it, we would stay in it, and then sometimes you would just feel it break free and say, we can’t live in this all day, we’ll damage ourselves if we live in this all day. I loved every second of it. It was wonderful.”

The Patient is on Disney+.