And they lived merrily ever after! Man who works as a professional Santa pops the question to his Mrs. Claus in an incredible Christmas proposal – 40 YEARS after they met in middle school

One might point out that the fictional couple has already been married for many years, but this particular Santa — played by St. George, Utah resident Troy Dean Thode — and his Mrs. Claus — played by Cheryl Turnbeaugh Hawker — have yet to actually tie the knot, despite knowing each other for 40 years.

So when Troy, 53, finally got down on one knee this December while the pair was dressed in red and white and ready for the North Pole, it was a moment bursting with Christmas magic. 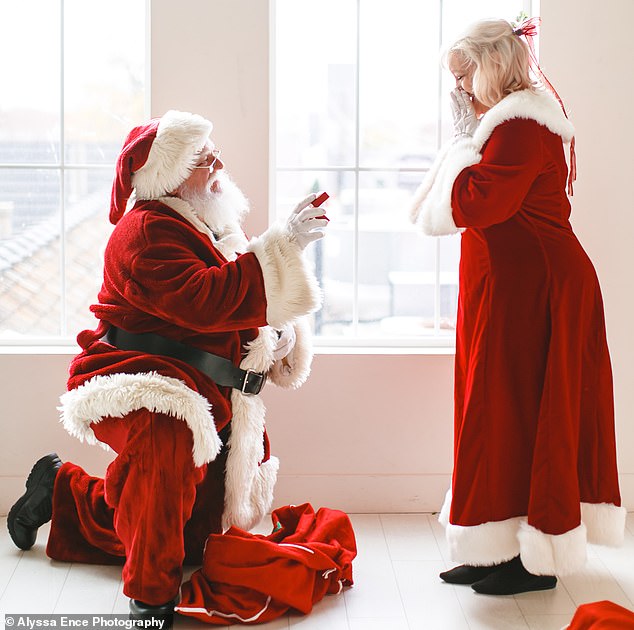 Santa baby, forgot to mention one little thing — a ring! A man dressed as Santa surprised his girlfriend, who was dressed as Mrs. Claus, by proposing this month 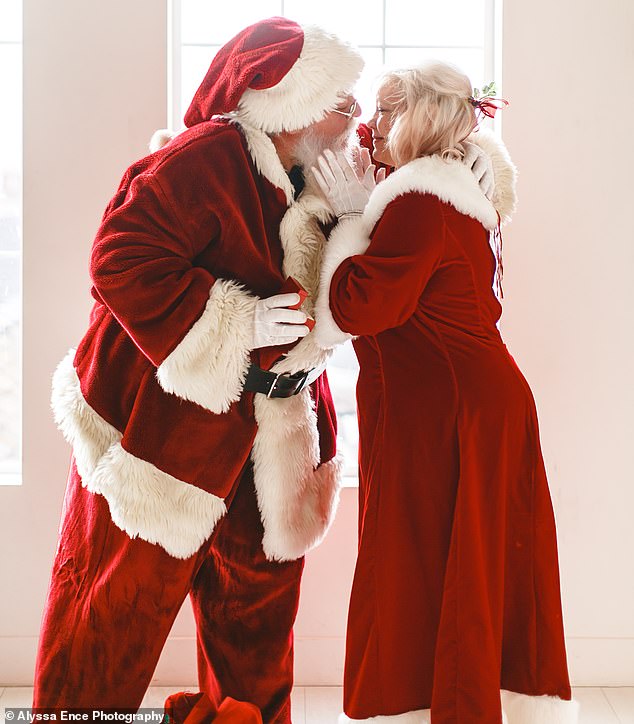 The happy Christmas couple! Troy Thode popped the question to Cheryl Hawker while the pair was in costume 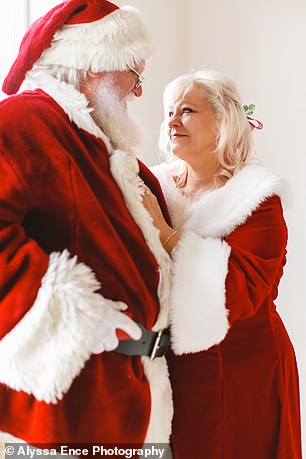 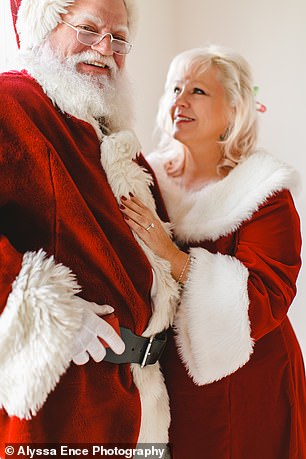 A longstanding tradition: Troy has been dressing as Santa for events since he was 13, and this year he invited Cheryl to join him 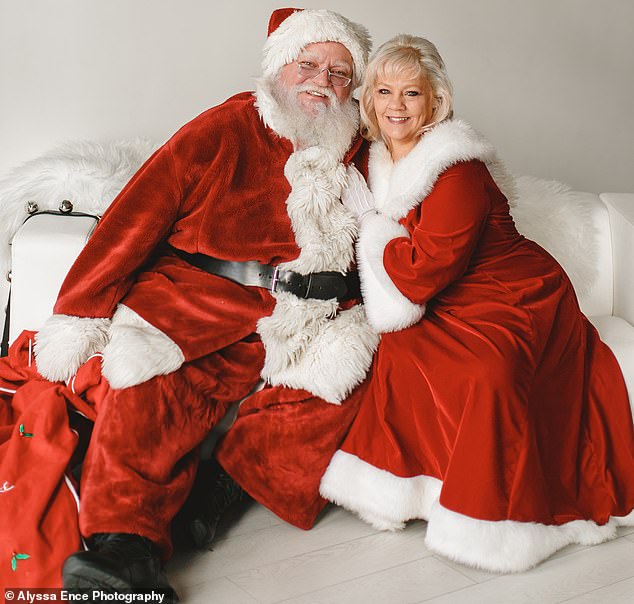 Bringing cheer! The two have been a hit at events around Saint George, Utah

Troy and Cheryl first met 40 years ago, back in 1978, after each of their families moved to town and they enrolled at the same middle school.

They became friends, and both had crushes on each other that lasted through middle school and high school — yet they kept their feelings to themselves and never actually went out on a date.

After high school graduation, the pair kept in touch, but still didn’t get romantically involved. Each married and raised families of their own.

Then, in the fall of 2018, they reconnected and realized that both were single — and interested in each other. They started dating and fell in love.

Meanwhile, Troy had also spent all of those years dressing up as Santa during the holidays. Since he was 13, he’s played Mr. Claus ever year for various holiday events in the community. 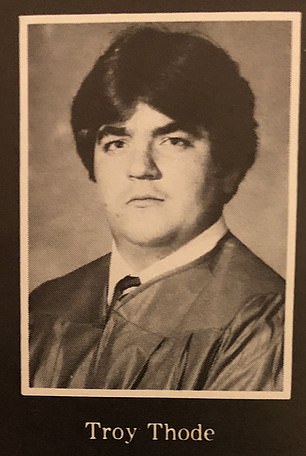 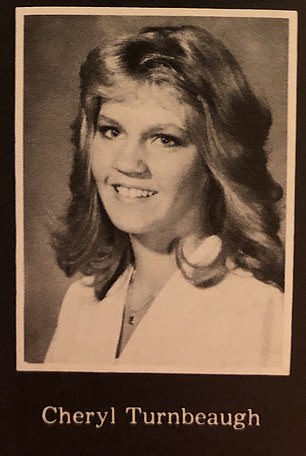 Before the North Pole… They actually first met in 1978 when they enrolled at the same middle school. Despite having crushes on one another, they never got together 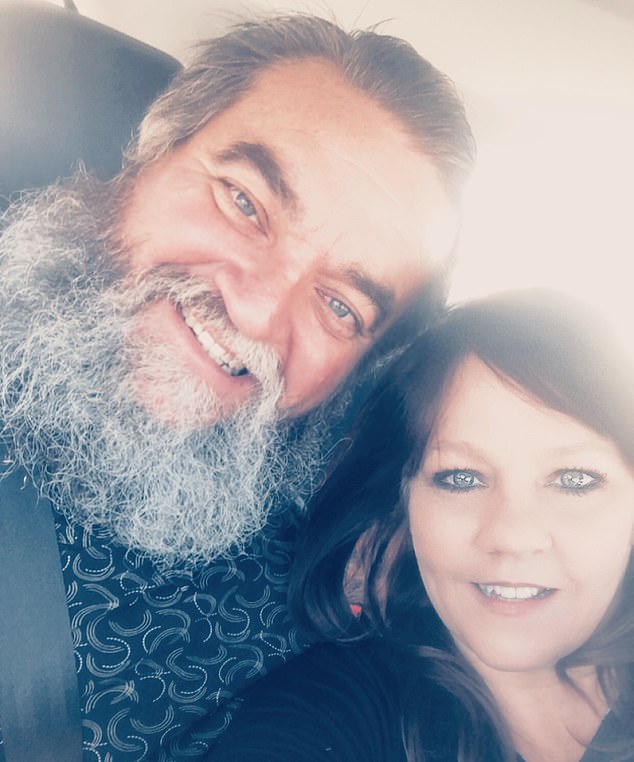 The two remained friends after graduation but each had their own families. This year, they reconnected and things finally sparked romantically 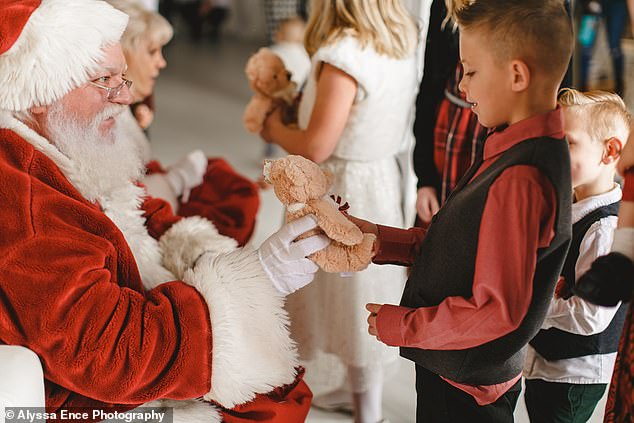 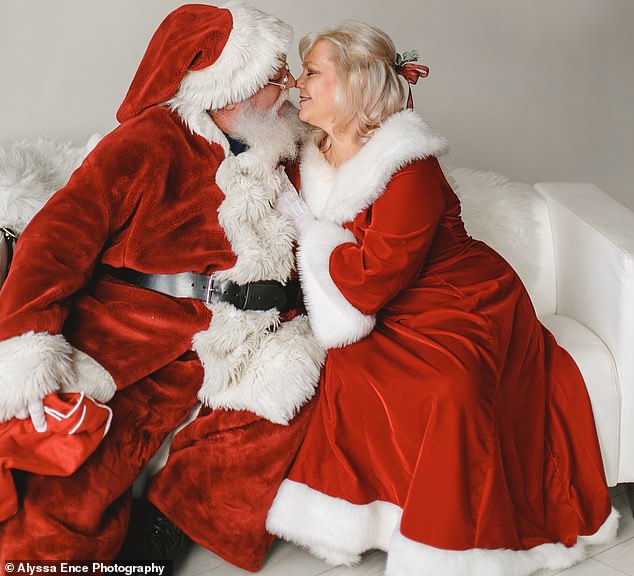 Get these guys some mistletoe! He traded their services for portfolio photos, which Alyssa took — and Troy also planned the surprise proposal

This year, he asked Cheryl to join in, playing the Mrs. Claus to his Mr.

They appeared together on the first of the moth at a Dixie State University breakfast, and quickly booked more gigs as a duo.

One person to hire them was photographer Alyssa Ence, who booked them for a family party. Keeping Cheryl in the dark, Troy spoke to Alyssa and offered to do the party for free — if she took some professional photos of them.

On the day of the party, Troy and Cheryl came to work, where they sat for photos with kids and took down their Christmas wishes. Troy looked jolly in his red suit with white trim and naturally bushy beard, and Cheryl was warm in her red velvet gown.

While posing as a couple for a final snap, Troy got own on one knee and reached for his Santa bag, from which he pulled a red box.

‘Mrs. Claus, will you marry me?’ he asked, opening it to reveal a ring inside.

Cheryl beamed and drew her hands to her face, as her eyes filled with tears. She said yes, and ‘Santa’ slid the ring on her finger. 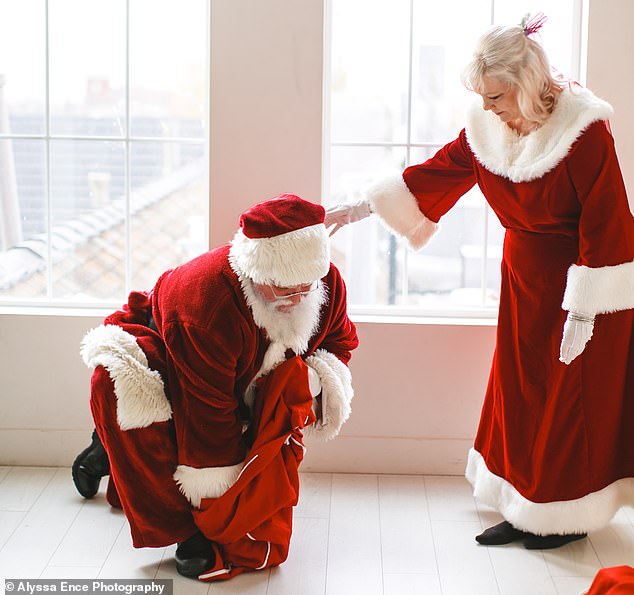 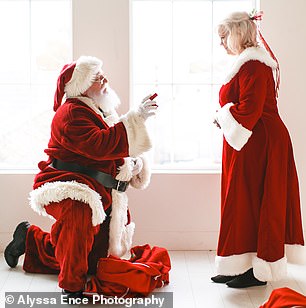 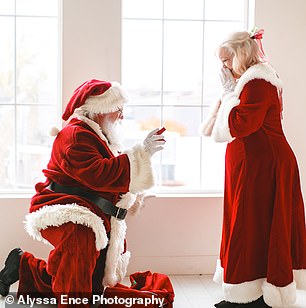 Meet the Kringles! Down on one knee, he asked her to marry him — and she was overcome with emotion as she said yes 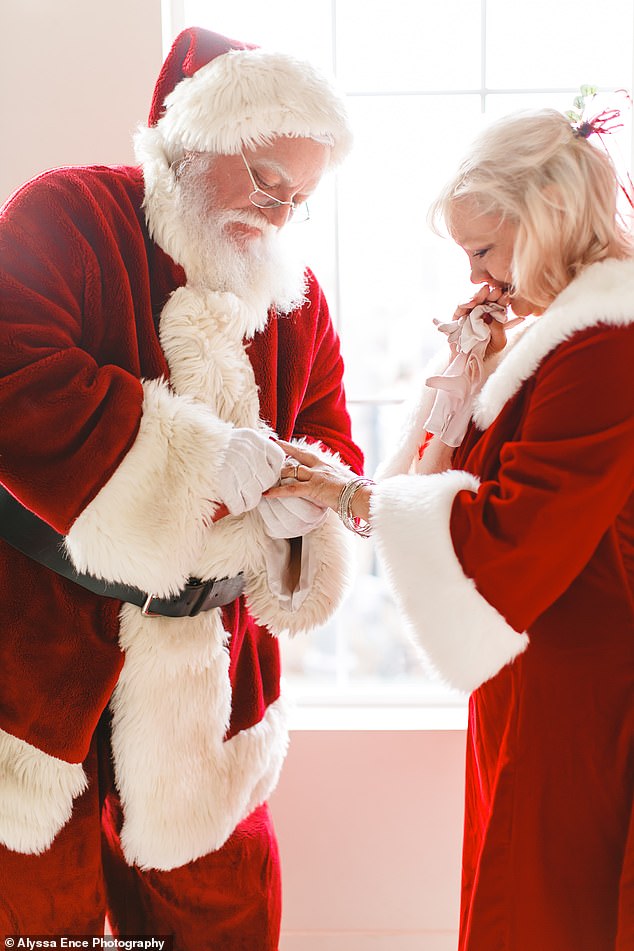 Look what the elves made! The two managed to find a magical love story 40 years after meeting, and 34 years after going their separate ways following high school graduation 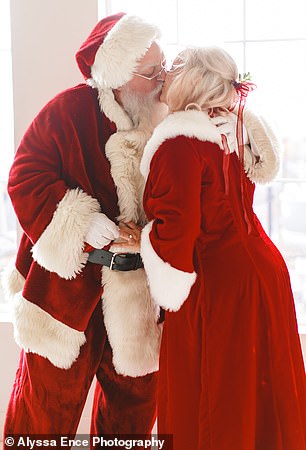 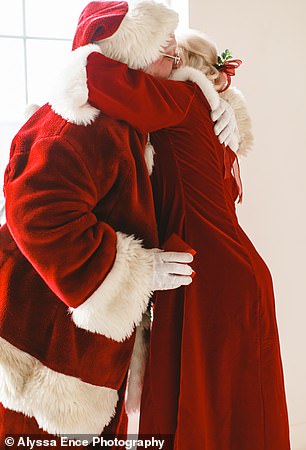 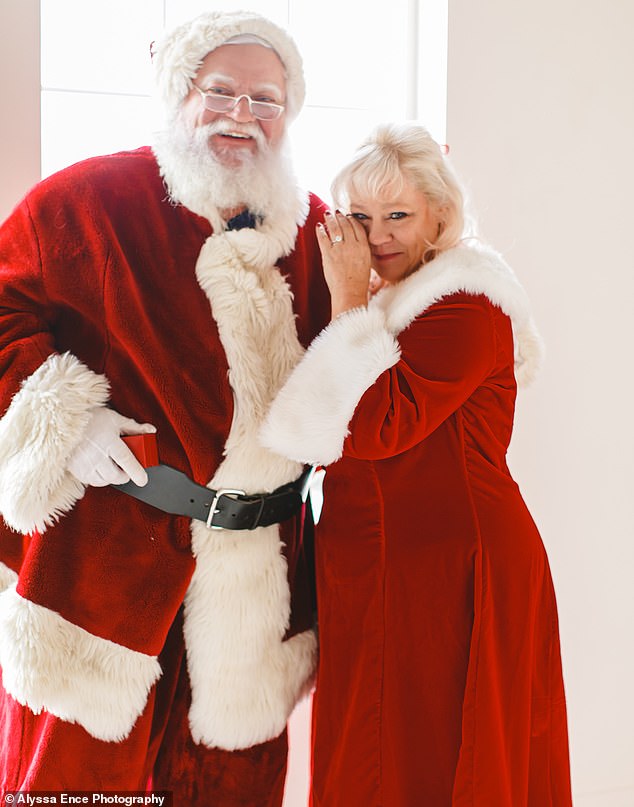 Sleigh all day! The photographer has shared a photo of the charming moment on social media 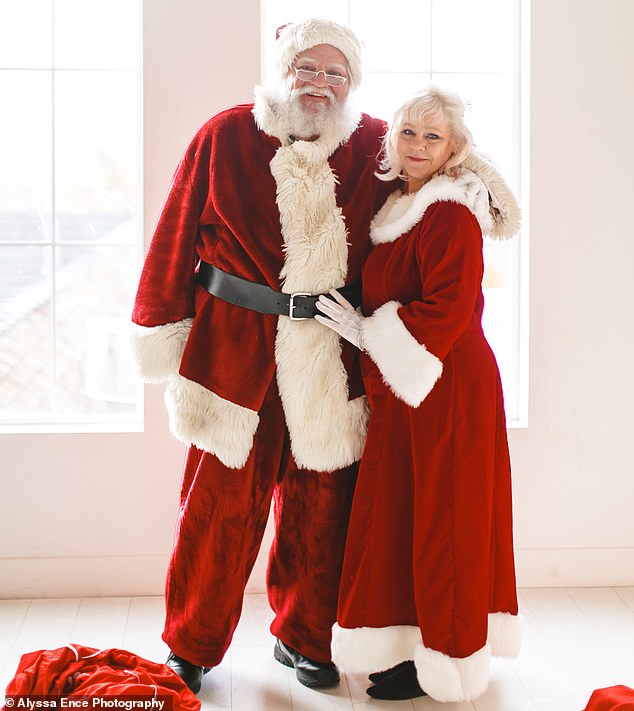 Rudolph for best man! There’s no word yet whether they’ll take a sleigh ride to their wedding