Since the invention of television streaming, the word Netflix has become synonymous with high-end, blue-chip content thanks to medium and genre re-defining shows such as House of Cards, The Crown and Making a Murderer.

But the view from the armchair has slowly, and sometimes not-so-subtly been changing. For every series like Sex Education and Unbelievable that has been rolled out, has come a Fuller House, The Ranch, Emily in Paris and the circus-within-a-circus Tiger King. 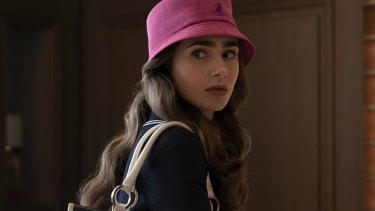 At first blush they have been interpreted as signs that the wheels are falling off the quality TV monster that Netflix has long cast itself as. After all, how could the platform that gave you House of Cards also serve up Emily in Paris and keep a straight face?

In truth, however, something very different is happening. And far from being a sign of decline, the boom in trashy, shallow streaming TV is a measure of even greater ambition.

Like any restaurant which has run out of diners interested in eating steak or seafood, Netflix and its competitors are now investing in cheeseburgers for one reason: they want to push more customers through the store. In simpler terms, if you can't keep going up, go sideways. 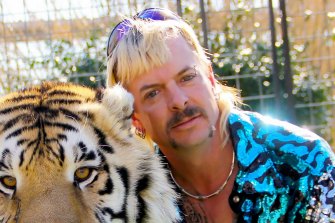 A recent article in The New Yorker, which described Emily in Paris as "thin fictional storytelling wrapped in [an] exotic backdrop", attempted to frame the trend as a shift into mind-numbing "ambient television", citing other examples, such as the renovation reality show Dream Home Makeover and the food/travel series Taco Chronicles.

And when you realise that the objective of a company such as Netflix is simply to sell subscriptions – even if that mission travels in parallel with the complementary mission of making TV – then the programming strategy that gives you House of Cards and Emily in Paris on the same slate suddenly makes sense.

Disney's Netflix-killer Disney+, which is built on the power of the studio's own film library, and the story-rich Star Wars and Marvel franchises, is also expanding launching a new "tile" on its platform that will house, in certain markets, reality TV shows and ESPN-powered sports content.

What is more, Disney has struck a "multi-year, global" deal with the Kardashian-Jenner family, best known for E's Keeping Up With the Kardashians, to produce content exclusively for their platform. If signing up the Kardashians isn't going broad in demographic terms, then nothing is.

Netflix has also announced a push to premiere a new original movie every week this year, and for every blue-chip title they will roll out – Red Notice, starring Gal Gadot, The Harder They Fall with Regina King and Idris Elba, and others – there will be cheesier franchise offerings, such as The Kissing Booth.

The driver of sideways expansion in streaming is being pushed on two fronts: streaming platforms hitting audience plateau points where sign-up rates begin to decelerate, and, with Netflix in particular, an urgent need to replenish the content void caused by major studios, who once licensed content to third parties, taking shows back to populate their own platforms.

Five years ago Netflix's most popular shows were Friends and The Office. Those shows have now relocated to HBO Max and Peacock respectively, and while they are just two (admittedly popular) shows, they are the tip of a studio library iceberg which is disappearing rapidly from the open market. 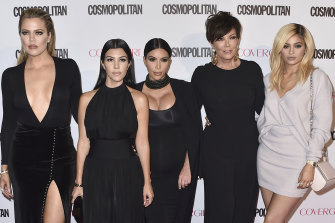 From left, Khloe, Kourtney and Kim, and Kris and Kylie Jenner. Disney has struck a “multi-year, global” deal with the Kardashian-Jenner family.Credit:Invision

So what is actually going on here? Put simply, the strategy of chasing niche audiences with targeted content has taken top-tier streaming platforms as far as it can. The power of the "algorithm" is certainly not diminished, but the longer game is evolving into something which more resembles free-to-air TV: to find the eyeballs wherever you can find them.

And the existential angst that is triggered by the co-housing of these seemingly disparate genres – putting Tiger King alongside The Crown, for example – is more likely born out of snobbery than anything else, and the notion that a show like Emily in Paris somehow detracts from the intellectual heft of everything around it.

But in truth it merely reveals that streaming platforms and free-to-air networks are, despite the sexy headline that one is cannibalising the other, not so different after all. Channel Nine [the owner of this website], for example, is the network that gave you The Sopranos, Sex and the City and The West Wing. It also gave you Chances.

Streaming platforms, with an eye on expansion and revenue, are no different.

Find out the next TV shows, streaming series and movies to add to your must-sees. Sign up to get it every Thursday.