Chatting in the Green Room to antelopes, lions, crocodiles and wildebeest in the cast, I began to realise how much genuine love there is between these animals, despite their on-screen fallings-out.

‘When the cameras start rolling, we’re at each other’s throats, because that’s our job,’ an up-and-coming young hyena explained to me.

‘But off-duty we’re the best of mates. Believe me, you can’t survive in this business without a real sense of teamwork.’ 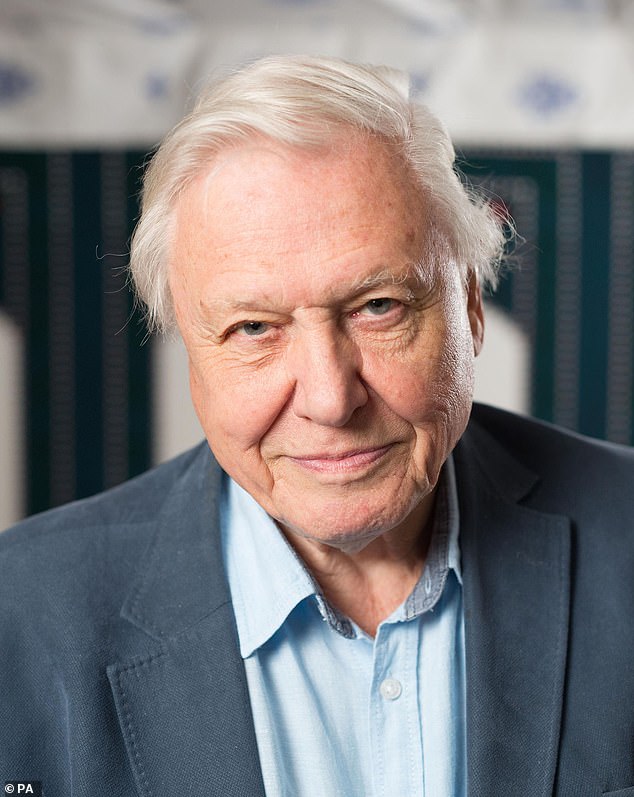 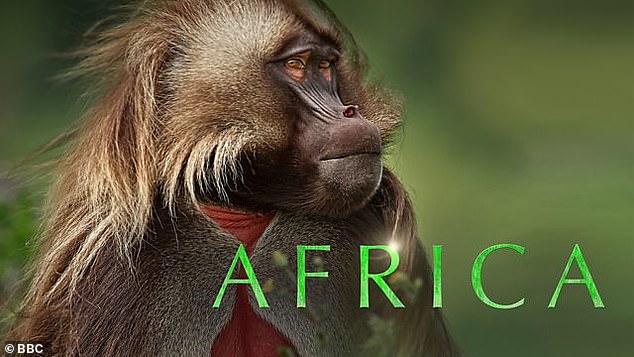 Last week, I began to realise how much genuine love there is between these animals, despite their on-screen fallings-out

This unexpected cameraderie of the wild animals was vividly on display during the next day’s filming.

Most of the animals involved in the shoot were up at the crack of dawn, ready for costume-fitting and make-up.

In the Cosmetics Room, I came upon a young elephant, Ellie, in front of the mirror.

‘For today’s shoot, I’m playing an elderly elephant, so they need me to look suitably lined’, she told me.

As we spoke, Sally — a make-up artiste who has worked with the likes of TV legends Joan Collins and Cap’n Birdseye — was applying extra wrinkles all over Ellie’s body, a job she expected to take three hours or more.

Alongside Ellie was Leo the Lion, a veteran of more than 30 wildlife doctumentaries. ‘To be brutally honest, I’m basically playing myself, so I don’t require much make-up, other than a light dusting of powder and perhaps the merest touch of eye-liner’, said Leo. 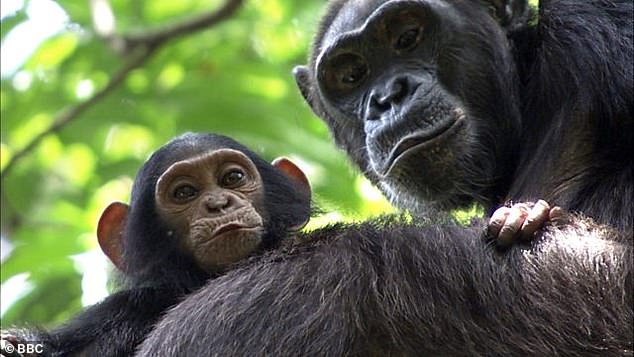 ‘But I do insist that my mane is at its best, so there’s endless blow-drying and back-combing that needs to be done.

One owes it to one’s fans.’ In 2016, Leo won an Emmy for Best Hairdo in a One-Off Wildlife Documentary.

Next to Leo sat movie legend Gillian the Giraffe, who was last seen on our screens being brutally attacked by a crocodile, near a swamp.

‘It was all shot at Pinewood, darling,’ she told me, ‘and of course the crocodile and I go back 30 years, all the way to Animal Magic with Johnny Morris, who was always an absolute darling.’

For her famous crocodile-attack, Gillian needed a lot of stage blood smeared over her legs, but on the day of my visit the only make-up she needed was a little mascara. 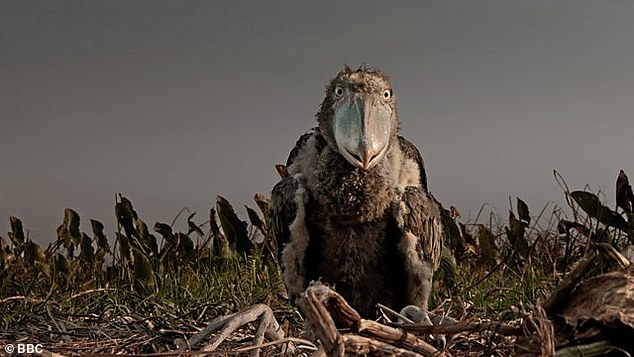 However, the make-up process required a complicated system of scaffolding, and the roof above her chair had to be raised 20ft or so.

At 8am, filming commenced. I watched as a cheetah and a zebra rehearsed a chase sequence over and over again.

‘Simply super, darlings!’ shouted their fight director after they had completed their umpteenth quarter-mile sprint.

‘But could we try it just once more, and this time, Zebra Sweetie, would you try looking back over your shoulder? Give the cheetah a nasty look as he bites into your ankle, darling!’

After the shoot was over, I shared a cappuccino with the zebra.

He told me he loved appearing in David Attenborough’s shows, but he some times yearned to play something other than the victim.

‘These wildlife directors are always stereotyping zebras,’ he said, unwrapping a KitKat with his hoof. ‘ 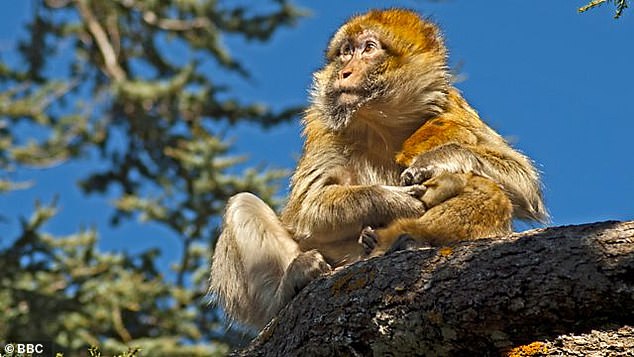 Most of the animals involved in the shoot were up at the crack of dawn, ready for costume-fitting and make-up

‘I can do aggressive, romantic, happy, heartbroken, heroic, the lot — but all they ever ask for is victim!’

‘Tell me about it, love!’ chipped in a passing antelope.

That afternoon, I watched the filming of a fight between a warthog and a porcupine. ‘It can take anywhere between four and five hours to ensure all the tiny little protectors are in place on the porcupine’s quills,’ said the Health and Safety officer.

‘For us, the well-being of the warthog is paramount.’

Finally, I was one of a select group of people invited to watch Sir David shoot a very intimate scene between a male and a female Black Mamba.

‘I only ever agree to do these scenes if I consider them artistically valid,’ the female Black Mamba explained to me, as the lighting-director busied around her.

She’s had a busy year.

‘Last week, I had a slither-on role in I’m a Celebrity, and next week, I’m off to Colombia, for a cameo in Narcos.’