I know, I know: It isn’t even spring yet, but all I can think about is soaking up the summer sun. In fact, I’d love to be lounging on a pool with a drink in one hand and a book in the other — but it’s currently February, and that would be a very cold experience. If you’re feeling the same way, you can look forward to the new Inflatable Party Island floats at Sam’s Club. That’s right: The giant bird-shaped floats that you love are back again — and this year, they’re filled with glitter. In other words, you’ll be able to sparkle in the sun while you’re floating on the water with your best buds. Sigh. Is it summer yet?

If you’re familiar with the Party Boat Island floats at Sam’s Club, then there’s a good chance you’ve seen (or floated on) the company’s popular flamingo float last year. Heck, if you’re a Party Boat Island enthusiast, there’s also a good chance that you’ve ridden on the unicorn or peacock floats. If that’s the case, then you’ll be happy to know that the company added two new designs to the collection this year and gave the beloved flamingo a glittery upgrade. With that being said, you’ll have three new float options to choose from for summer 2019 (or whenever it gets hot where you live). 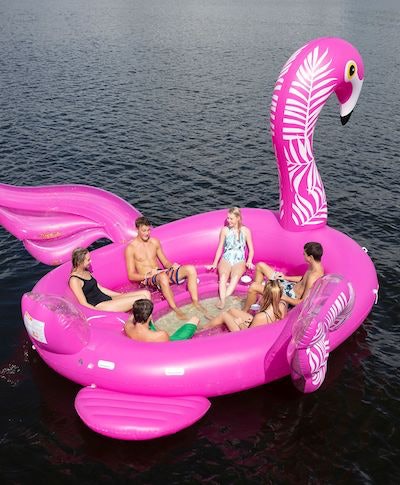 Those new options include the Sunny Swan Island, the Fanciful Flamingo Island, and the Bay Breeze Boat Island. (To find each one, locate the dropdown menu on this product page and pick your favorite.) Unfortunately, the unicorn and peacock floats aren’t on sale anymore, per Sam’s Club. However, once you read more about the company’s new options, you’ll be making room for your new floats.

Let’s start with the Fanciful Flamingo Island. According to Sam’s Club, the bright pink flamingo-shaped float features eight cup holders, a cooler, and a seating area fit for six people. Sure, it might look similar to last year’s flamingo float — but there’s one main difference: GLITTER.

As I previously mentioned, the upgraded Fanciful Flamingo Island is filled with glitter, which you can see in the photo below: 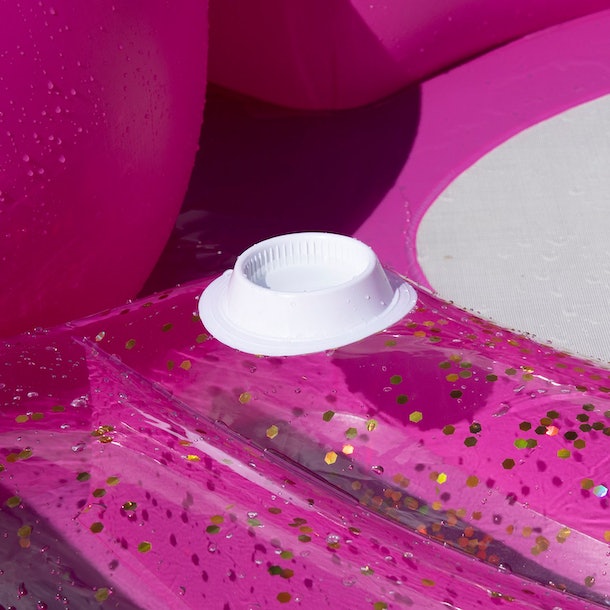 It’s glamorous, to say the least.

Thankfully, the Fanciful Flamingo Island isn’t the only new float at Sam’s Club that’s filled with the sparkly stuff. According to the company, the new Sunny Swan Island also contains glitter. In addition to the glitter, the brand new swan-shaped float is wearing a crown so you can lounge like royalty. Like the flamingo float, the Sunny Swan Island also features cup holders, a cooler, and enough room for six people.

Since you didn’t see this beaut floating around last year, take a look at the majestic creature below: 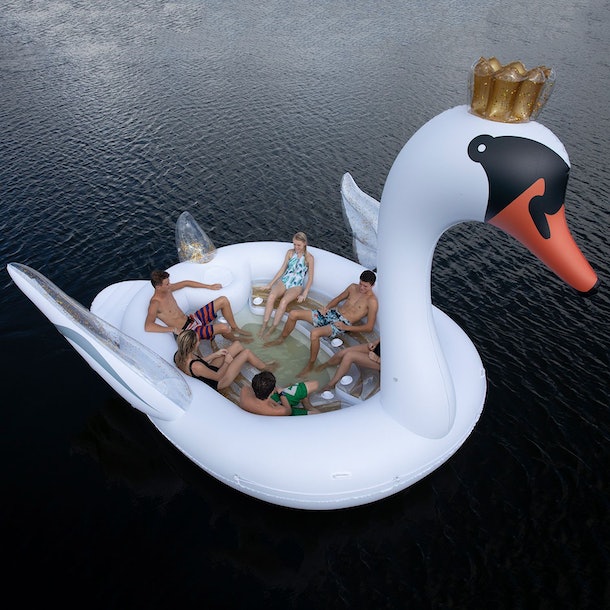 I can’t forget the glitter. 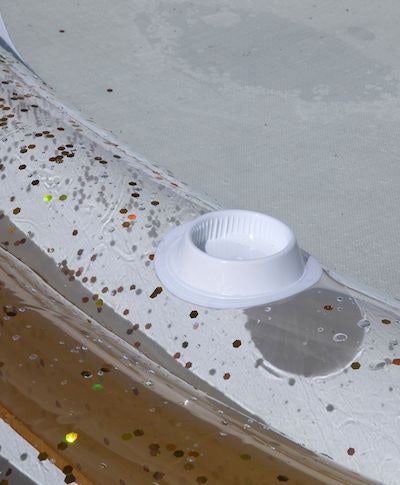 The last Party Boat Island float that I want to talk about is the new Bay Breeze Boat Island. For the record, it isn’t shaped as a bird. Instead, it’s shaped as a speed boat and features blue accents that’ll make your photos pop. Like the others, it fits six people and features cup holders and a cooler. 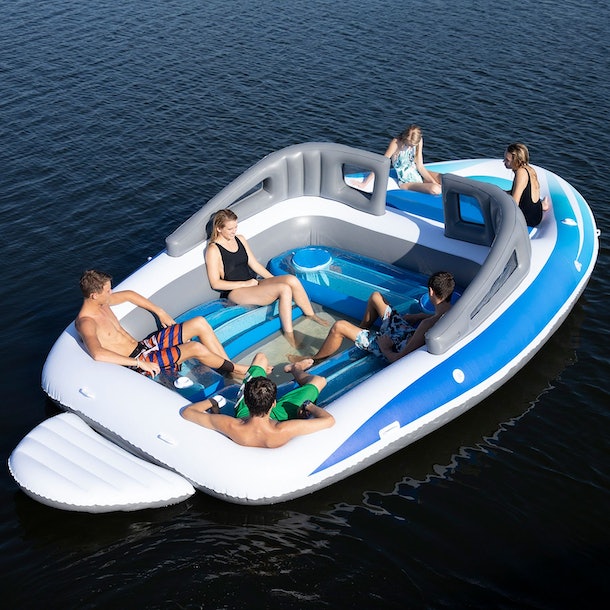 If you’re hoping to add one (or all) of these to your summertime float collection, you can buy them on Sam’s Club website for $169.98 each. Sure, that’s a lot of money — but it’ll be a lot cheaper if you split it with your friends. I mean, let’s face it: You’ll probably be lounging with them, anyway.