Not only do they know each other, but they seem like pretty good friends. There are several photos of them together on their Instagram feeds, and according to Reality Steve, they were even roommates during the Miss USA 2018 pageant. Since The Bachelor started filming, both women have been succeeded by the 2019 Miss Alabama and Miss North Carolina winners, but because Hannah and Caelynn still held their titles when production for Season 23 started, that’s what’s listed as their occupation in their ABC bios.

Now, though, they’ve gone back to non-pageant life. According to her bio, Hannah is currently working as an interior designer. Caelynn hasn’t updated her LinkedIn since her Miss North Carolina reign ended, so it’s a little more unclear what her current occupation is. But her ABC bio says she went to school for broadcast journalism, so she could be in that field post-show.

However, Caelynn is all Miss North Carolina all the time while on The Bachelor. Press photos reveal that she even shows up on night one in a Miss USA-inspired sash, except this one says Miss Underwood, since that’s Colton’s last name. 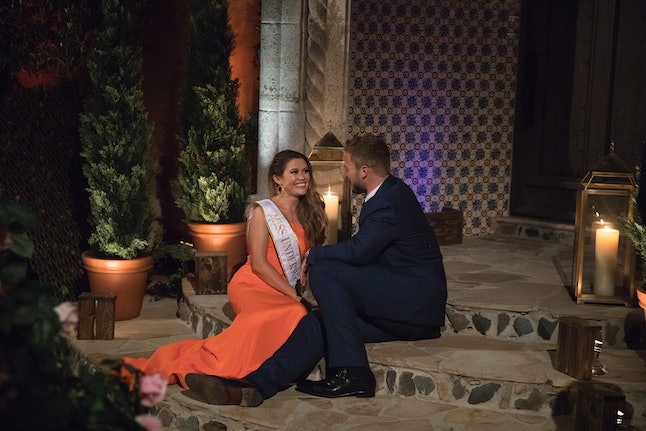 Hannah B. didn’t do the same, which is probably for the best because it would have painted them as two peas in a pod before they even had a chance to show who they are as individuals.

Instead Hannah seemingly brought Colton some kind of fake pill bottle that has the word "gas" written on it for some reason. Interesting choice, for sure. 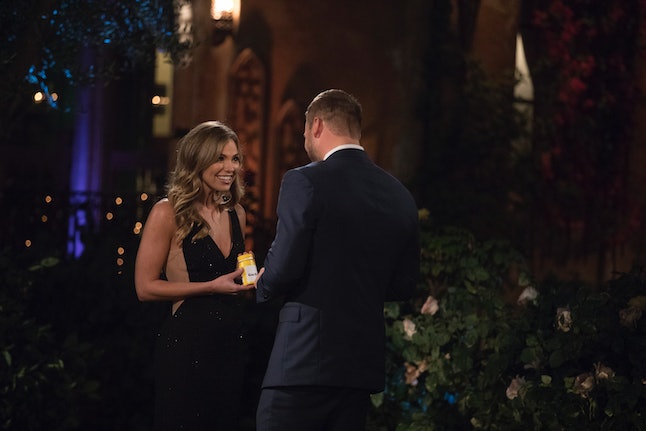 It makes sense that Caelynn would want to highlight the Miss USA portion of her life for Colton, because she nearly won the whole Miss USA pageant. Her bio says that Caelynn was the first runner-up, which means she got second place. By contrast, Hannah didn’t even make the top 15, per Heavy.

It’s worth noting that Miss USA and Miss America are different competitions, by the way. Caelynn and Hannah were both Miss USA contestants, whose pageant doesn’t have a talent portion like Miss America does.

The fact that Caelynn and Hannah were in the same pageant in the same year certainly guaranteed that they’d come into contact with one another, but the Miss North Carolina USA Instagram page reveals that there’s a long trend of Miss North Carolina and Miss Alabama spending time with one another. The two 2017 contestants were also close. And Hannah and Caelynn continued that tradition.

For example, they visited a military hospital together with some other Miss USA contestants.

And they also went to Washington D.C. together.

In this photo caption, Caelynn even referred to Hannah as one of her sisters.

And here they are at the Miss USA competition together.

It remains to be seen if the duo will tell Colton and the other women that they already knew each other before filming. In any case, it will certainly make being on the show easier with a genuine friend nearby.