Yes, your house guests ARE judging you! People reveal the most bizarre things they’ve spotted in someone else’s home – including a decomposing mouse and a collection of taxidermy TURTLES

While humans are said to be creatures of habit, it seems that such routines differ depending on the person – and house.

In an amusing gallery compiled by Whisper, people from across the globe have shared some of the weirdest things they’ve seen or experienced when visiting someone else’s abode.

Among the stories include one visitor who stumbled upon a collection of taxidermy turtles in the basement, and another who walked in to see her pal’s dad eating horseradish with a clothespin on his nose.

Here, FEMAIL has shared some of the other strange anecdotes that really have the shock factor… 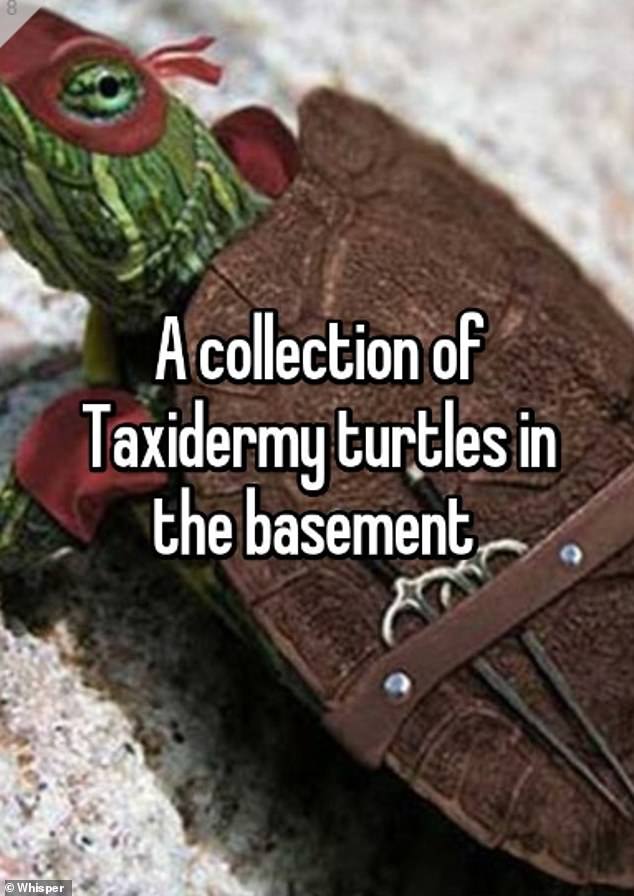 Shell shocked! One pet loving visitor, from the US, had the shock of his life when he headed down to the basement – and found a collection of taxidermy turtles 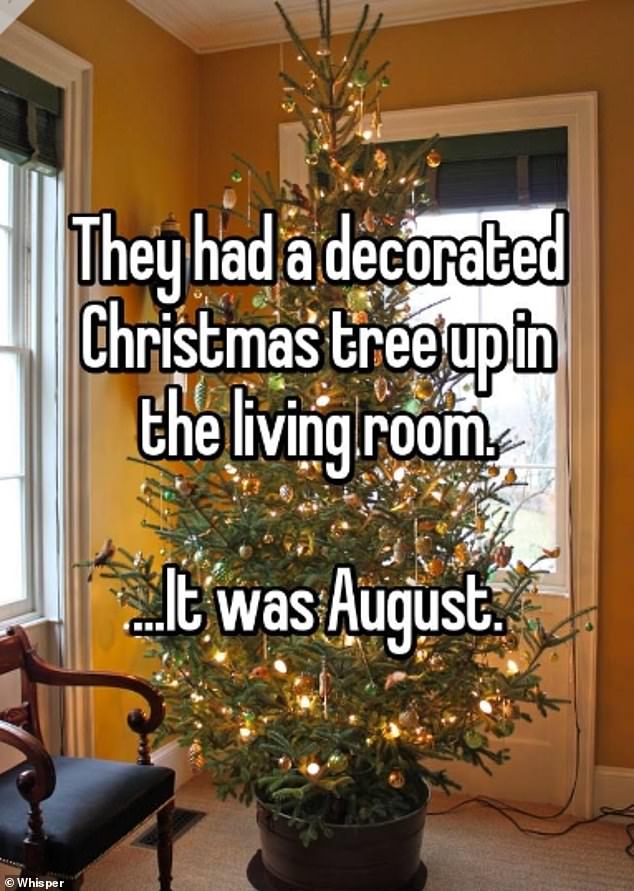 That festive feeling! Another house guest, from the US, thought she’d stepped into a walking winter wonderland, before quickly reminding herself it was the middle of August 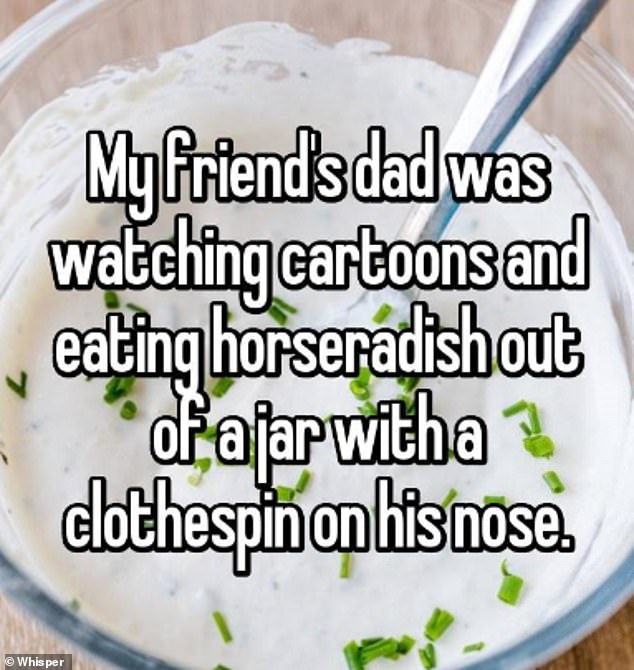 Each to their own! This US-based woman is still wondering why her pal’s dad was sitting there with a clothespin on his nose while eating horseradish out of a jar during her last visit 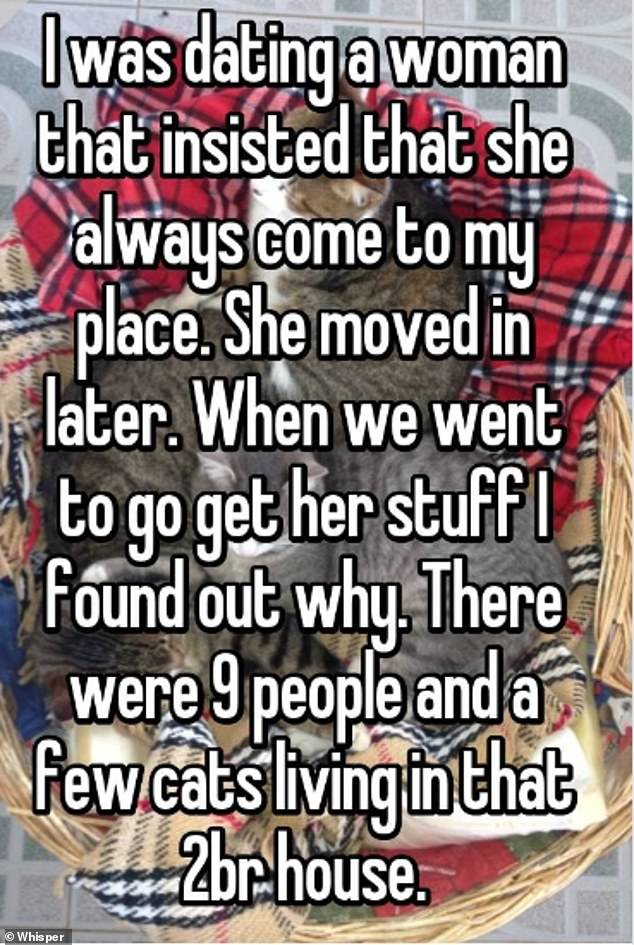 And they say three’s a crowd! One man, from the US, soon discovered why his girlfriend was eager to move in with him…because she had a house-full 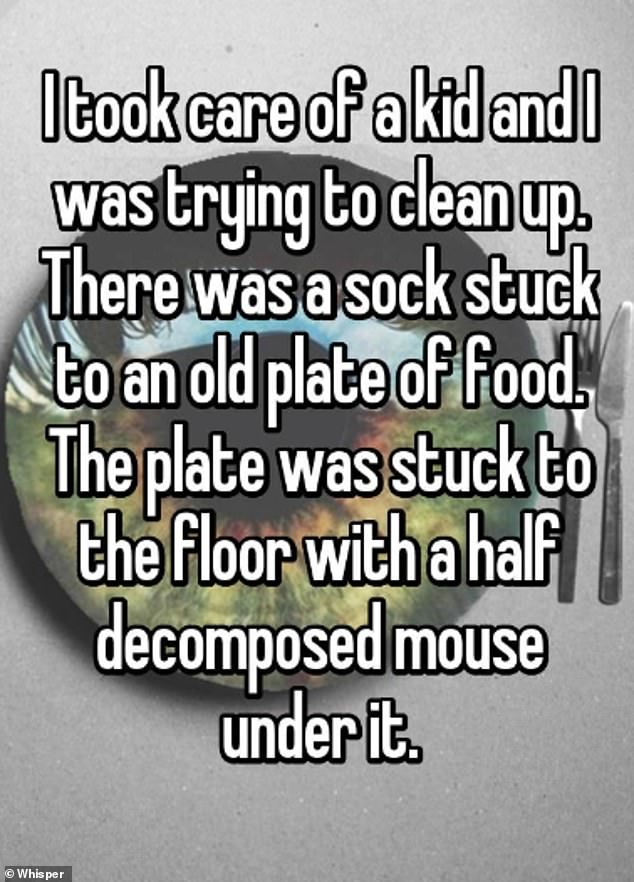 Pull your socks up! One homeowner, from the US, is clearly slacking on the housework after their guest found a sock and decomposed mouse underneath a dirty plate 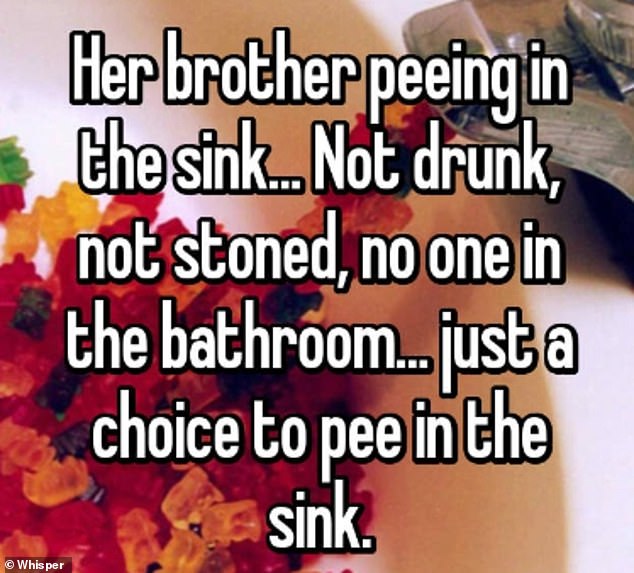 Bog standard! Another US-based woman was horrified to walk in on her brother peeing…in the sink 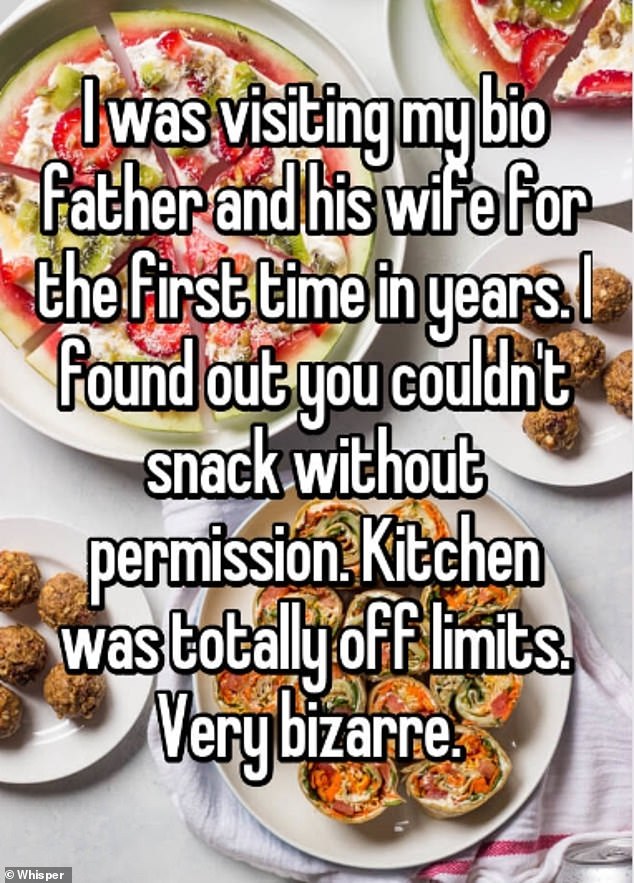 Out of order! Another man, from the UK, was gutted when he found out he had to ask permission before snacking at his father and wife’s house 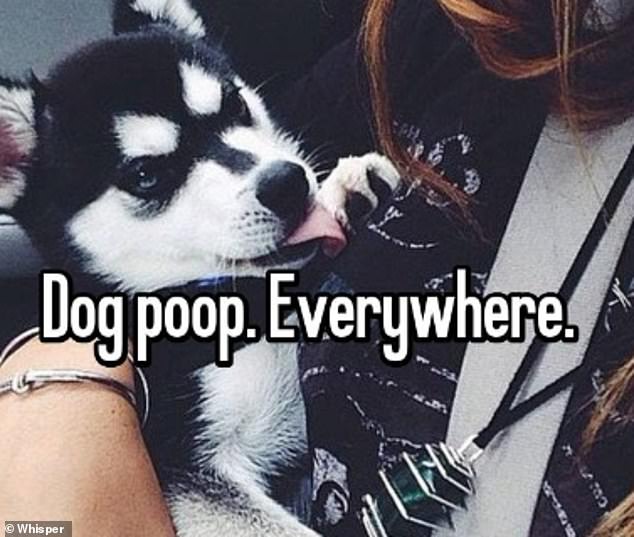 Barking mad! Another house guest, from the US, was disgusted to find the homeowner hadn’t cleared up after his dog 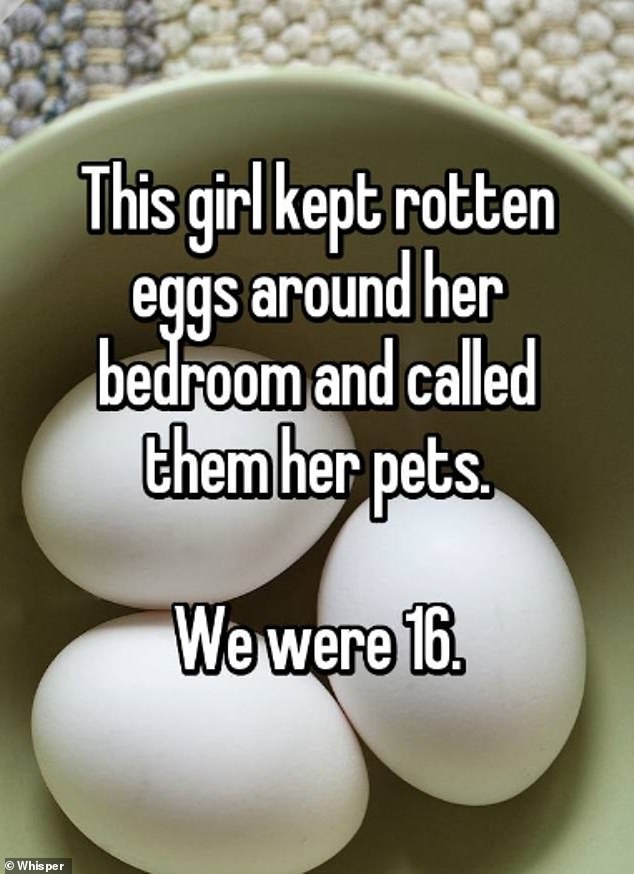 That’s rotten! A further US-based house guest told how her friend kept rotten eggs around her bedroom and referred to them as her ‘pets’ 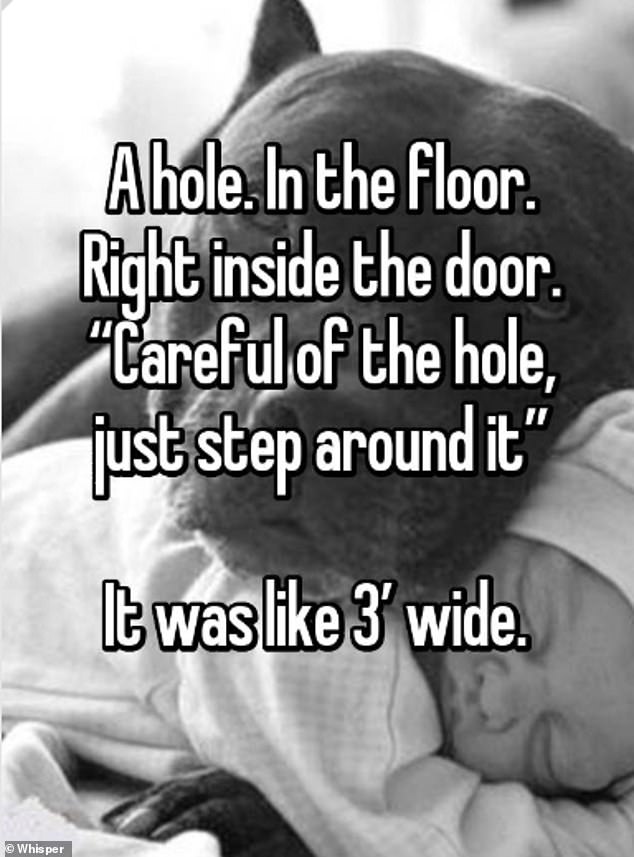 Mind the gap! One visitor, from the US, nearly didn’t make it inside the house at all after almost stepping into a massive hole 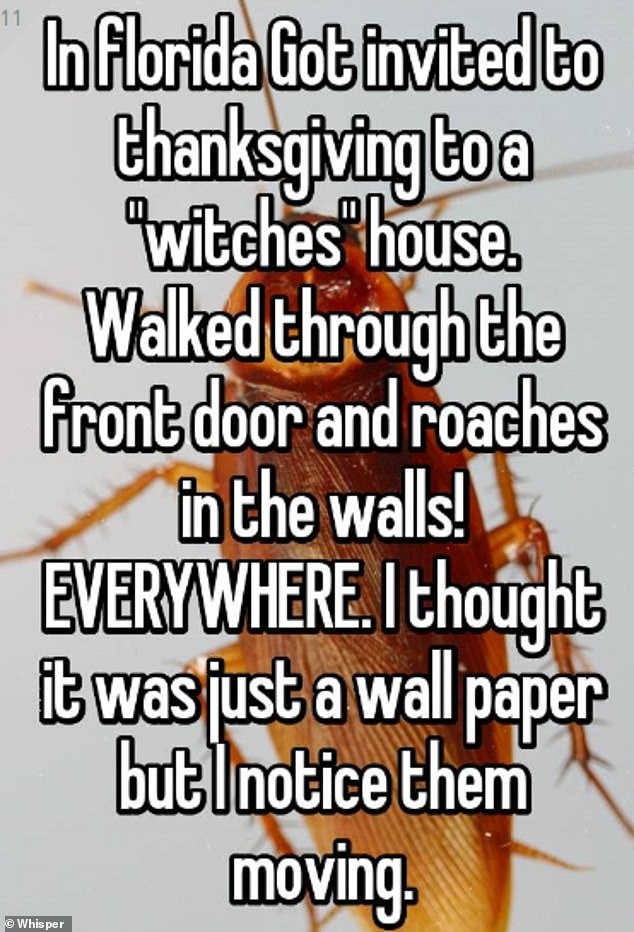 Off the wall! Another person, from the US, was grossed out when they discovered the cockroaches weren’t just a pattern on the outdated wallpaper… 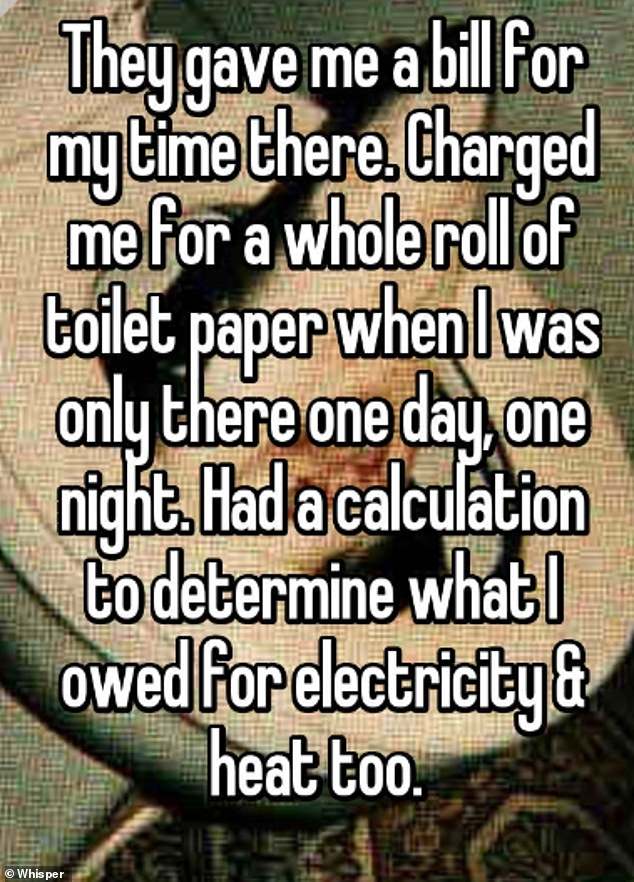 Sums up! A further US-based person who stayed at a friend’s house for no longer than a day was surprised to be handed a bill when he came to leave 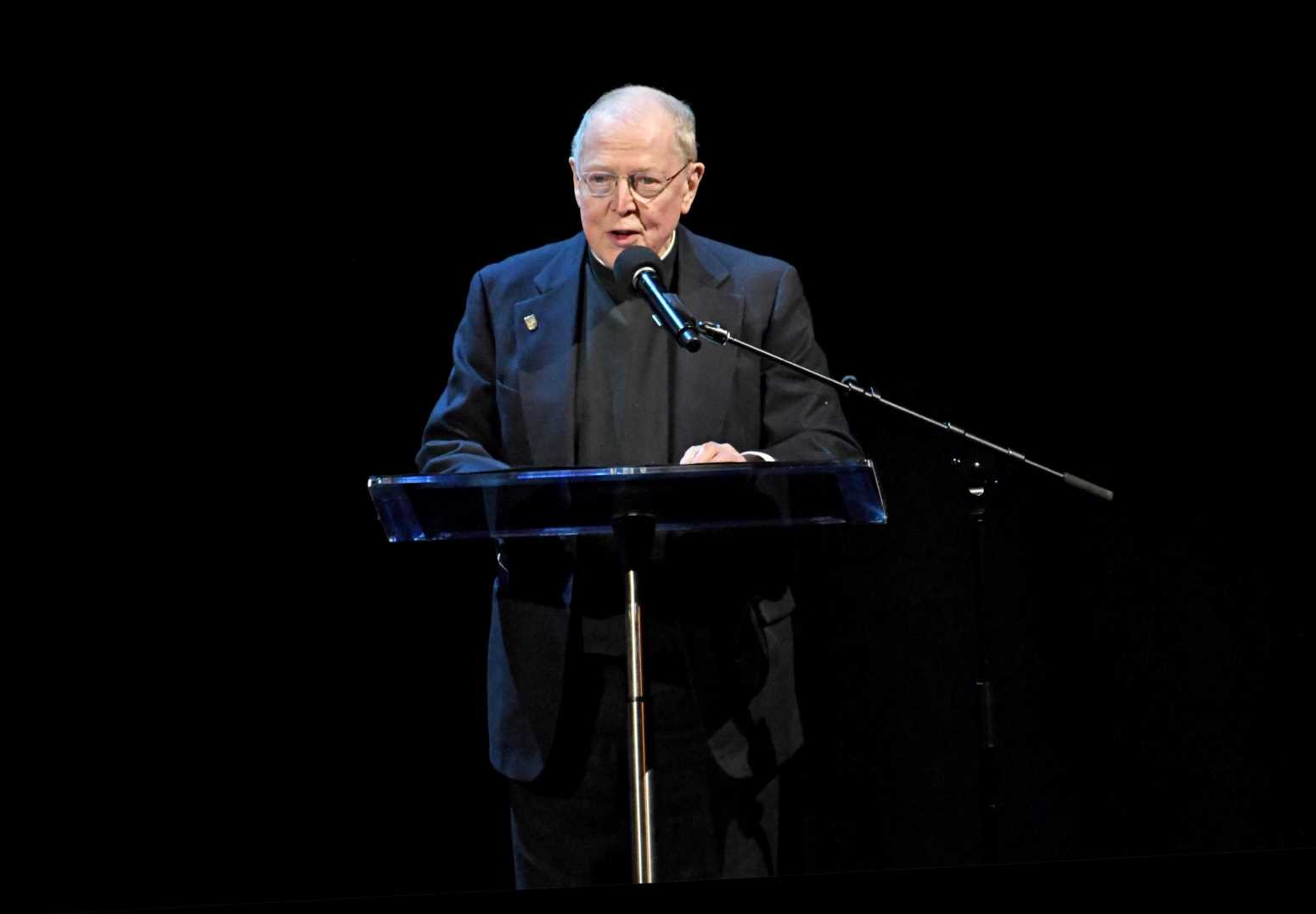 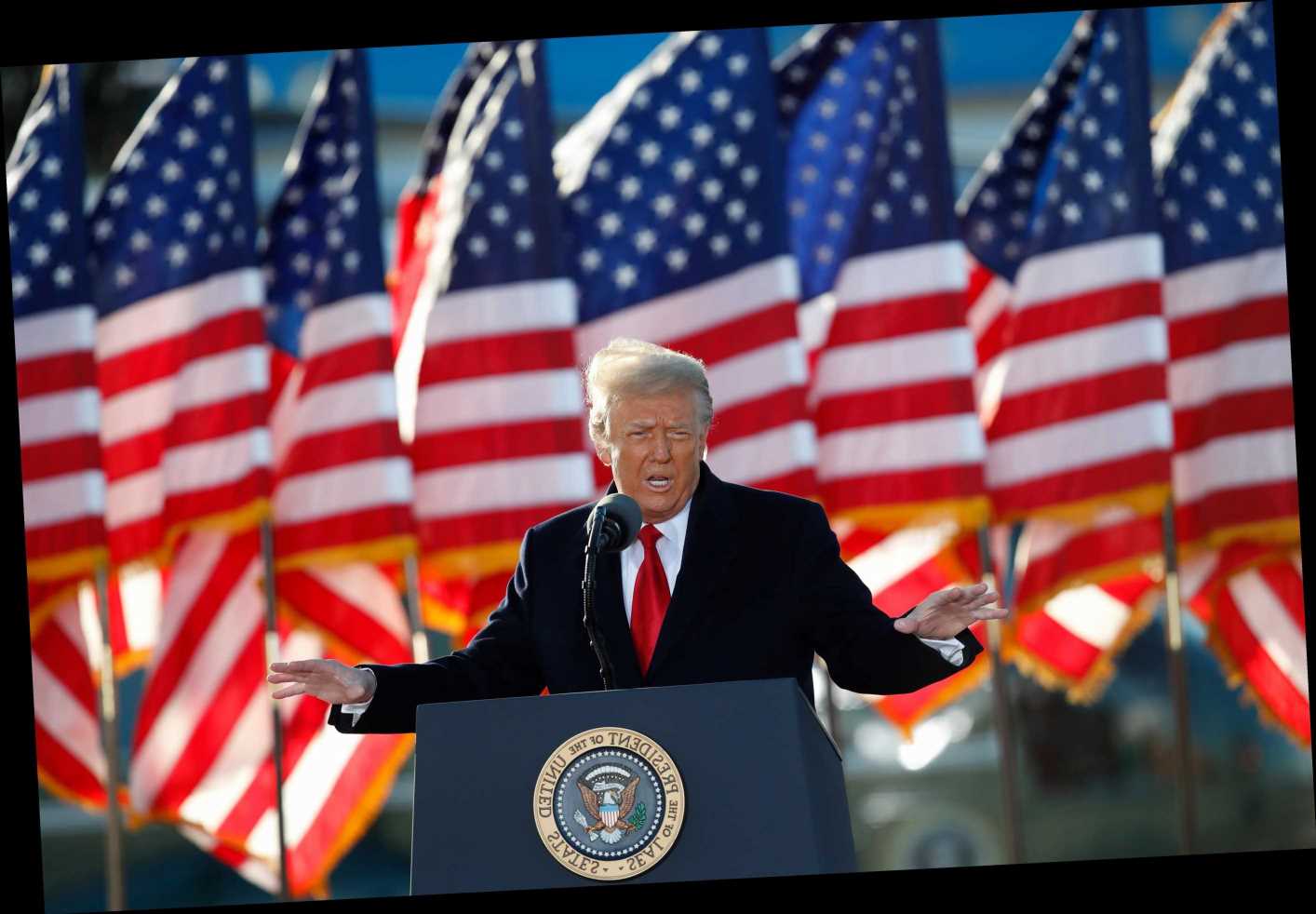