Revealed: How names inspired by royalty, power couples and TRAINERS are set to be big for 2019 – but would YOU call your child Diadora?

While official statistics have revealed traditional names including Olivia and Amelia for a girl and Oliver and Harry are the top baby names for 2018​, it’s likely new parents are going to get a little more imaginative come 2019.

According to BabyCenter, this year’s biggest trends and news stories will have a huge impact on baby name choices around the world next year – and there are some rather unlikely contenders.

Trainer brands, royals and power couples are all set to inspire new mothers and fathers in the coming year, according to the parenting website.

BabyCenter believe popular culture influences will have a huge impact on baby name choices – including trainer brands, royal events and power couples (This is a stock image)

BabyCenter’s list of predictions for the trendiest baby names for 2019 reveals you’re in luck if you’re an avid trainer collector.

They revealed that both Van and Chuckland Taylor – another name for Converse – were among some of the baby names chosen among parents this year.

And with Nike shoes having a whole host of styles including Monarch and Jordan, while Adidas has Stan, Smith and Falcon, they’re guessing next year’s trends will be fashion-focused, too.

But with Diadora, Fila and Puma gaining popularity among shoe fanatics, could these be possible baby names to storm up the popularity ranks? 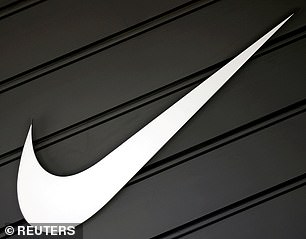 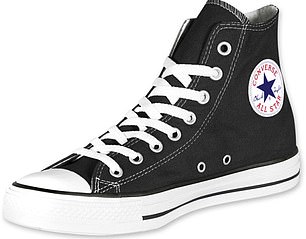 According to babyCentre, unusual baby names that may top the 2019 leader board include those inspired by popular trainers

BabyCenter also predicts that royal events will have a huge impact on baby names hitting the popularity charts in 2019.

With Prince William and Catherine, the Duchess of Cambridge, welcoming their third child, Louis Arthur Charles into the world back on April 23rd, it comes as no surprise that the name Louis increased by 17 percent this year.

So it’s likely that his middle names Arthur and Charles will be cropping up in nurseries around you soon as well.

Then we have Prince Harry’s wedding to former Suits actress Meghan Markle, which saw her name increase by 49 percent for girls.

‘She has since announced her pregnancy, due next year,’ said babyCenter.

‘We predict her baby name choice will influence parents around the globe.’

Another royal event which may impact 2019’s choices is the marriage between Princess Eugenie and Jack Brooksbank which took place in Windsor back on 12th October – so could their names be topping the girls and boys leader board soon? 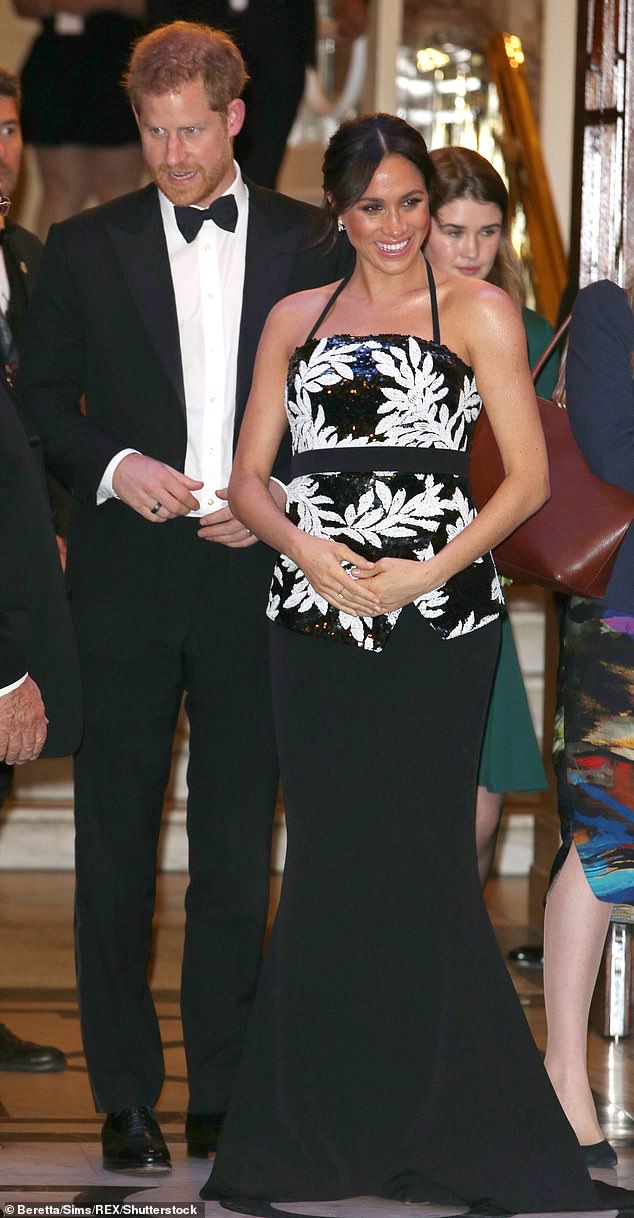 Prince Harry and Meghan Duchess of Sussex arriving at The Royal Variety Performance at the London Palladium on 19th November. It wouldn’t be a surprise if their choice of baby name inspires new parents across the globe 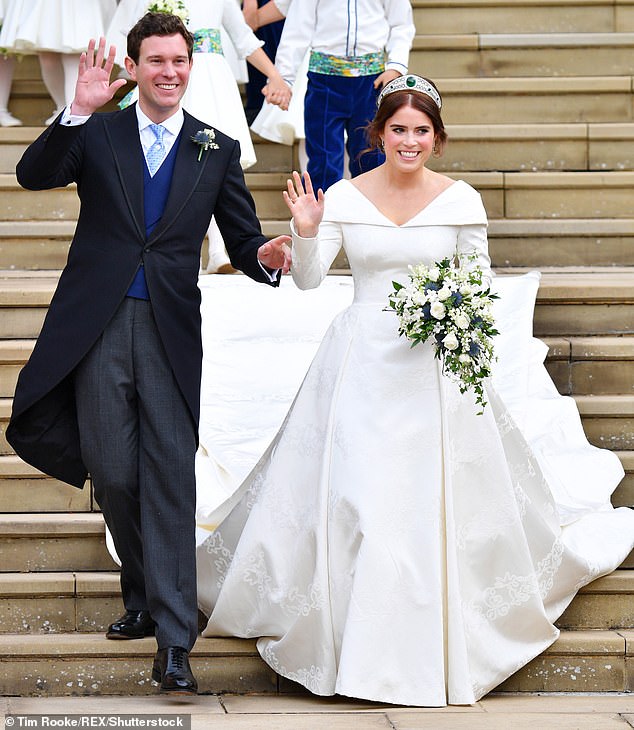 Jack Brooksbank and Princess Eugenie tied the knot in Windsor, Berkshire back on 12th October – could both of their names increase in popularity next year?

Taking a look back over the past year, it seems as if love was in the air in 2018.

With several A-list celebrities getting engaged, including Justin Bieber popping the question to Hayley Baldwin and Ariana Grande’s whirlwind five-month engagement to Pete Davidson, could their influence over the headlines inspire new parents in the year ahead?

Just like the proposal acceptances, according to BabyCenter, the answer is yes.

‘With all the publicity, these power couples just might make their mark on baby names,’ they predicted. 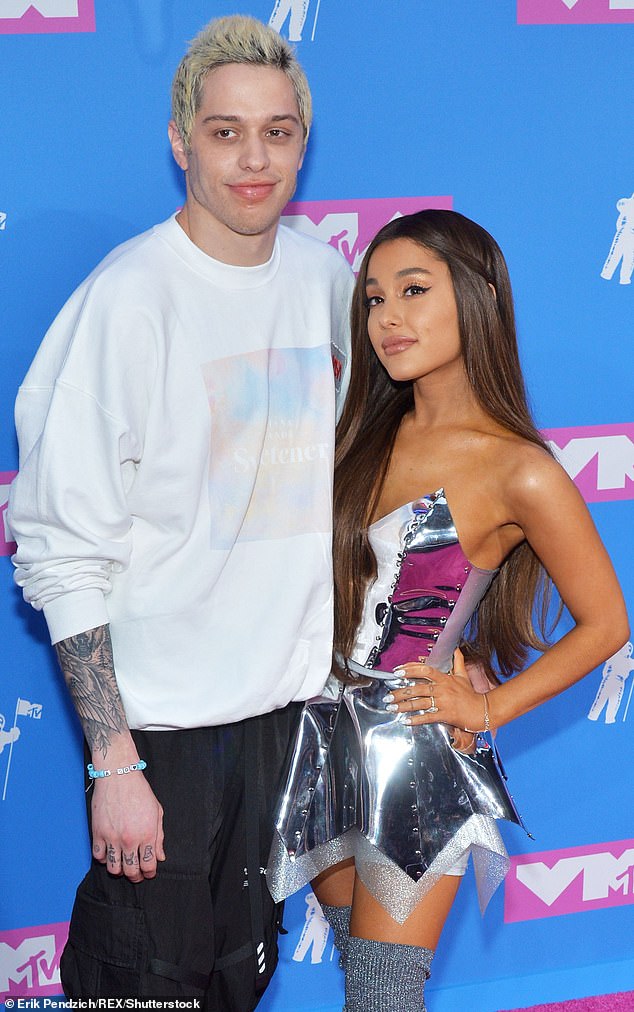 Ariana Grande and Pete Davidson called off their whirlwind engagement after just five months, but did their relationship last long enough to influence next year’s baby names? 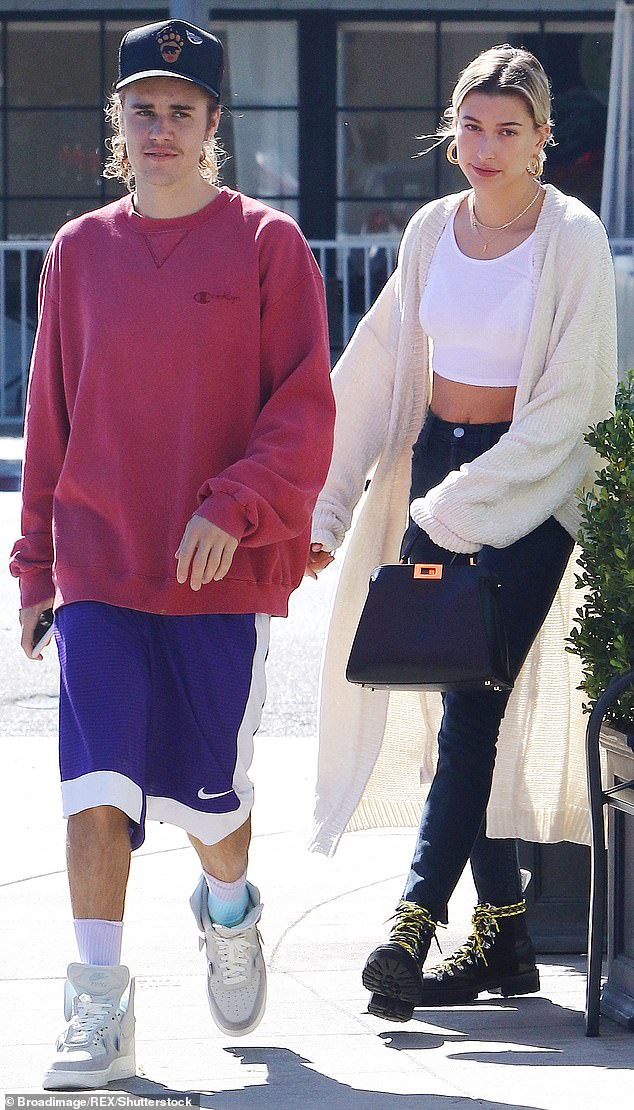 Canadian pop star Justin Bieber is engaged to US model Hailey Baldwin – so could the names of this power couple increase next year?