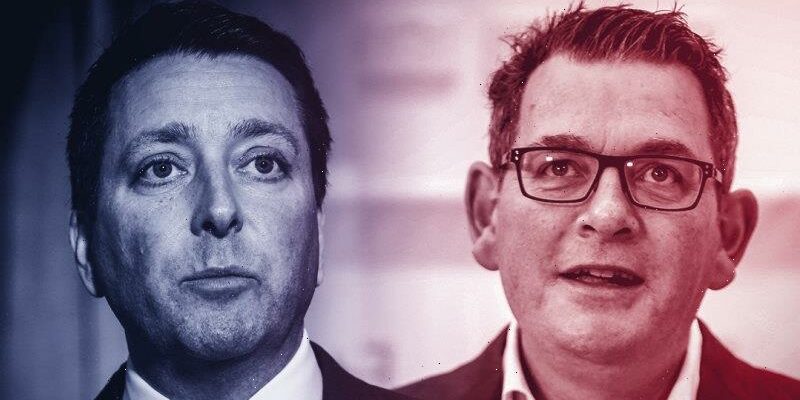 Richmond. Melton. Hawthorn. You could not get three more disparate state electorates.

Richmond, as Bianca Hall reports, is a heritage Labor seat – a place where in the old days, factories, cheap housing and a scrappy footy team made it a bastion of Melbourne’s left-wing working class. Now it’s marginal. Young, affluent knowledge-industry workers have moved in to live cheek by jowl with the older Greek and Italian migrants and housing commission tower residents. They’ve changed the tone in a way that’s steering Richmond towards another flavour of left politics: the Greens. 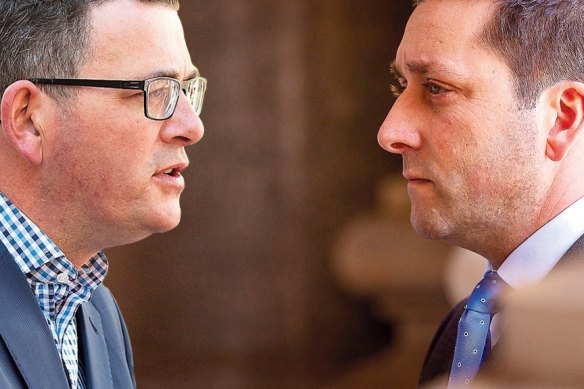 As Daniel Andrews and Matthew Guy face off in the state election, we’ll be taking a granular approach to what’s happening on the ground.Credit:Fairfax Media

Not helping Labor’s cause is the somewhat disgruntled departure of long-time incumbent and planning minister, Richard Wynne.

Hawthorn, before November 2018, would have been considered the safest of blue ribbon Liberal territory. Then, as Clay Lucas will recall in a feature story tomorrow, Liberal MP John Pesutto lost his job (live on air during election night coverage). The professionals and young people now inhabiting Hawthorn’s growing number of apartments rejected the “tough on crime” policies of the Matthew Guy opposition. The tension in this election is whether Labor can hold the seat against a resurgent Pesutto. And can the teals make their presence felt when state issues are at play and Victoria’s donation laws crimp their ability to raise money?

And then there is Melton. In any discussion of marginal seats before now, this far-west suburban electorate would have been considered safe as houses for Labor. But as Rachael Dexter will write on Sunday, many feel it has been forgotten by the government. Here, where the population is younger, poorer, more multicultural and growing faster than in Greater Melbourne, infrastructure has not kept pace with growth and frustration is building. Add a strong local independent (a brain scientist, no less) and a dedicated effort by the Liberal Party to a restless undercurrent of anti-lockdown, anti-Dan sentiment, and this seat is in Labor’s danger zone.

Three seats, three quite distinct local contests, three examples of how Melbourne is changing. Between them they will stretch Labor’s ability to meet the diverse desires of its various constituencies. So, it’s these three seats that our reporters will be focusing on, blow-by-blow in the lead up to the November 26 election.

In any election campaign there is the high-level messaging – the day-to-day announcements that capture those precious minutes on the evening news and vie for the front page or the top of our homepage. There’s the polling (which shows Matthew Guy well behind) and the often narky politics of any campaign. All these things are important and we will be covering them.

But under the radar, in key marginal seats, an entirely different battle is being waged: of doorknocking and leaflets and social media posts on community pages; of candidate forums and corflutes and discussions in pubs. Those are the battles that, in these three seats, we will cover at much more granular level.

We did something similar for the federal election, when our reporters followed the fascinating campaigns in Kooyong and Goldstein (both ultimately won by teals against the Liberal incumbents), and Chisholm (which Labor took from the Liberals). Having reporters on the ground in those places provided invaluable insights, and those cumulative stories – what we described as “slow blogs” – attracted dedicated readerships. We hope the same will be the case this time around.

Clay Lucas in Hawthorn, Bianca Hall in Richmond and Rachael Dexter in Melton will be there almost daily, talking to ordinary people and community leaders, observing the local battles, and live-blogging from the candidate forums. In Melton no forum had been arranged, so The Age has organised one. I’ll be hosting that on November 8 and it’s almost sold out already. There will be a special place on our homepage where you can find all these updating stories as the campaign progresses.

This approach is part of our effort to be different, better, more valuable to our readers. The other key part of that is Victoria’s Agenda, which we launched on October 10 and looks to explore in detail the questions you want politicians to be talking about as they seek your votes. That continues, with stories being added daily probing the six key questions you have identified as important.

Between these two special projects and our daily campaign coverage, we want The Age to be an indispensable guide to what’s important in state politics.

Michael Bachelard sends a newsletter to subscribers each week. Sign up to receive his Note from the Editor.