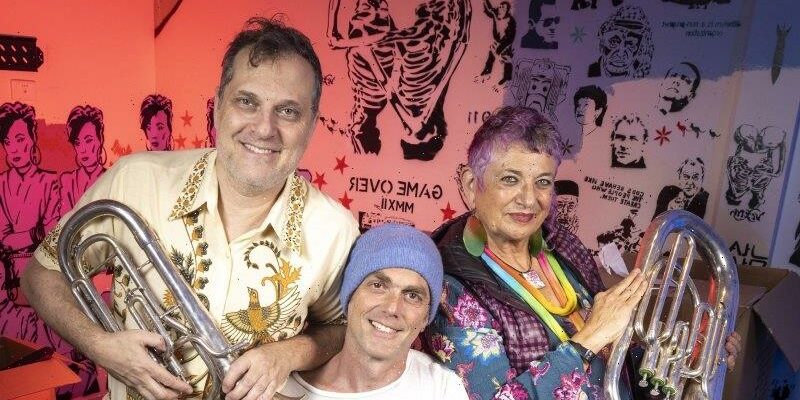 The Yiddish language, a fusion of Hebrew and a number of European languages, including German, has been around for more than 1000 years. At its peak, more than 10 million people spoke this hybrid tongue, but the Holocaust almost wiped it out. Since the war, Yiddish has largely been limited to members of the Hasidic community. But in Melbourne, which is helping lead a global resurgence of the language, it is finding new currency among hipsters and Orthodox alike.

Sonya Goldberg is one of a growing number of Jewish locals reconnecting with their roots by learning to speak Yiddish as an adult. While at university, they started thinking about language as a form of cultural inheritance, and as a way of connecting to history and ancestors. 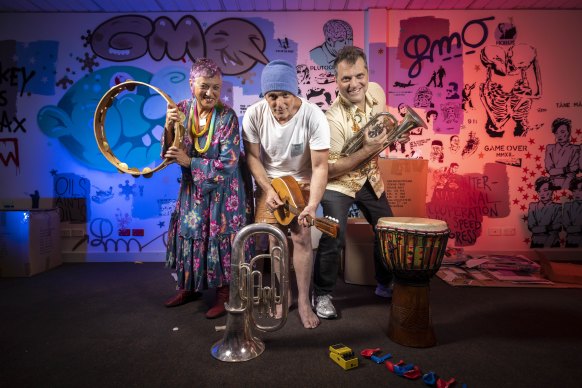 “I was doing Indigenous studies and thinking about language lost,” they say. “It made me reflect on this language that had been in my life but pushed aside.”

Until then, Goldberg had thought of it largely in terms of negative associations – “it’s the language of the Holocaust, it’s the language of Europe, why would you speak it?” – but thinking about their ancestor’s language through the prism of another group made them think differently.

“It made me feel language can hold so much culturally, memories of hundreds and hundreds of years lived in Europe, and I wanted to go into that,” they say.

But learning Yiddish is no mean feat. While Goldberg has taken a class each week for the past three years, learnt some Hebrew as a child and recognises many of the Germanic words that are also common from English, they do not yet feel fully conversant. Because Yiddish was spoken across such a wide geographic area, and has so many variations, “everything has its own flavour”, Goldberg says. 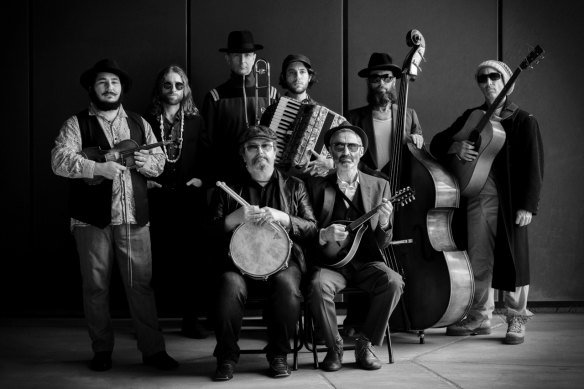 A slightly larger incarnation of YID! At its biggest, the band comprises 22 musicians.Credit:David Urbinder

“Also, Yiddish isn’t committed to word order. It’s confusing, you can say words in whatever order, it’s not like English, so that’s kind of perilous for a beginner. I’m just like, ‘Give me that formula back’.”

According to Rachel Chrapot, CEO of the Kadimah Jewish Cultural Centre in Elsternwick, Melbourne is in the midst of a Yiddish revival. “I don’t think it’s reached its peak,” she says. “It’s on a trajectory.”

Chrapot says increased interest in the organisation, which runs Yiddish language classes, hosts events, and has its own theatre group and library, has come from several directions. “We’re attracting more and more a younger cohort who are looking to reconnect with their Jewish cultural side without having religion as its key focus,” she says. “They see the Yiddish language and culture as something that harks back to history – their grandparents, who perhaps they never connected with – and they are finding that community.”

Then there are people who are not Jewish but have looked into family histories and found some sort of connection they want to explore. She says many of these emerged post-COVID, perhaps as people reassessed their place in the world and their core values. 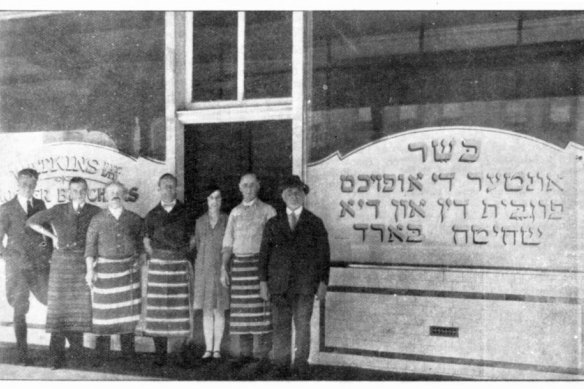 A kosher butcher shop in Carlton in 1929. The epicentre of Melbourne’s Jewish community moved south after WW2, but now Yiddish is finding younger adherents outside the religious community north of the Yarra.Credit:Yiddish Melbourne

According to Chrapot, there’s also been a geographical shift: a strong Yiddish community has developed northside, “outside the shtetl [Yiddish for village] core that is based around the synagogues and community centres of Caulfield, East St Kilda and St Kilda. [They] are younger, maybe hipsters … not necessarily in traditional family environments.”

Simon Starr is doing his bit to introduce a new generation to Yiddish culture. A former guitarist with Joe Camilleri’s band, the multi-instrumentalist is the founder of YID!, a 22-person band that includes an eight-piece horn section, a six-piece rhythm section and a two-piece electronica section.

Vocalists include Alma, Syd and Hettie Zygier – the children of Deborah Conway and Willy Zygier, who also plays in the band – and Husky Gawenda. Playing a mash-up of Yiddish songs combined with elements of electronic dance music, Weimar Republic cabaret, free jazz and indie-pop, plus a little late ’70s funk, it’s a big-band sound with a difference.

Speaking before rehearsals for YID!’s album launch on Saturday, Starr says a YID! performance is “the sort of thing you really have to see to understand. A lot of people love the music, but after they’ve seen the show they get the mixture of utter chaos with absolutely precise performance. There’s a lot going on.”

In Elsternwick on Sunday, the Melbourne Jewish Food Festival will put all things culinary front and centre. American author and TV host Joan Nathan – spruiked as being to Jewish food what Julia Child is to French – will be in conversation with local cook and author Alice Zaslavsky and Sydney’s Monday Morning Cooking Club. There’s also cooking demonstrations, classes for kids and a home-baking competition.

Chrapot says all Melburnians are welcome to events such as the upcoming One Voice Festival in March, which sees Selwyn Street, Elsternwick – home to both the Kadimah and the Melbourne Holocaust Museum – closed off for festivities including food, music and art.

“For us, it’s about sharing Jewish language and culture and keeping that open for all people and feeding that back into an understanding and a creativity about the world at large,” she says.

“What we’re aspiring to is celebrating that culture and connecting it more broadly to Melbourne’s unique multicultural society.”

Yiddish words you might be using without realising it