Jason Momoa is famous for his long and luscious locks. His hair has nearly as big a fanbase as he does and among those who love it is Lisa Bonet (aka, his wife). In a recent interview with the Daily Telegraph, Momoa opened up about his marriage to Bonet. He also revealed one of the biggest reasons he won’t ever chop off his long locks. So, what’s the reason Jason Momoa won’t cut his hair? Well, it actually has everything to do with his marriage!

Apparently, Bonet would file for divorce if Momoa decided to cut his hair! At least that’s how Momoa tells the story.

"My wife would leave me if I cut my hair, so I just don’t cut my hair," Momoa revealed to the Daily Telegraph. "I am not cutting my hair for a while, I will tell you that much."

I guess that means that as long as Momoa has his hair, his marriage to Bonet is doing just fine! Momoa also opened up to People recently about his marriage and about some of the things he loves about Bonet. One of them is her sense of humor, which may surprise some people since Bonet isn’t necessarily known for her comedic abilities.

“Not a lot of people know how absolutely hysterical she is,” Momoa told People in a December 2018 interview. “She makes me laugh and is just really quirky.” 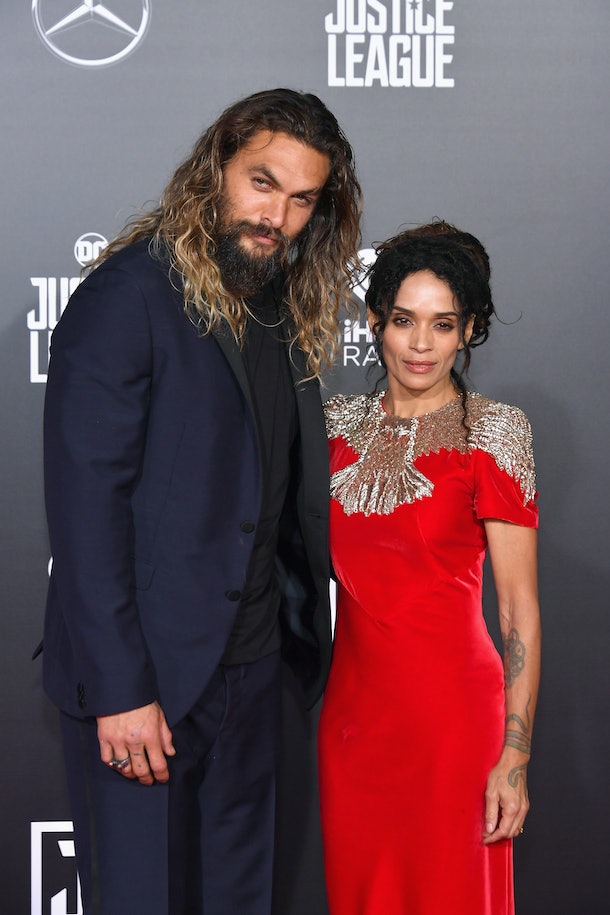 Momoa and Bonet started dating back in 2005. According to People, they were introduced by mutual friends while visiting a jazz club. The couple, who married in October 2017, have two children together — daughter Lola Iolani, 11, and son Nakoa-Wolf Manakauapo Namakaeha, 10. And, of course, Momoa is step-dad to Bonet’s eldest child Zoe Kravitz, who you probably know from shows like Big Little Lies.

After marrying Bonet in a wedding ceremony at their home in Topanga, California, Momoa opened up to E! News about how his bond to Bonet changed after exchanging vows. In his November 2017 interview with the outlet, Momoa said he didn’t think anything between them would ever change.

"I never thought it would," Momoa said of his post-wedding relationship to Bonet. "But I mean, we have a 10-and-a-half-year-old, a nine-year-old. I plan on being with her the rest of my life. There’s just that moment where it’s [time to take it] to the next level. I’ll be here my whole life."

What a sweet thing to say! Sounds like he and Bonet are meant to be together.

Marriage and family aside, though, there are other reasons Momoa won’t ever cut his hair and they don’t have anything to do with his wife. Another huge factor playing into why he won’t touch his hair for the next couple of years is a big one: Aquaman.

"I am going to be playing this guy for a while and I don’t want to wear a wig," Momoa told the Daily Telegraph. "I think we are good for the next two years."

Overall, it sounds like Momoa has the next few years figured out — at least in terms of his hair length. And I’m sure fans are thrilled that he’s slated to play Aquaman for a while to come!