Union posted a ton of photos and videos from the party to her Instagram Stories and everyone looked like they had a great time. The party itself was quite elaborate, boasting a full marching band and baton twirlers as well as beer pong, kegs, a puppy pit, and a photo booth. Union even tried to do a keg stand at one point and basically failed, but hey, it’s the intent that counts!

Clearly, Union and Wade know how to have a good time. More than that, though, it seems like they’re beyond ecstatic to be parents. And why shouldn’t they be? Baby Kaavia is Union’s first child and she’s Wade’s fourth child. But as a couple, this is the very first time Union and Wade are truly co-parenting after years of struggling with infertility. So, of course, they’re in full celebratory mode!

Here’s a look at some of the amazing moments from Union and Wade’s baby shower: 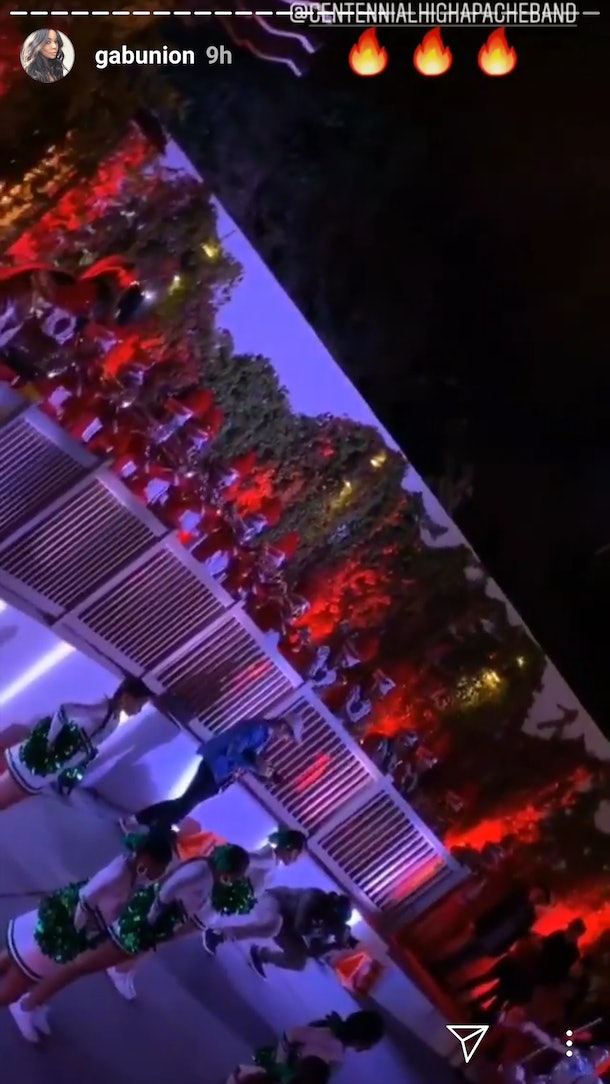 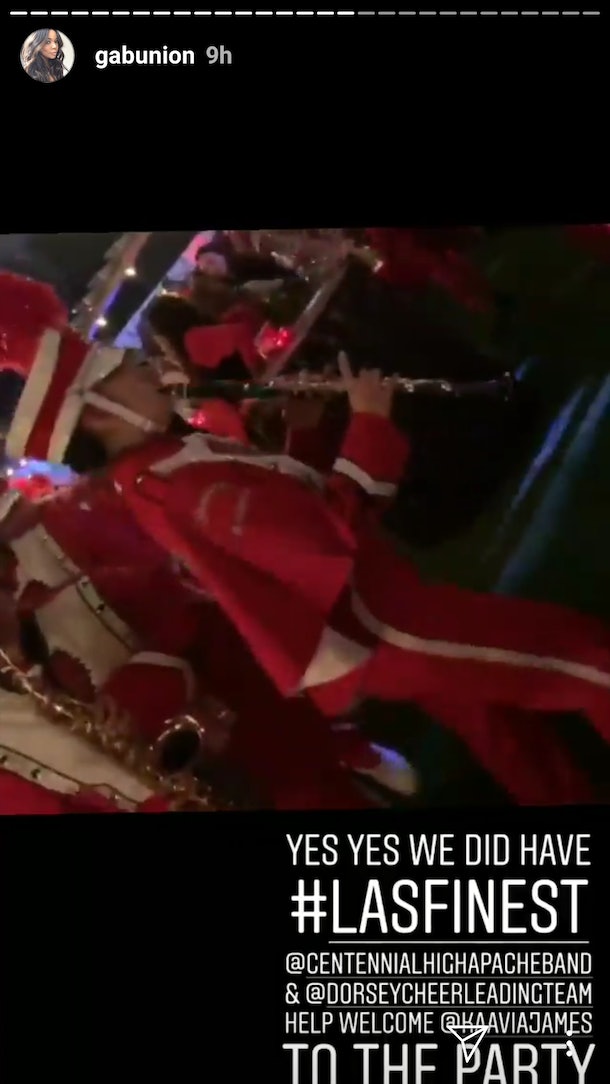 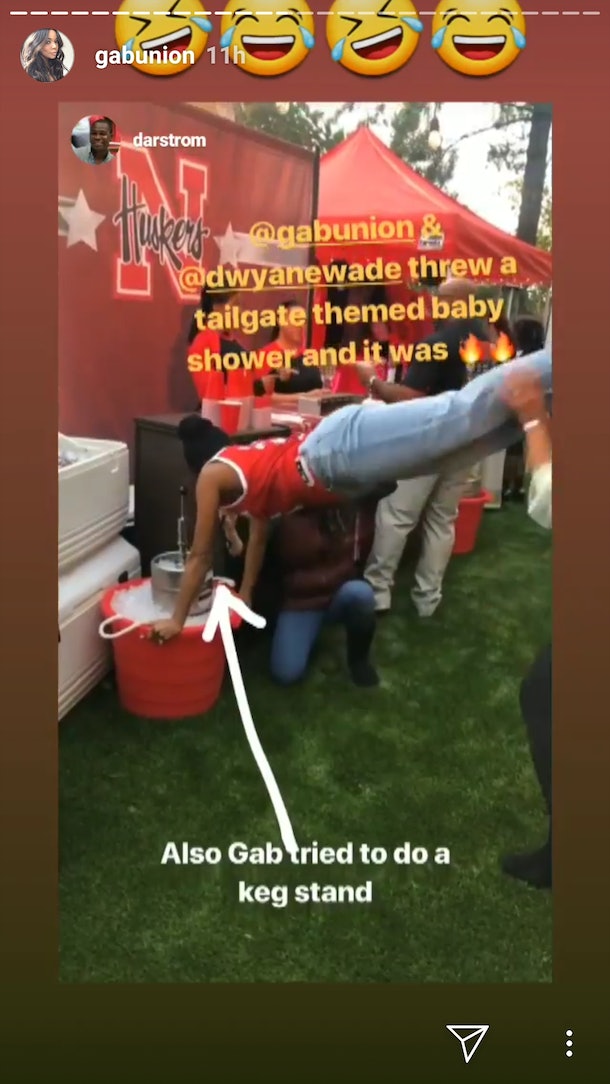 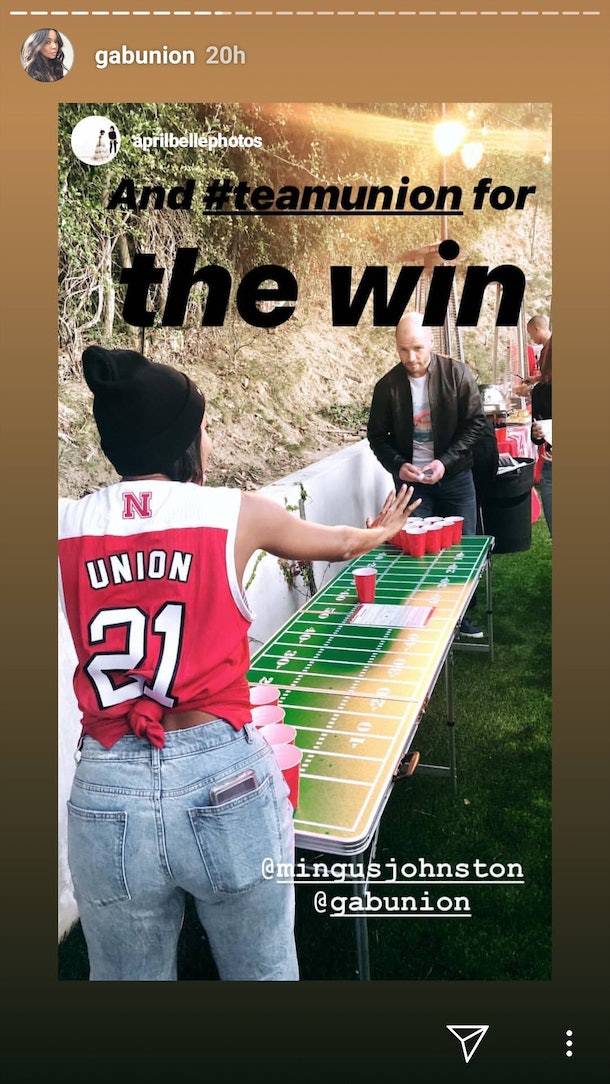 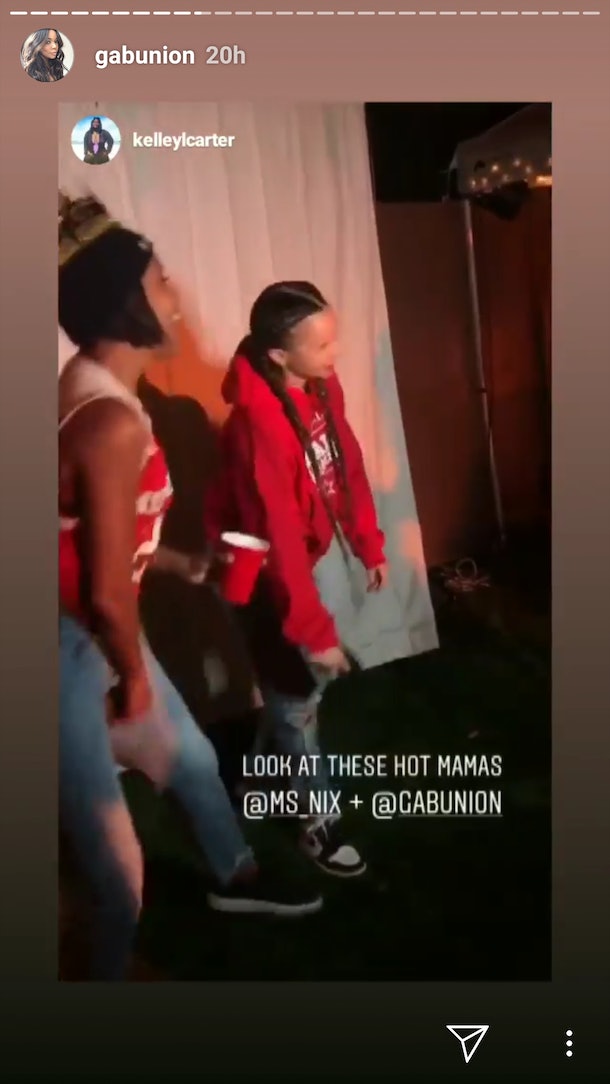 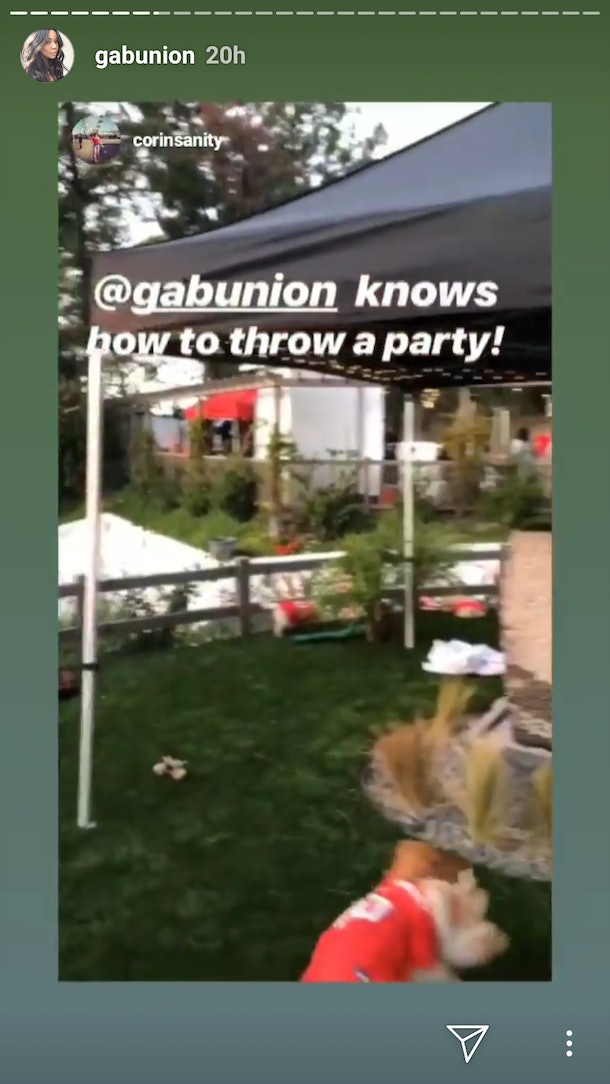 Union and Wade have been trying for several years to have a baby together. As outlined in Union’s 2017 memoir We’re Going to Need More Wine, the couple unfortunately dealt with a great deal of loss after Union “had eight or nine miscarriages.”

Union then went on to talk about how the experience made her feel and how she never stopped trying to become a mom.

So, finally being able to welcome baby Kaavia via surrogate is a huge milestone for Union and Wade. In a recent interview with Oprah for a special called Oprah at Home with Gabrielle Union, Dwyane Wade & Their New Baby, Wade explained that he has high hopes for family life now that Kaavia is in the picture.

"I want us to always be able to come together, sit around a table and be able to talk about our issues, our feelings, our wants, our needs. I just want us to love each other," Wade shared during the couple’s conversation with Oprah. "For us, I want to be able to see my kids’ kids have kids and be around. Experience them grow and see who they’re going to become in life. Hopefully they become people in this world that we’re trying to raise them to become."

Union and Wade are obviously creating a lovely family life and making that their home is a safe place for all their kids which is wonderful! No wonder they’re celebrating so much!