Recently, I went to Mumbai, to take part in the literary festival there. Like most authors, I am happy to travel any distance on the off-chance of a ripple of applause.

Another author, far more prominent than I, was disappointed by the scattering of people who had turned out to hear him interviewed.

‘There are a billion people in India’, he said. ‘You’d have thought a million of them would have shown up by mistake.’

By contrast, I had a pretty good turn-out, and everyone laughed in the right places. Small wonder, then, that I was feeling rather cocky as they led me outside for a book-signing.

I sat behind a desk, pen at the ready, but no one came forward with a book for me to sign. I did my best not to look deflated. I am, after all, quite used to the pitfalls of the personal appearance.

A few years ago, I was booked to give an hour-long talk at Waterstones in Ipswich. I arrived in good time, and was led to an area with lots of chairs laid out in rows. 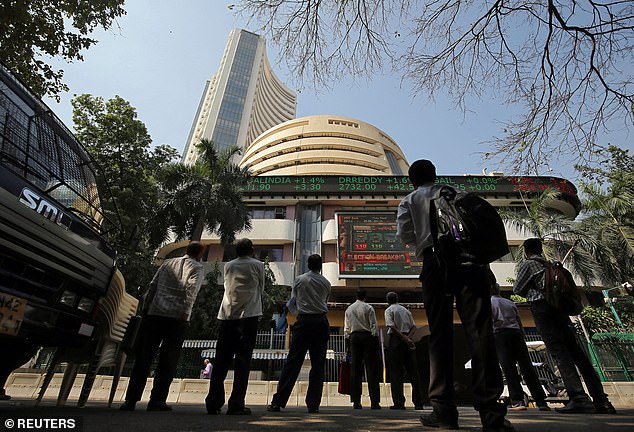 At the time my talk was due to begin, the audience numbered exactly one — an elderly lady, who had chosen to sit close to the back.

‘The traffic’s very busy tonight’, said the organiser, sympathetically. ‘We might just give it another few minutes.’ We gave it five, ten, 15 minutes, but no one else showed up.

Eventually, I went up to my elderly fan at the back and said I hoped she wouldn’t mind if I crept away. It turned out that she did mind — she wanted me to deliver my hour-long talk on a one-to-one basis — but I made my apologies and left.

Most authors have a story of signing books alongside someone more popular. In his marvellous diaries, the playwright Simon Gray recalls sitting next to the novelist David Lodge at a book-signing in Toronto.

No one was queuing for Gray’s autograph, whereas Lodge had ‘a queue that seemed to stretch right out of the lobby on to the pavement, and beyond that possibly all the way to the airport, where planes containing David Lodge fans were even now stacking . . .’ The literary life promises adulation but, more often than not, delivers humiliation.

The late William Trevor, probably the greatest short story writer of his day, was once booked to give a public reading at a village hall in Devon.

Though it was an hour away, he treated himself to a taxi. An amiable, inquisitive man, he chatted to the taxi driver while they made their way there.

When he arrived, the village hall was empty, with no one there at all. The taxi driver said that he would be very happy to listen to one of Trevor’s stories, if he’d like to read one.

Appreciating this friendly gesture, Trevor sat in the village hall and read his taxi driver one of his beautiful short stories. Only when William Trevor returned to the taxi did he realise that, throughout the reading, the driver had kept his meter ticking.

Back to Mumbai. After a few minutes, I told the organisers that we might as well call it a day, as there was clearly no one who needed a book signed.

But at that very moment, a young man came up and handed me a thin, shiny book, which I took to be an autograph album, open on its first blank page.

‘Would you mind signing this?’ he said.

‘Not at all,’ I said, and merrily scrawled my name over it.

He said: ‘Thank you so much.’ Then he showed me the book’s cover. It turned out to be a children’s book called In The Spring by Craig Brown.

I took a closer look. ‘The duck had ducklings, the cat had kittens,’ read a passage.

I have a poor memory for my own writing, but this didn’t ring a bell. I told the young man that it must have been written by someone else, also called Craig Brown. I apologised for having messed up his book with a faulty autograph.

Oddly enough, it didn’t seem to bother him. It seems that, for the dedicated autograph-hunter, one Craig Brown is much the same as any other.