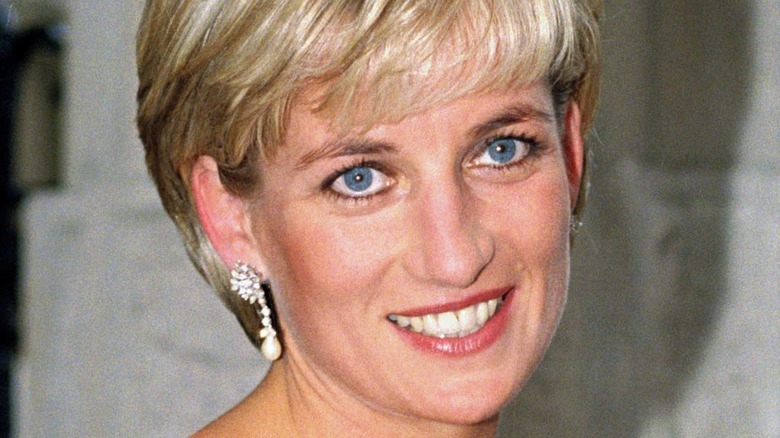 To commemorate what would have been their mother’s 60th birthday, Prince William and Prince Harry unveiled a statue of Princess Diana on July 1, 2021. The work of art, located in the Sunken Garden at Kensington Palace, features Diana with three children to symbolize the “universality and generational impact” of her charity work. The brothers commissioned the statue back in 2017, choosing the garden as its locations because it was “one of the princess’s favorite locations” when she lived at the palace (BBC).

“Today, on what would have been our Mother’s 60th birthday, we remember her love, strength and character –- qualities that made her a force for good around the world, changing countless lives for the better,” William and Harry said in a joint statement (per People). “Every day, we wish she were still with us, and our hope is that this statue will be seen forever as a symbol of her life and her legacy.”

The event was an intimate one due to the pandemic. In addition to William and Harry, members of Diana’s family — including her brother, Charles, and her sisters, Lady Sarah McCorquodale and Jane Fellowes — as well as the statue’s sculptor, Ian Rank-Broadley, and Pip Morrison, the designer of the Sunken Garden, were in attendance. But all eyes were on Diana’s sons, who have been estranged since Harry decided to step down from his royal duties last year.

William & Harry put their differences aside to honor Princess Diana 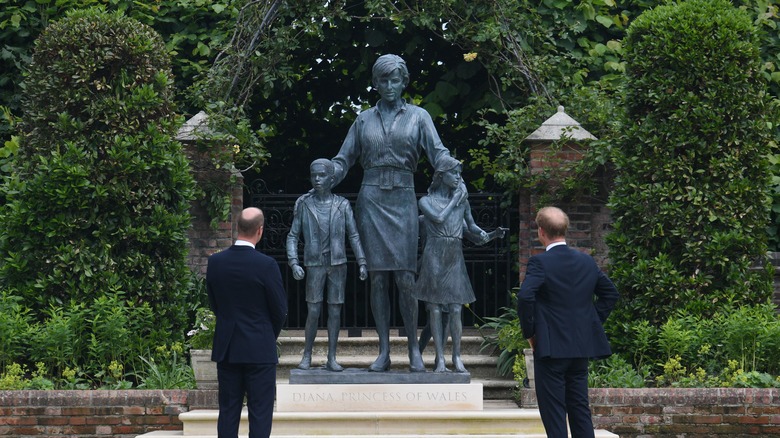 All eyes were on Prince William and Prince Harry as they unveiled the statue at Kensington Palace. As the brothers stood together in front of the piece honoring their mother, some couldn’t help but hope that her memory would heal the rift between them.

“… How powerful is that? Diana the bridge between them,” Healing for Ascension wrote on Twitter. “Let’s hope they choose to meet in the middle. She would be proud!” It was also reported that the brothers had been in contact before the unveiling, with a source revealing that there would “be an opportunity for them to talk in person either just before and after the unveiling” (per Daily Express). And during the event, body language expert Judi James noted that the pair seemed to be in sync. “What I love here is this is the old Harry and the old William,” she said (per Daily Express).

Only time will tell if William and Harry can put their differences aside. In the meantime, they hope that the statue of their beloved mother “will be seen forever as a symbol of her life and her legacy” (per People).