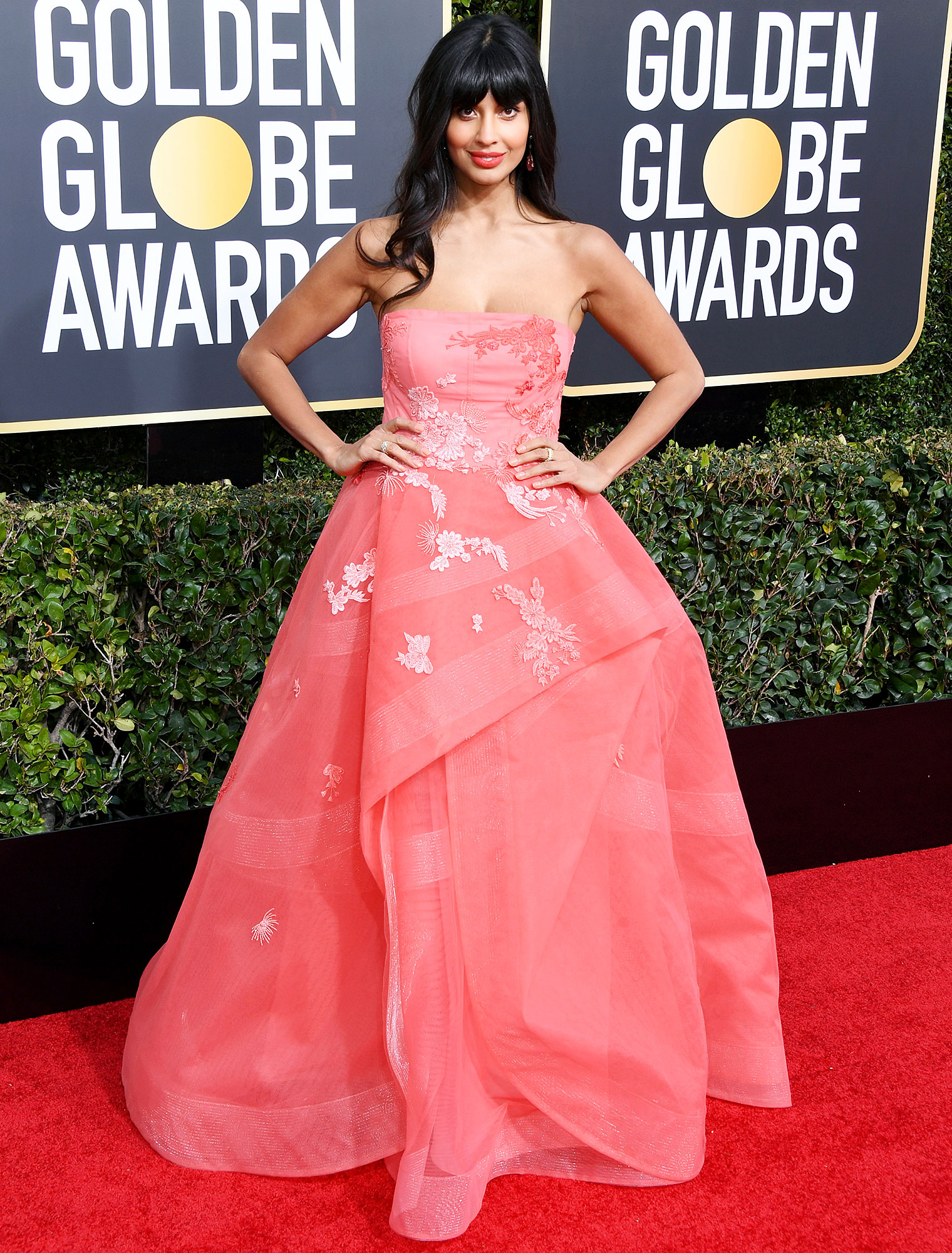 Updated: Following the carpet, Jamil responded: “E live red carpet. This is legit the funniest thing I have ever seen. What a joyous mistake. Tahani would DIE! LOO LOL LOL. #witherTahani,” she tweeted. “Hands down the greatest of red carpet jokes from whoever did this. It’s made my night.”

Oops! The Good Place’s Jameela Jamil rocked a gorgeous coral Monique Lhuillier gown at the 2019 Golden Globe Awards, but someone thought she was someone else – a character from her show. The comedy is nominated for Best Television Series: Musical or Comedy at the Sunday, January 6, event.

On E!’s Live from the Red Carpet, Jamil, 32, walked the carpet, but on the lower third of the screen, the caption read, “Kamilah Al-Jamil” instead of her real name. Kamilah Al-Jamil is a character in the NBC hit, played by Rebecca Hazlewood; Jamil plays Kamilah’s sister, Tahani Al-Jamil. Needless to say, the fans on social media had a field day with the mistake.

“Holy Forking Shirtballs. Did anyone else see my beautiful @jameelajamilposing on @eonlineTV Red Carpet @nbc for Pics & the Caption below her ACTUALLY Read:’KAMILAH AL JAMIL,’” one viewer wrote. “Have they LOST their FORKING minds? WHY take THIS away from ‘Tahani’ too? Is it a Prank?”

Another added: “THEY CALLED HER KAMILAH AL JAMIL I’M HAVING A STROKE.”

The best response likely goes to Netflix. The streaming site tweeted that the fan who works at E! should get one billion dollars.

However, people also are praising the actress for her relatable reveal – she was so cold on the carpet that she has jeans underneath her dress! “An experienced woman wears jeans under her golden globes gown because it’s forking COLD,” she tweeted ahead of the show.