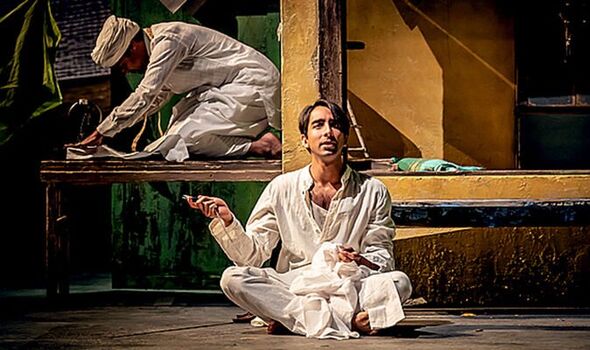 What’s surprising is not the wealth of historical detail the playwright packs in but her lightness of touch while doing so. Young Godse tells his version of the story while dissuading others from contradicting him.

Brought up as a girl by his parents, he claimed to be divinely connected and became a “seer” before finally “coming out” as a man.

It’s a big story and director Indhu Rubasingham never loses control of it.

The large cast conveys the facts (coloured by dramatic fiction) in an Indian context while hinting at universality; one mention of Brexit chimes like a tolling bell.

After the interval, Godse jovially declares, “You have voluntarily returned to the company of a murderer!” As he continues to justify himself, it is clear that we are witnessing a man sliding into murderous intolerance.