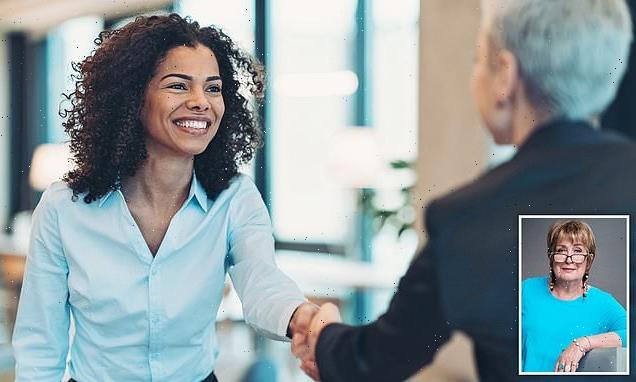 The death of cash is making us all less human! writes JENNI MURRAY

When I moved to North London some ten years ago it couldn’t have been more convenient. There were lots of people of my age — then early 60s.

We had great shops for food and essentials, parking was a doddle, there were beautiful parks and woods in which to walk our dogs and, most important of all, there was one bank which necessitated only a two-minute walk — good for picking up urgently needed cash.

My own branch was a three-minute drive away. Every week I would pop in, maybe deposit a cheque (remember those?) or draw out some cash, but mostly — along with a number of friendly, chatty neighbours — I’d go to have a conversation with one of the three bank tellers who knew everybody and their business, and could be completely trusted for advice when necessary.

It was part of the community; it offered a regular friendly encounter with real people and it helped us keep control of our spending. 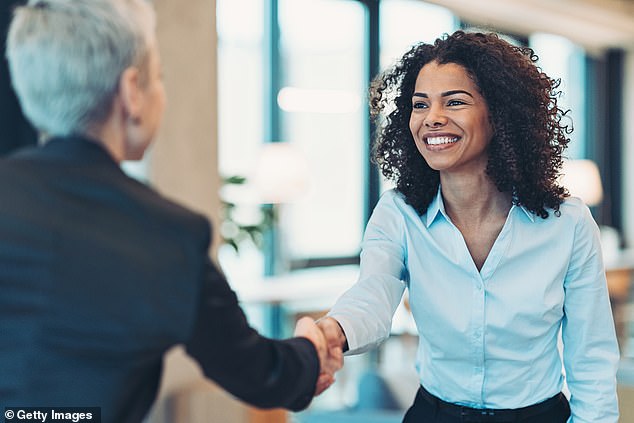 Jenni Murray says that she misses banks and the community feel that it had. She also speaks of her concerns regarding who easy it is to spend money with cards and contactless payments

Cash is real. It’s measurable. You know what it looks like and how it feels. Sixty pounds in the hand is so much easier to appreciate than, say, the £60 I spent on food in Marks & Spencer yesterday. I merely swiped my card across a gadget which demanded no form of identification — not even a PIN.

Since the rules on cards changed, I’ve been terrified of losing my purse or having my card stolen, knowing that a thief would have no trouble spending £100 of my money here, there and everywhere.

Call me old-fashioned, but I hate cards, I detest online banking — I’m pretty convinced it’s not safe given the amount of scams we hear about — and I can’t stand the way some shop assistants look pitifully at you, as if you’re someone with one foot in the grave, if you try to pay with cash.

But then where can you get cash these days? There is no longer a single bank in my neighbourhood. This is the new normal. Analysis by Which? this week has found more than 500,000 people have been left with no access to bank services after the closure of almost half of the country’s branches and nearly a quarter of cash machines that are free to use.

Seven parliamentary constituencies, including districts in London, Liverpool, Sheffield and Bradford, no longer have a branch you’re able to visit. A total of 4,685 High Street branches have closed and another 226 are scheduled to shut by the end of the year.

Banking in rural areas has been cut by more than 50 per cent and, as I know from my experience of living in the wilds of the Peak District, the unreliability of the internet in the countryside often means online banking is a no go. 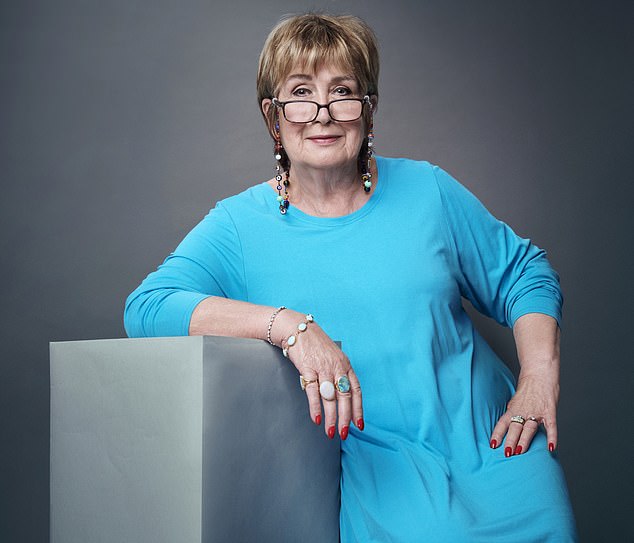 Jenni (pictured) says that it is the elderly who are hit the hardest by the closure of their bank. Consumers aged over 65 make up a quarter of those in constituencies with the poorest access to cash

The nearest bank to me is a halfhour drive away in busy London traffic and the parking there is a nightmare. I have a slight advantage over some of my friends and neighbours in that I have a mobile phone and know how to use it, so I can pay online for parking if necessary. I also have a Blue Badge, so can sometimes find a spot for a disabled driver thanks to my excruciatingly bad back. But for many of my friends who are not technically adept, it’s meant a terrible increase in loneliness.

Which? has found that it’s the elderly who are hardest hit by the closure of their bank.

Consumers aged over 65 made up a quarter of those in the constituencies with the poorest access to cash, but the charity Age UK says it’s this group that relies on cash more than any other. How are we to slip a quid to our grandchildren if we don’t have one, or give a small donation to a needy homeless person lying in the street? How are cleaners to be paid without cash in hand? How willing will the local baker or fruit shop be to take payment on a card if you’re paying a tiny amount for a single person?

My friends and neighbours won’t walk to the nearest cashpoint outside a small local supermarket — it charges £1.50 for every withdrawal. We resent being charged to have access to our own money. I used to hate my bank and my bank manager. As a student I fell foul of the manager of Barnsley’s Yorkshire Penny Bank — a branch I shared with my mother.

I received a letter from him accusing me of ‘demonstrating a somewhat cavalier attitude’ to my spending. I’d overdrawn in my first term at university.

He told my mother about it, so I suffered her fury, too — a move which I’m sure was unethical. But, as I grew older, I realised he’d taught me a valuable lesson: ‘Look after the pennies and the pounds will look after themselves’.

Cash matters, and a good bank manager could save problem gamblers and other debtors from disaster. Debt charities often advise cutting up the cards and only using cash.

I understand why the banks have been keen to maximise their own profits by cutting staff and selling off valuable buildings.

But it’s about time the Treasury reminded them that banking is not just a business — a good bank, staffed by actual people, provides a social service, too. 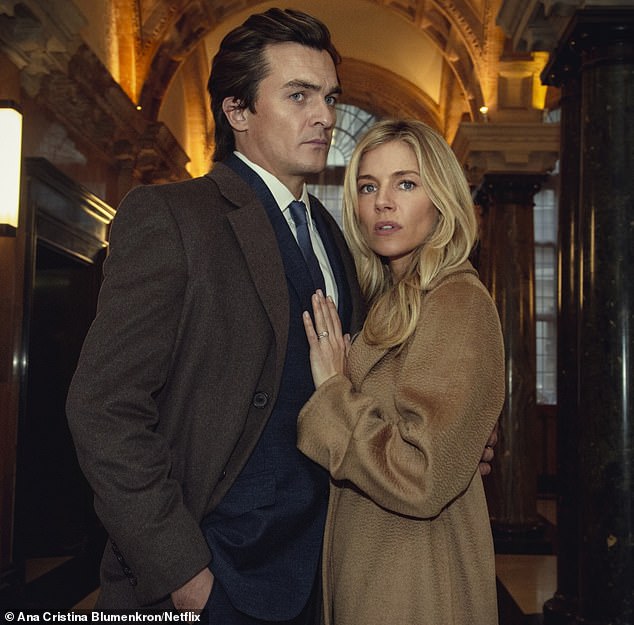 Money makers: Rupert Friend and Sienna Miller in Anatomy Of A Scandal (pictured). Jenni asks if we can really afford to pay for streaming services

After that week’s free trial, can we really afford it.

Why the Guides must be for girls only 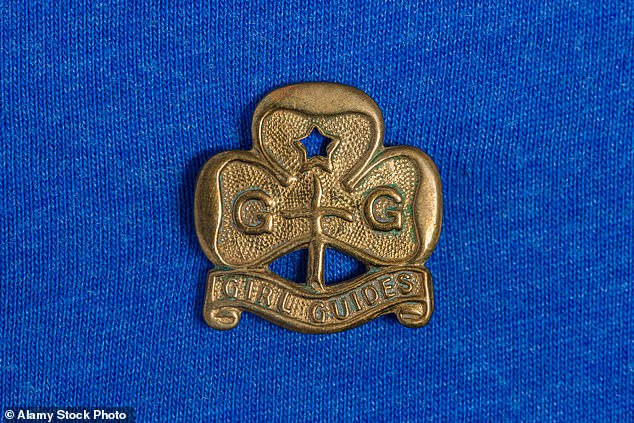 As a former Queen’s Guide, patrol leader and company leader, I can’t emphasise enough how important an all-girl group was to those of us who marched, camped, built fires, climbed trees and learned skills without the sneers or attention of boys. So my thanks to Katie Alcock, a leader who was expelled when she objected to boys who identify as female being allowed to join. She took the Guides on and has now had an acknowledgement that ‘sex and gender are different’, with the organisation saying: ‘Girl-guiding recognises that gender-critical beliefs are protected under the Equality Act.’ So, come on Katie, accept the invitation to return and safeguard your girls as members of a truly single-sex organisation.

Why on earth does anyone still iron? 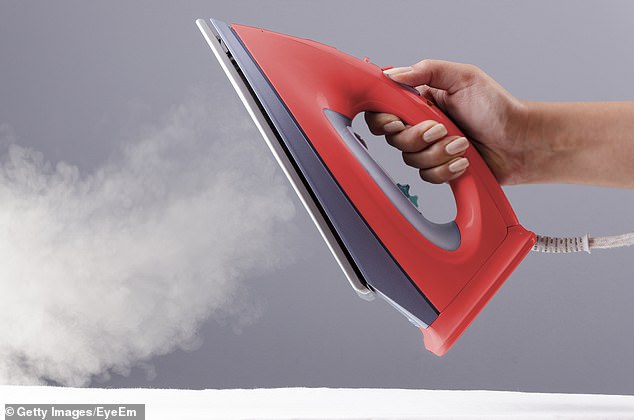 Surprised to find significant numbers have given up ironing because of Working From Home. Only now?!

I gave it up years ago when I realised my mother had wasted half her life smoothing everything from her tea towels to her knickers. Not necessary. After washing any item, shake it, hang it on a coat hanger, dry it in the breeze or on the radiator.

Even if you iron it, half an hour on your body will crumple and crease it.