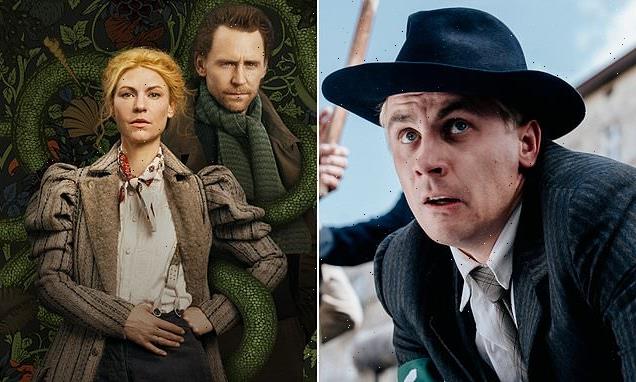 From Claire Danes and Tom Hiddleston in a stylish period piece to The King Of Warsaw, the best on demand TV to watch this week

This stylish adaptation of Sarah Perry’s best-selling novel will only add to the growing feeling that Apple has become the go-to service for top-quality drama. Cora Seaborne (Claire Danes) begins to flourish after the death of her abusive husband. 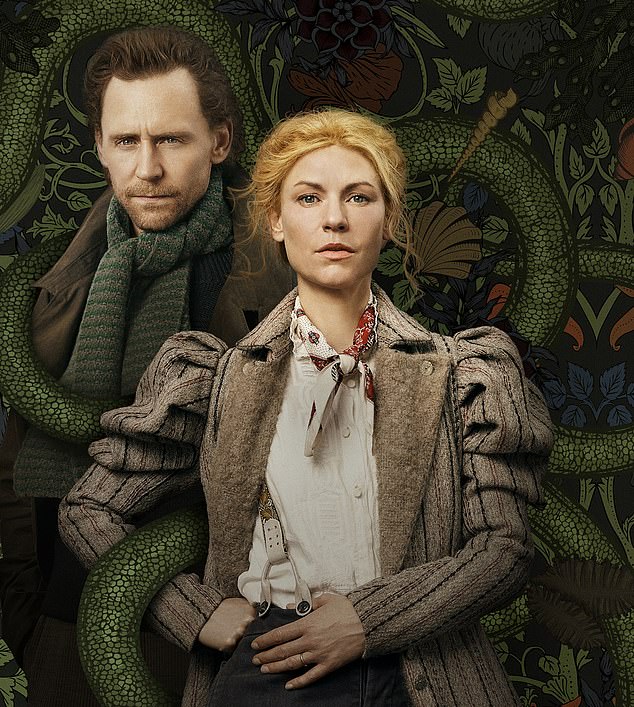 Claire Danes (above, with Tom Hiddleston), plays Cora Seaborne, a woman interested in science who flourishes after the death of her abusive husband

She’s interested in biology, paleontology and science in general and moves from Victorian London to a small Essex village, intrigued by reports of a mysterious creature in the area.

She quickly becomes friendly with the local vicar, a married man… Danes replaced Keira Knightley, who was prevented by family commitments from playing Cora.

Having seen Danes, it is difficult to imagine anyone else doing it. Tom Hiddleston is the Rev William Ransome. Apple TV+, from Friday

Meryl Streep is on top form in Stephen Frears’ charming comedy drama about Jenkins, a wealthy socialite in 1940s New York who believed she was a talented singer, despite being tone deaf. 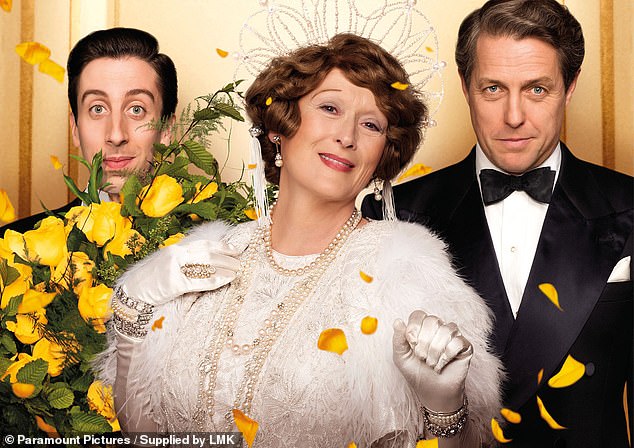 Meryl Street (above, with Hugh Grant, right, and Simon Helberg, left) is on top form in this comedy drama about a wealthy New York socialite

Hugh Grant is just as impressive as her supportive actor husband. BritBox, from Thursday

This is Batman as film noir, and it’s dark both metaphorically and literally. Robert Pattinson plays Gotham City’s suffering superhero – a good(ish) guy who is actually not that far from being a vigilante.

He’s up against the Riddler (Paul Dano), but we also get Penguin (Colin Farrell) and Catwoman (Zoe Kravitz).

There are some great action set-pieces but the three-hour running time might test the patience of all but the most dedicated Batman fan. Sky Store/Rakuten Movie, available now

Two high school seniors who are dating, played by Katherine Langford and Charlie Plummer, realise they have to start living life to the full when their schoolmates start spontaneously exploding – you know, actually blowing up, creating a real bloody mess.

How you feel about this black romcom definitely depends on your age. Teenagers might well love it. If your teens are a long time behind you, you will possibly find it a teensy bit irritating. Netflix, from Thursday

Rebel Wilson plays Stephanie, a popular high-school cheerleader who spends 20 years in a coma after a cheerleading accident. When she wakes up she’s 37, it’s 2022 and NSYNC have broken up. 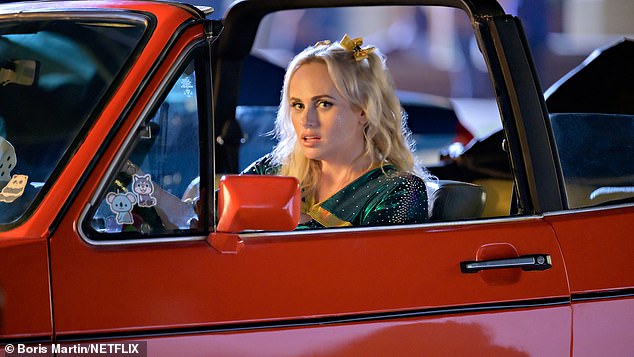 Stephanie (Rebel Wilson, above) spends 20 years in a coma following a cheerleading accident and, at 37, then decides to complete her senior year

However, she’s determined to complete her senior year at school but quickly discovers that it is a very different place from when she was 17. Hilarity ensues. Netflix, from Friday

All four episodes of this gripping drama based on a true story are being made available.

It focuses on the aftermath of the death of Malik Oussekine, a French-Algerian student who was killed during protests against a new immigration law in 1986. Disney+, from Wednesday

The Worst Person In The World 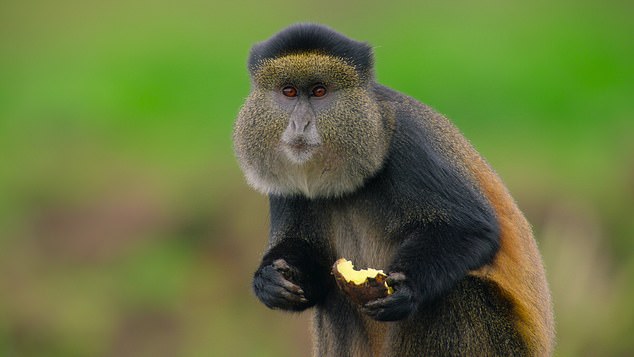 Barack Obama gives David Attenborough a run for his money in this documentary series exploring some of Earth’s most spectacular national parks, from the shores of Africa to the depths of Chilean Patagonia. Netflix, available now

If you’ve come across the new Colin Firth-Toni Collette drama about the case of Michael Peterson, an American novelist charged with murder after the death of his wife Kathleen who, he claimed, had fallen down a flight of stairs, why not try this earlier 13-part documentary on which it is based?

The Child In Time

During a trip to the supermarket children’s author Stephen Lewis (Benedict Cumberbatch) loses sight of his four-year-old daughter for just a second – and she’s gone. The loss tears Stephen and his wife Julie (Kelly Macdonald) apart.

So raw is their grief that the first 15 minutes or so of this film are actually quite difficult to watch.

But the remainder, about how the couple cope and the long-term impact on them, and a secondary storyline about a friend of Stephen’s reverting to childhood, is less successful. Acorn TV, from Monday

That deaf, dumb and blind kid sure plays a mean pinball. So sings Elton John about the title character in Ken Russell’s outrageous film based on The Who’s 1969 rock-opera album of the same name.

Look out, too, for Paul Nicholas as Cousin Kevin – and guitar legend Eric Clapton as a worshipper of Marilyn Monroe. Disney+, from Friday

Why is there such a buzz about..?

It’s 1964 and a little girl is playing on the steps to her apartment block. A man she doesn’t know comes and sits beside her and shuffles up close. Our flesh starts to creep. What does this dead-eyed weirdo want?

The child tries to refuse the little wooden Pegasus the stranger offers her. As he gets up to leave, what he says doesn’t seem to make any sense. ‘You’ll take it. You always do.’

This loose adaptation of Lauren Beukes’s best-selling novel grips from the first scene. 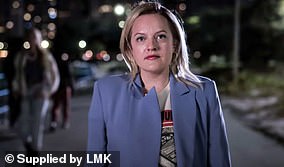 After the opening we jump to 1992. Kirby Mazrachi (Elisabeth Moss), a Chicago newspaper archivist, is doing her best to live in a reality that has been constantly changing since she was violently attacked and left for dead.

She comes home and her pet cat has become a dog. Or maybe she now lives in a different home altogether. Suddenly, she’s married. What’s going on? We don’t know, and we’re just as disoriented as Kirby is.

The show does eventually deliver answers – of a sort – but they are not served up on a plate. The way to enjoy this is just to submit.

Enjoy the performances from Moss, from Jamie Bell as the stranger, from Wagner Moura as Kirby’s journalist ally. Most of all, enjoy the sinister creepiness of it.

The King Of Warsaw

Peaky Blinders has not cornered the market in gritty period crime dramas. This 1930s-set Polish series takes us to Warsaw, a city ruled by the Jewish mafia. 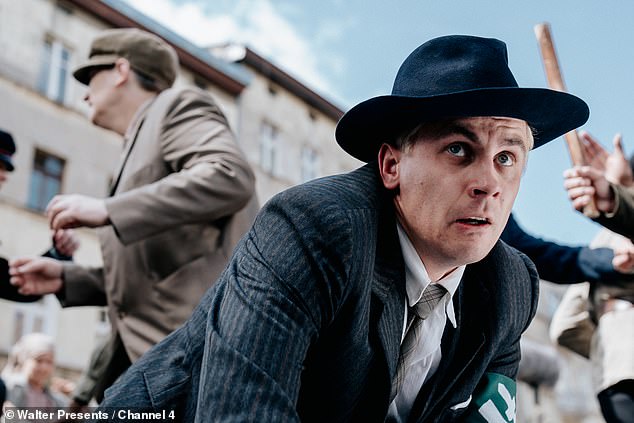 Adam Bobik (above) stars in this 1930s-set Polish series that takes us to Warsaw, a city ruled by the Jewish mafia

The man in charge is Buddy Kaplica, a socialist with big ideas. However, his supposed right-hand man, boxer Jakub Szapiro, thinks it’s time a new leader emerged – and he will do anything to make sure it’s him.

Brutal but compelling, this is not for the faint-hearted. With Adam Bobik. All4, from Friday

A chance to see all four episodes of Ken Burns’ documentary about the man dubbed ‘The Greatest’. 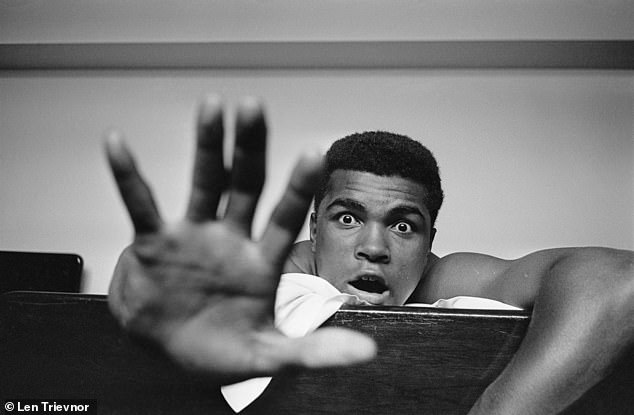 A chance to see all four episodes of Ken Burns’ documentary about the man dubbed ‘The Greatest’, Muhammad Ali (above)

It charts the boxer’s rise to fame from his humble Kentucky childhood to becoming a global icon, as well as all the controversies, highs and lows in between. BBC iPlayer, available now

The Personal History Of David Copperfield

Exuberant and theatrical retelling of Dickens most autobiographical novel and one of his best loved. We follow the title character, played by Dev Patel, from tragedy to triumph as he becomes ‘the hero of my own life’.

Armando Iannucci directed and co-wrote this with his Veep and The Thick Of It collaborator Simon Blackwell. All4, available now

A Place To Call Home

Ever wondered what Australia was like after the Second World War? Well, now you can stop because all six series of this are available to view at your leisure. 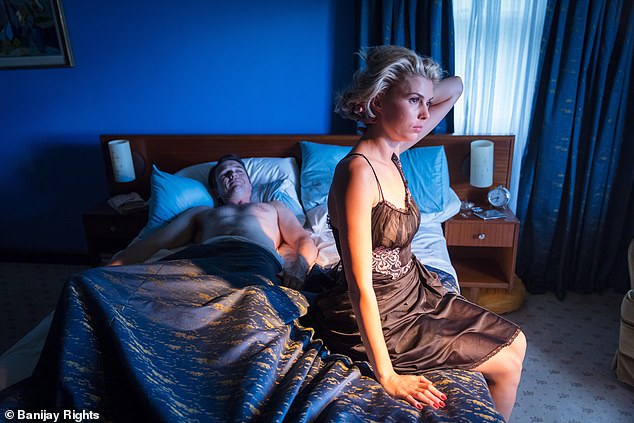 Marta Dusseldorp (above) and Noni Hazlehurst star in this 1950s post-Second World War drama about social class, sexuality and prejudice

Set in the 1950s, it explores themes of social class, sexuality and prejudice as a woman from New South Wales returns home to start a new life, but comes into conflict with a wealthy local matriarch.

Acclaimed Belgian comedy fantasy following the fortunes of God who, apparently, is a grumpy middle-aged bloke living in Brussels with his daughter. With Catherine Deneuve. All4, from Monday

If you missed the first run of this Bafta-nominated comedy when it aired earlier this year, do yourself a favour and catch up with it now. 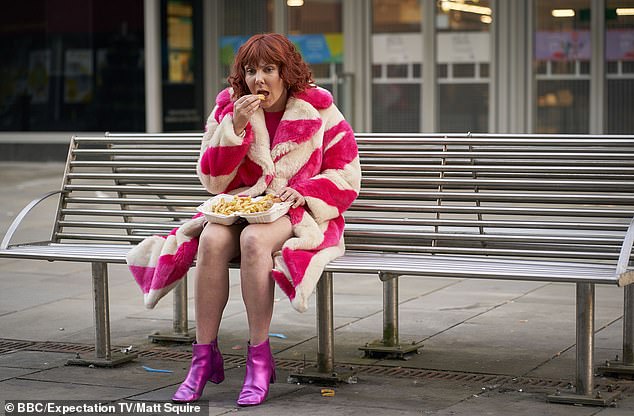 Sophie Willan (above, who also wrote the scripts, inspired by her own experiences of the care system) plays Alma in this Bafta-nominated comedy

Sophie Willan (who also wrote the scripts, inspired by her own experiences of the care system) plays Alma, who is trying to make her way in the world while also coping with her mentally ill mother, aggressive grandma and a motley group of friends.

Documentary charting the progress of the England cricket team from 2009 to 2013, featuring hilarious, insightful and revealing interviews with some of those involved, including Kevin Pietersen, Alastair Cook and captain Andrew Strauss.

A chance to see all episodes of Steve Coogan and Sarah Solemani’s thought-provoking comedy drama.

The pair play an old-school film producer and the fashionable indie director hired to finish his latest project. They butt heads repeatedly over sexism and feminist ideas, but a grudging mutual respect begins to emerge. All4, available now

On the radio in the 1940s, the adventures of crime-fighting ex-Commando Richard Barton drew audiences of 15 million. Then, with one bound, he was on 1970s TV!

Tony Vogel starred as the master of derring-do, and now you can watch all 32 episodes to see how he got on.

A trigger warning for viewers of a Scottish disposition, though: one of Dick’s sidekicks is from north of the border. His nickname? Jock. Talking Pictures TV, available now