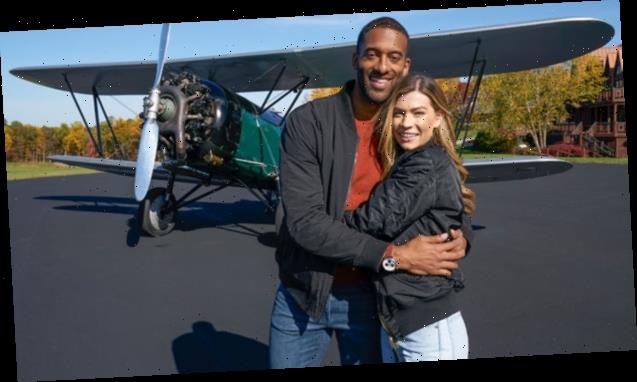 After pouring her heart out to Matt and witnessing major tension at the rose ceremony, Sarah got so overwhelmed that she nearly fainted on the Jan. 11 episode of ‘The Bachelor.’

Sarah Trott got the second one-on-one date of the night on the Jan. 11 episode of The Bachelor. She and Matt James had quite the adventure in an 1930s airplane, but things got real when they were back on solid ground. Matt pushed to learn more about Sarah’s relationship with her family, and noticed that she got a bit closed off when she was talking about her father. During the nighttime portion of the date, he urged her to share more.

However, Sarah was hesitant. “I am a little more private and it does take more time for me to take down those walls,” she explained in a confessional. “I want to open up and be vulnerable with Matt because that’s what Matt is looking for, but you don’t want to bring up important family topics or maybe uncomfortable things right off the bat. If the conversation turns to more personal and intense subjects, opening up and talking about such intense things might scare someone away.” 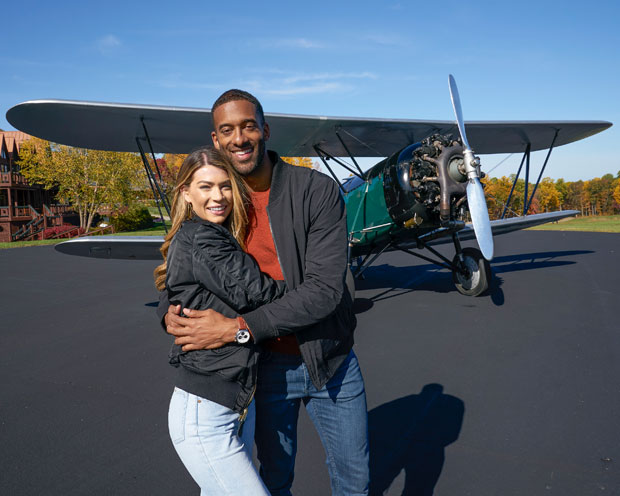 After some hesitation, Sarah opened up to Matt about finding out that her father had been diagnosed with ALS (Lou Gehrig’s disease). Her family received the diagnosis while she was in college. “Mentally, you’re the same person, but you slowly lose the ability to speak and to walk and to talk and do any sort of normal function,” Sarah explained. “There is no cure to it and the life expectancy is two to five years. He’s gone past doctor’s expectations — it’s been five years — but watching him grapple with this disease and not be able to express himself and his voice changing over time and losing the ability to speak…it’s just unimaginable.”

Sarah told Matt about how she quit her job to move home to San Diego and serve as her father’s caretaker. “If I can help him in any capacity now — getting in and out of bed, brushing his teeth, feeding him, brushing his hair — I’m just reciprocating all those things he did for me [as a kid],” Sarah revealed. “It’s brought our family so close.” 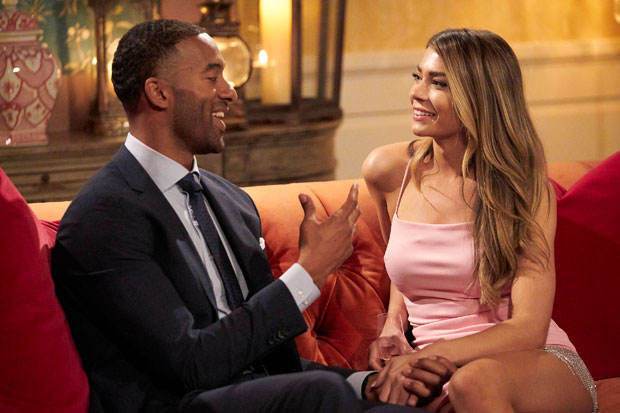 Sarah admittedly wasn’t sure if it was the right decision for her to leave her family and come on The Bachelor, but her dad was the one who urged her to get out there and find love. Matt was visibly touched by hearing Sarah’s story. “I don’t know how I can express how honored I am that you are out here with me. Knowing the sacrifice that you’ve made to be here and being strong for your dad and your family are the qualities I’m looking for in a woman,” Matt gushed. “I want to pose a question to you — what can I do throughout this experience to show you that I can be someone you’d want to be with?”

Of course, Sarah was touched by Matt’s gesture of wanting to be there for her in such a big way. She promised him that she was already feeling so comfortable with him. “I don’t take it lightly [that I’m able to talk about this with you],” she said. “I think there’s something special.” In a confessional, she added, “Coming from that conversation, I just feel so certain. This is the start to something beautiful and so special.” At the end of the date, Matt gave Sarah a rose, and she gladly accepted.

During the cocktail party, tensions rose between Victoria Larson and Marylynn Sienna. During a conversation with Matt, Victoria accused Marylynn of bullying her, which Marylynn denied. By the end of the night, Marylynn was visibly upset about the accusations, and several women called Victoria out for causing unnecessary drama at a time when Matt was supposed to be getting to know everyone.

Sarah was one of the women who took issue with how things were going down. “I’m so grateful that I have a rose because Victoria ruined the night,” she said in a confessional. “Maybe he’s seeing a different side to her, but the longer she’s here, the more I question my relationship with Matt. I’ve never felt like this before, and right now, I’m just overwhelmed.”

In the middle of the rose ceremony, Sarah took a step backwards and nearly fell over. The woman standing next to her helped her stay on her feet and led her to a back room, away from the bright lights and cameras. “I’m, like, seeing stars,” Sarah said. “I’m blacking out. I can’t see.” The medics were called in, and the episode ended as a ‘TO BE CONTINUED,’ so we won’t learn Sarah’s fate until next week.