During our conversation, Teyana Taylor was breezing through a mall in preparation for her eldest daughter‘s birthday. Taylor recently celebrated her own birthday, her 30th, with an event sponsored by Generation Z fashion brand PrettyLittleThing. She’s more than excited about her future as a creative and her tone implied that she’s kicking things into high gear because she says “30 is when sh-t gets real.”

Her birthday celebration furthered the working relationship between the clothing company and the entrepreneur. She is stepping into a year-long role as creative director at PrettyLittleThing. “I’m happy I get to come in and enhance,” she said exclusively to ESSENCE. “I’m always very hands on in anything I’m involved in and I always have so many ideas.” She later called her appointment, “the perfect opportunity for both of us.”

Over the past 15 years, it’s become evident that Taylor is a flat out force in fashion. Her ability to dominate runways and red carpets with ease has made her an inspiration across generations. Of course, she’s just as comfortable (and fly) in loungewear and sneakers, a duality that has also garnered fans.

In 2017, the former ESSENCE cove star was selected to be the face of the PrettyLittleThing and Karl Kani collaboration, an ode to the fashion designer who was instrumental in bringing Black style to the forefront. Now, as she helps mold PrettyLittleThing aesthetically, she has her own mission in mind—letting style be a light in the midst of a rough period globally.

“We’re going to go into the next year with positive vibes, with hopes that we have a better year next year,” Taylor said. She’s getting off on the right foot, and is starting 2021 with a collection of her own.

The forthcoming line includes denim jumpsuits, pops of neon, faux leather pieces, sweats, and ribbed wool, with a size range of 0-26 in the U.S. and 4-30 in the UK. It draws inspiration from Taylor’s own bold style, and is also a “reflection of 90’s hip-hop and homage to some of the legends of soul and R&B,” according to a PrettyLittleThing rep. The brand added that the collection “nods to women of history and owning your confidence and being proud of your sexuality as a woman.”

When I asked about particulars that we can expect to see stemming from the affiliation, Taylor responded with a laugh and said “You can expect to see some hot sh-t!” She’s bringing her authentic, Harlem and hip-hop flavor, mixed with some Black girl magic, to the table and we couldn’t be more thrilled. “I’m about to come in and do what I do best,” she said.

Check out the lookbook from Taylor’s upcoming line below. 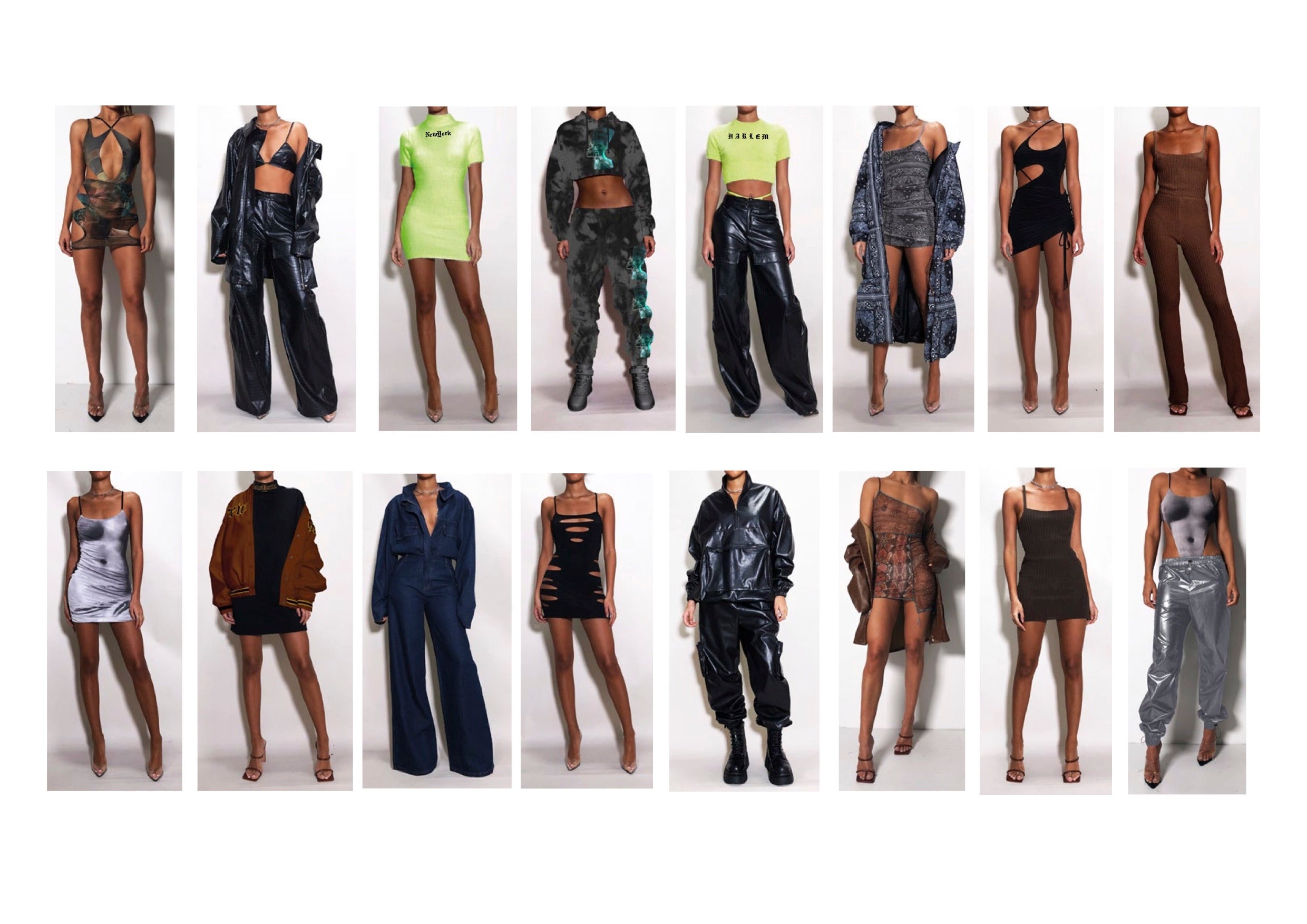