What a difference a decade makes.

This week on 60 Minutes, correspondent Lesley Stahl interviews Tesla CEO Elon Musk. It’s the second time she and producer Shachar Bar-On have reported on the chief executive; they first met Musk 10 years earlier while reporting a story on the race to make the electric car. At the time, the debate was over who would win: Detroit or Silicon Valley, where a number of inexperienced techies had entered the fray.

One of those newcomers was Tesla, hardly a household name in 2008. Stahl described the company as “a small startup in northern California.”  Of all the Silicon Valley companies Stahl and Bar-On interviewed, Tesla is the only one that has survived a decade later. All the others have gone bankrupt. 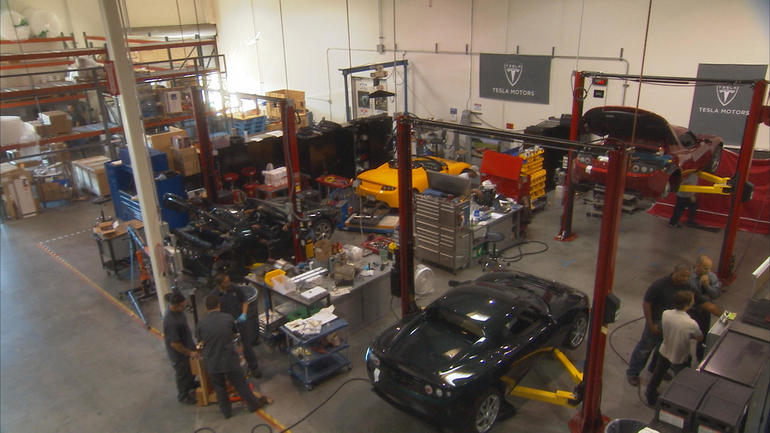 Inside Tesla’s factory in 2008 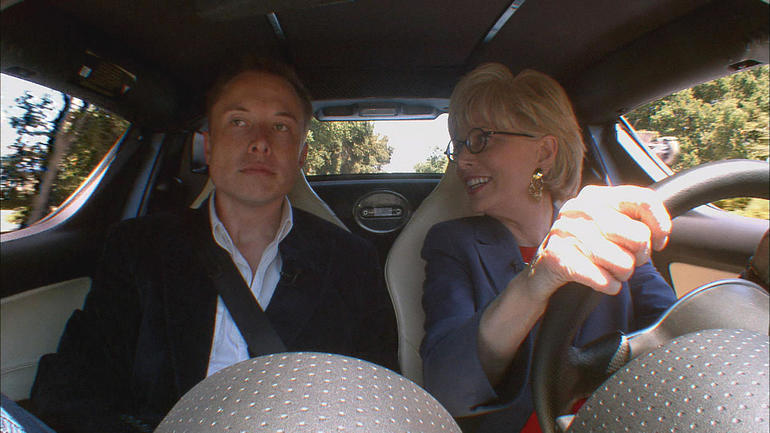 Elon Musk and Lesley Stahl ride in a Tesla Roadster in 2008.

Today, Tesla employs almost 50,000 people—almost 100 times more than that “small startup” did 10 years ago, according to Musk. But Tesla’s success was far from guaranteed. In the video above, Bar-On told 60 Minutes Overtime that in that initial 2008 interview, Musk was candid about his company’s troubles.

“What both Lesley and I found very interesting was, Elon Musk was just very honest,” Bar-On said. “And I really think back then he may have thought the idea would survive but his company would not.”

His company has survived, albeit barely: Tesla is currently billions of dollars in debt. This fall, however, the company’s quarter earnings showed a profit for the first time since 2016. It’s only the third quarter that Tesla has posted a profit since it went public in 2010. 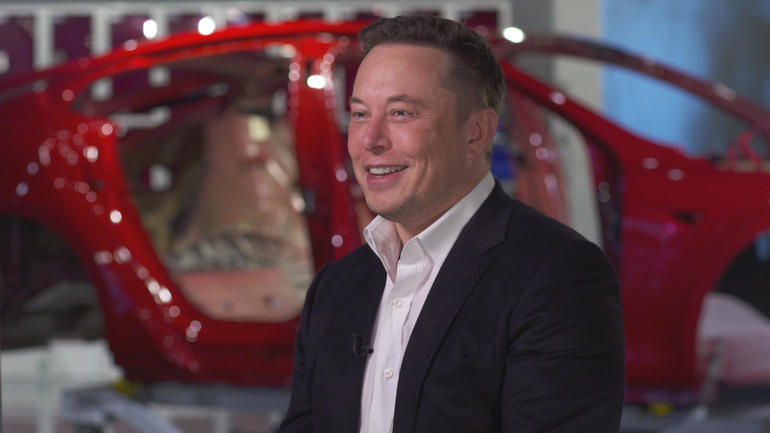 In his new interview with Stahl, Musk himself admitted that, a decade ago, he doubted he would ever get here.

“I thought most likely we would fail,” he said.

“What about now?” Stahl asked. 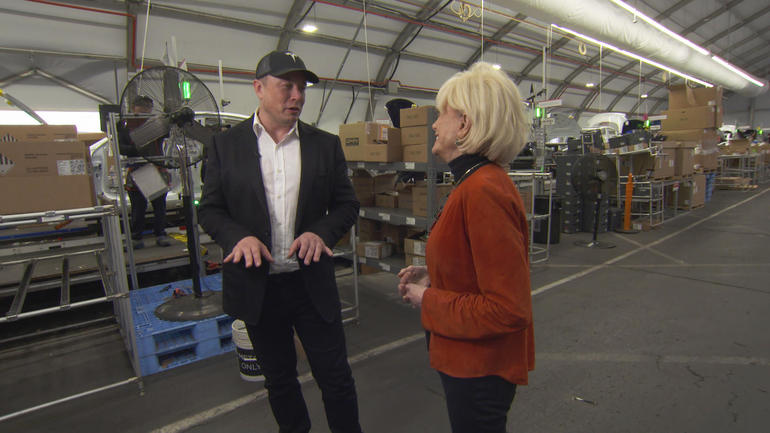 Score one for Silicon Valley.

One car that hasn’t succeeded since Stahl’s 2008 report is the Chevy Volt. Detroit’s General Motors announced last month that it will end production of the plug-in hybrid next March. Ten years ago, Stahl interviewed Bob Lutz, then the vice-chairman for GM, who told Stahl that his company’s image was riding on the success of the Volt.

“For what it’s worth, I stake my reputation on it,” Lutz said.

When the Volt goes out of production, Musk’s Tesla will be the only electric car featured in Stahl’s 2008 report that is still in operation. But regardless of the car’s future profitability, Musk has already created a new front in the industry, Bar-On said.

Musk has always been honest about his company’s prospects. In 2014, he spoke with 60 Minutes correspondent Scott Pelley and said that, even if Tesla failed, he at least hoped to change the perception that an electric car “had to be ugly and slow and boring like a golf cart.”

After discussing the future of Tesla and his space transportation company, SpaceX, Pelley wanted to know: What is it about Musk that seems to invite skepticism?

“I think it’s because we’re doing these things that seem unlikely to succeed,” Musk said. “And we’ve been fortunate, and at least thus far, they have succeeded.”

Pelley first met Musk in 2012 for a 60 Minutes report on SpaceX. Musk was vowing to revolutionize space exploration by bringing down the astronomical cost that, until Musk came along, only wealthy countries could afford.

“In the history of space flight, only four entities have launched a space capsule into orbit and successfully brought it back to the Earth: the United States, Russia, China, and Elon Musk,” Pelley reported.

Musk told Pelley that, when it comes to man’s reach for space, “we’re at the dawn of a new era.”

The big prize of that age—winning the NASA contract to build America’s next manned spacecraft. Musk was facing stiff competition, Pelley reported. But, as always, he seemed to have confidence.