CHEEKY Brits are rushing to Tesco to take advantage of a computer glitch that gives double discounts on meal deals – making them just 4p.

The supermarket’s popular lunch offer means shoppers get a sandwich, drink and a snack for £3, even if they cost more when bought separately.

Tills are supposed to reduce the cost of the three items by the amount they cost above £3. But yesterday tills were applying the discount TWICE.

It meant that those buying the priciest items were getting even better deals.

The glitch is believed to affect big branches but not all smaller Express stores.

Panicked bosses are still trying to fix the error.

Some shops have banned shoppers from buying sandwiches to stop people from taking advantage of the glitch. 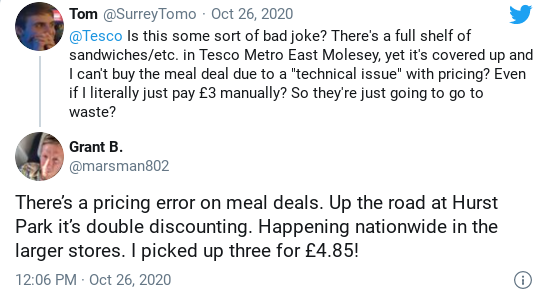 Scores of customers on Twitter posted about their bargain finds when purchasing a meal deal.

One shopper, Melissa, tweeted: “Tesco meal deals are scanning through at £1 in my local tesco and instead of doing anything the guy working was just telling everyone to treat themselves. What a legend.” 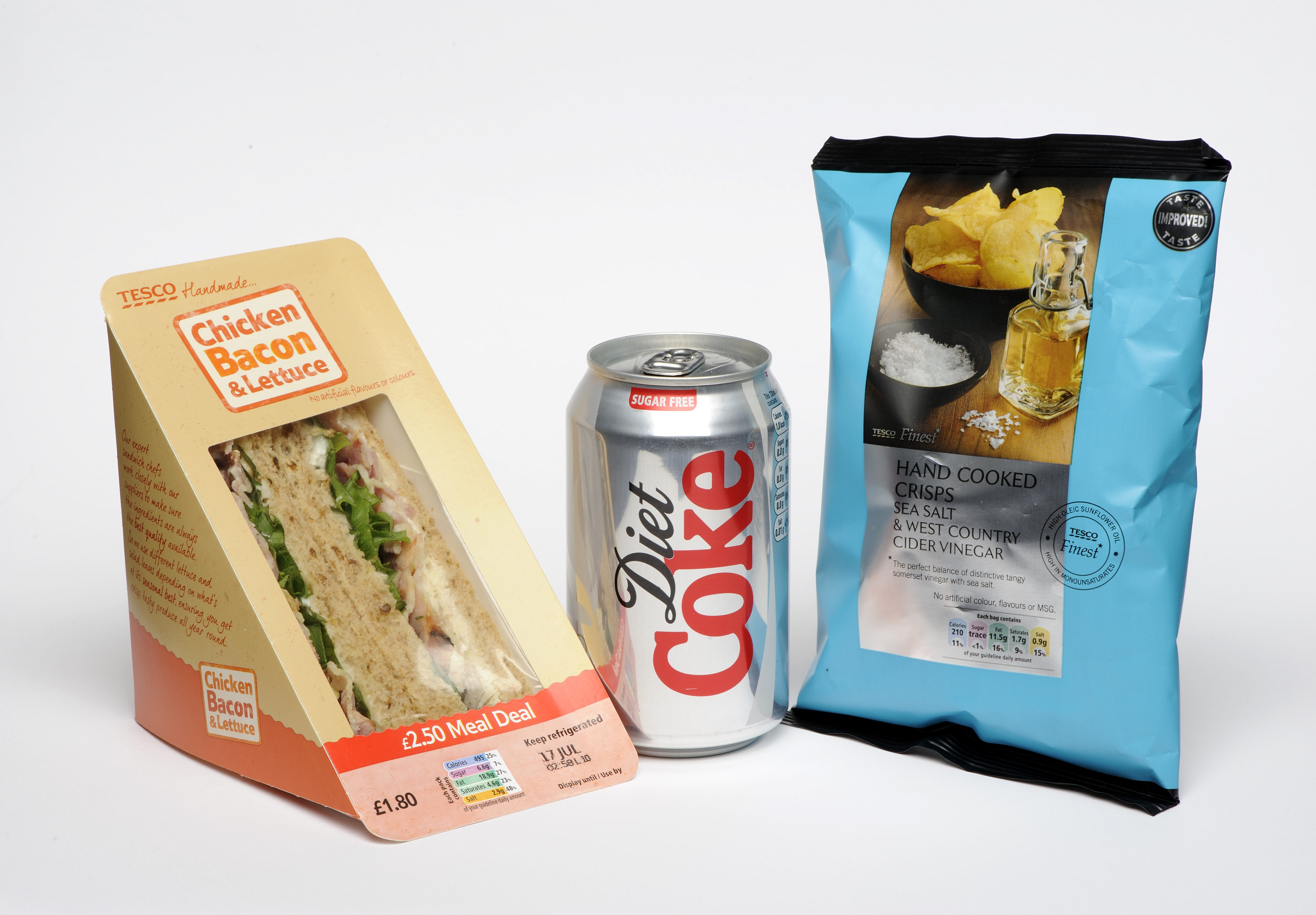 But Tesco removed the meal deal discount twice, taking the price to 4p.

Another customer shared how they picked up a sandwich, chicken satay snack and bottle of Coca-Cola for just 71p.

But another frustrated customer asked the supermarket what will happen to the food if shoppers can't buy it.

He then continued: "So they're [the food is] just going to waste?"

Last month, The Sun revealed how meal deals at Tesco can be worth up to £6.24 with the most expensive combination of products.

After years of steering clear of the lunchtime meal deal, Asda finally launched its own in August and prices start from £1.60.

In February this year, Morrisons cut the cost of its lunchtime meal deal by 50p.

In 2019, Boots angered customers by hiking its meal deal price by up to 60p in some shops.