Political parties could be fined for publishing misleading election advertisements and platforms such as Facebook and Twitter fined for hosting the "fake" ads under laws being examined by Victorian politicians.

Tech giants will come under the scrutiny of a state parliamentary inquiry that begins hearings on Tuesday to consider the role of social media in elections. The probe will focus on whether there is sufficient regulation to limit the spread of political misinformation. 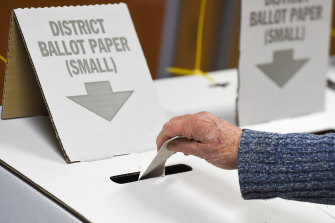 The parliamentary inquiry will consider the role of social media in Victorian elections.Credit:Justin McManus

Senior officials from Facebook Australia will front the inquiry on Thursday. Professional networking platform LinkedIn and youth-focused TikTok have made submissions detailing how the social media companies manage the proliferation of false content. Twitter's Australian arm has been invited to appear.

Politicians and regulators worldwide are investigating ways to thwart dissemination of misinformation on social media, as an increasing proportion of the public turn to social platforms for news and other information. The issue has been highlighted in recent weeks, with Twitter consistently labelling US President Donald Trump's unproven claims of widespread election fraud as “misleading”.

The electoral matters committee, chaired by upper house Labor MP Lee Tarlamis, will examine "truth in political advertising" laws that would make it a civil offence to publish election material containing false information that purports to be a statement of fact. 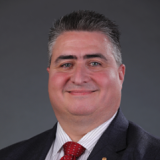 "Social media has changed the way we campaign at elections. It gives people instant access to different viewpoints and makes it easy for people to connect with political candidates. But it can also be used to spread fake news," Mr Tarlamis said.

"There are genuine concerns in the community about the way new technologies appear to be impacting elections in this state."

The laws have existed in South Australia since 1985 and the ACT government this year banned false political advertising. Politicians in the territory were motivated by two recent federal election issues – Labor's "Mediscare" campaign and the Coalition's "death tax" warning – that were widely accepted to be untrue or, at best, misleading.

Fines of between $5000 and $25,000 apply to those who breach the South Australian law. The SA electoral commissioner, who adjudicates complaints about false ads, requested 17 retractions or withdrawals during the past two state elections.

The laws could apply to social media companies if the platforms could reasonably have been expected to know the political advertisement was misleading or deceptive.

The prospect of similar laws in Victoria has already proved divisive. The state Labor Party, Victoria's peak union body and the Centre for Public Integrity welcomed truth laws being examined. Radio and TV industry bodies expressed opposition to the laws and say political parties, not broadcasters, should be liable for misleading advertisements.

The Victorian Electoral Commission, in its submission to the inquiry, said the laws would be open to manipulation by political parties and argued the rules would not effectively capture the gamut of ways by which political actors could seek to act deceptively, including through omission of context, use of literary devices or manipulative targeting.

"The VEC does not consider its role to be an arbiter of 'truth' … The VEC is not an authority on the myriad of issues that arise in an election, and it would be an overreach for the VEC to purport to determine the truth in such issues," the commission's submission states. It adds delays in assessing complaints and potential non-co-operation by platforms could reduce the effectiveness of the laws.

Luke Beck, an associate professor in constitutional law at Monash University, is urging the committee to recommend laws modelled on the accepted commercial definition of deceptive and misleading advertising. The laws would be policed by Consumer Affairs Victoria, which already monitors deceptive commercial advertising.

"If someone says Bill Shorten will ruin the economy, that's not deceptive or misleading – it's just puffery," he said. "Whereas if someone says Labor has a plan for a death tax, that's a statement about a fact that is false."

The inquiry, which will hold virtual public meetings, will also examine government support for fact-checking organisations and whether to require public disclosure of all online political advertising and its funding source.