Hollywood director and star Taika Waititi jokingly told a roomful of publicists on Friday that celebs are “annoying” and “immature idiots” — while poking fun at his own tabloid-ready escapades.

Waititi, as the Oscar winner behind “Jojo Rabbit” and director of Marvel’s recent “Thor” franchise, can seemingly do no wrong in showbiz. He’s also been enjoying his success off-screen — making headlines for a three-way smooching session last year with girlfriend Rita Ora and Tessa Thompson on a Sydney balcony after an all-night party at his mansion.

The New Zealander told a ballroom full of high-powered p.r. folks at the 59th Annual ICG Publicists Awards on Friday when he was honored: “I really like you guys. You guys are helping me out with a lot of s–t. Big thank you. Big thank you!” 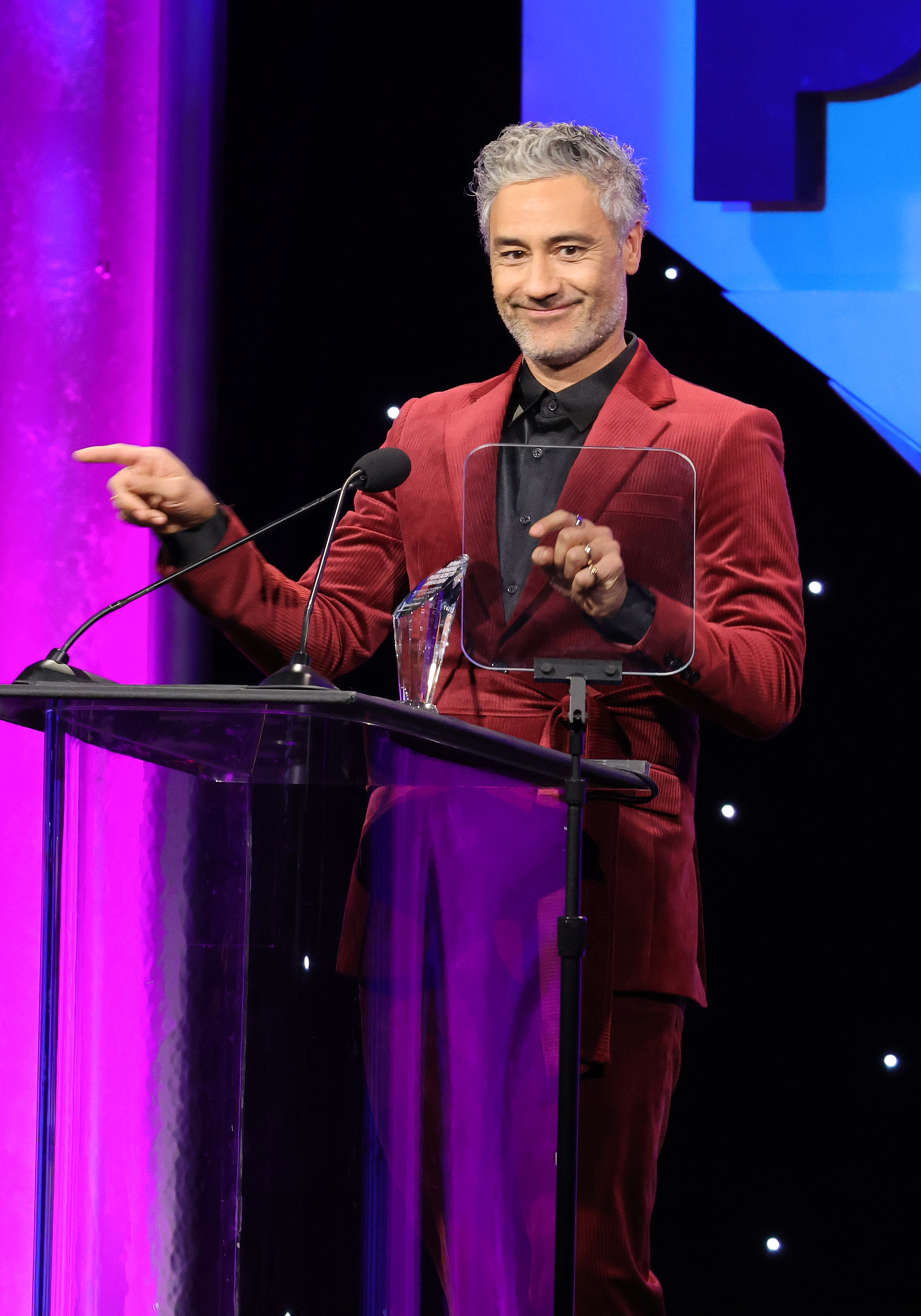 Carrying on with the kidding (we think?), he added, “How did you find me in that hotel? I’ve always wondered that. I never told anyone I was going there… but [you] found me, at 10 in the morning. Incredible! I love you guys. I didn’t want to leave… I didn’t want to leave, [I’m] a little bit angry.”

The “Free Guy” actor said that for poor p.r. pros, famous clients “are very frustrating” for asking their beleaguered flacks questions like “ ‘Can we get a plus-18 to that party tonight?’”

“I get it, we’re annoying!” he said. “Hollywood is already a city full of immature idiots, and you all are a bunch of hardworking patient parents.” 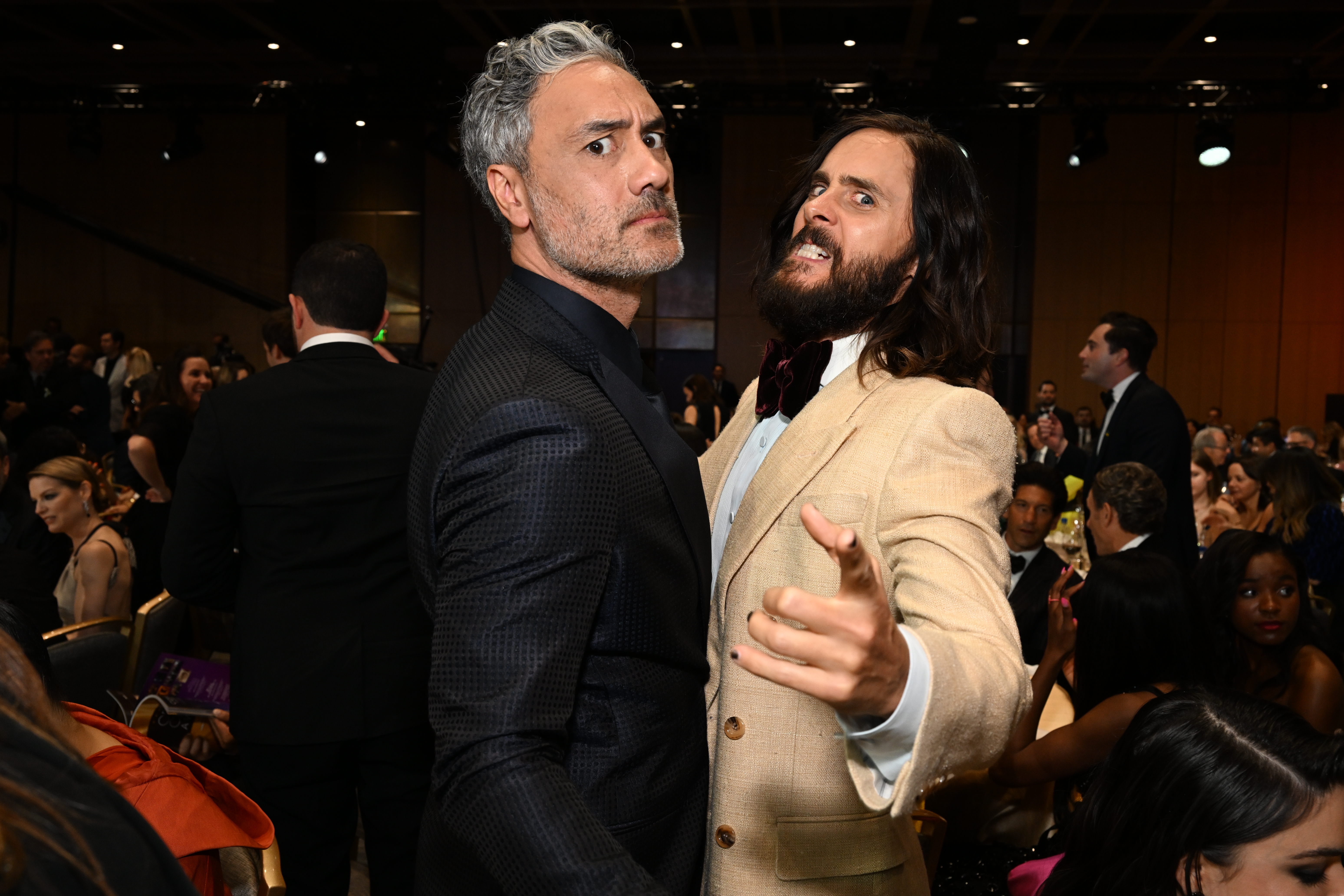 However, “I do need to talk to you about this party I want to get into this weekend. It’s got a good gift bag,” he quipped before Sunday’s Oscars ceremony and attendant parties. 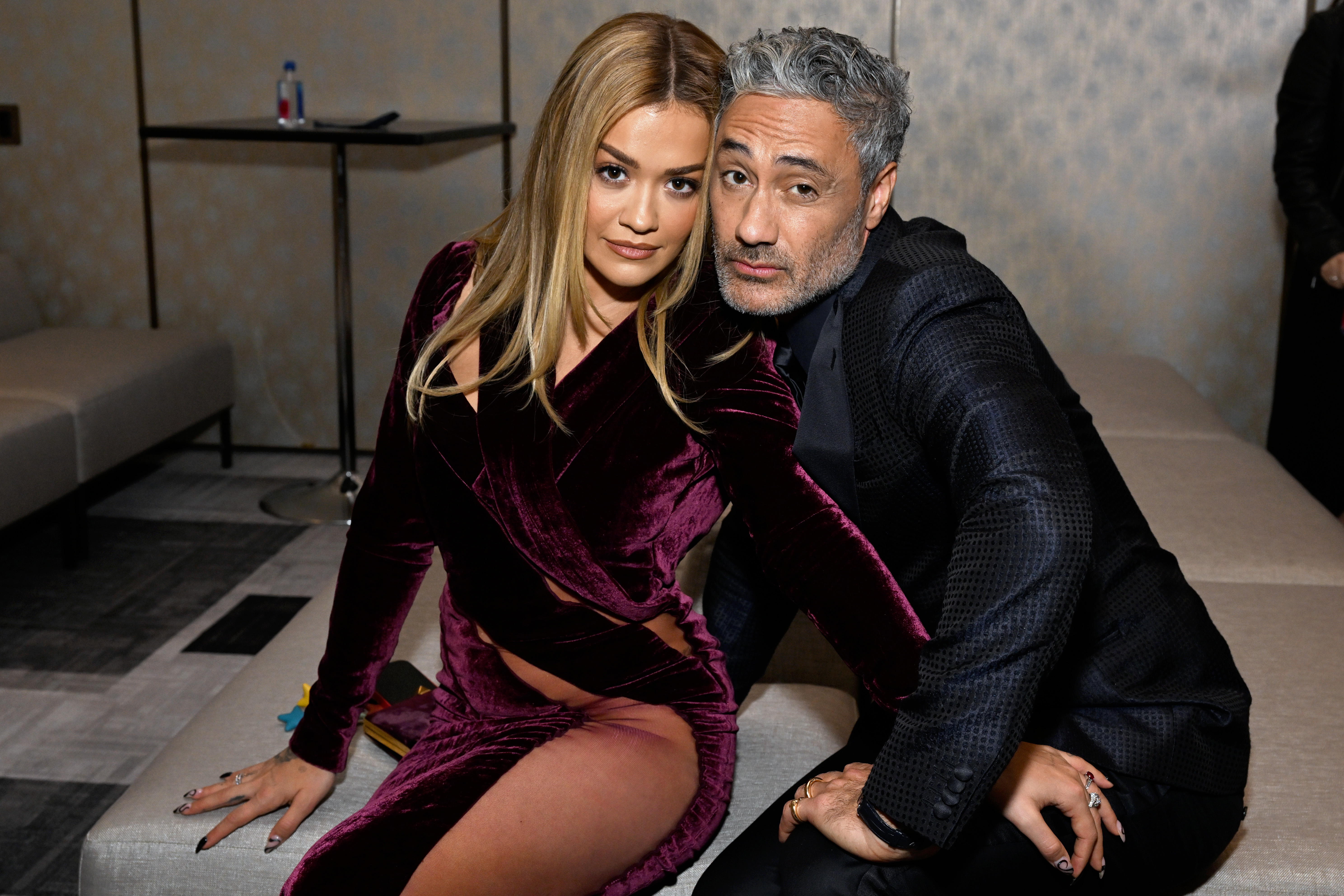 When Alana mangled the word “indelible” from the event’s teleprompter, she joked from the stage: “I don’t know how to say this word. I went to an arts high school, I can’t read.”

As far as that kiss with Ora and Thompson was concerned, Waititi previously told the Sydney Morning Herald: “I think in the world of the internet, everything goes away pretty quick… and also, ‘Is it that big a deal?’ No, not really. I was doing nothing wrong. It’s fine.”