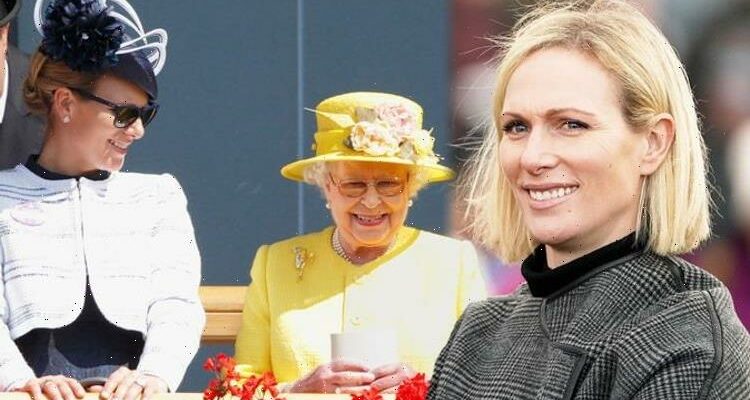 Zara Tindall and Queen Elizabeth II have enjoyed some public outings together over the years. What could their body language reveal about their bond?

Zara is the only daughter of Princess Anne and she is the granddaughter of the Queen.

Her role in the family could not be more different from the monarch, however.

Zara does not have an official royal title and has not worked on behalf of the Firm.

This has led her to stay out of the public eye more than others in her family.

Zara and the Queen have spent time together at special events at Royal Ascot in the past.

During these times, their body language may have shown a glimpse of their close bond.

She said: “This looks like such a joyful and even indulgent relationship between the Queen and her grandchild Zara.

“It is perhaps made more relaxed because Zara is not an official member of ‘The Firm’ and so can see and treat the Queen purely as her grandmother, rather than also being her boss.”

As Zara is not a working royal, her interactions with the Queen may seem different to other royals.

Judi suggested the Queen acts purely as her grandmother and not as her “boss”.

When together, the expert claimed their body language represented their “strong bonds”.

She said: “There are three key body language signals defining the strong bonds of affection here, their proximity, their touch rituals and their mirroring.

“Zara is probably the most openly tactile and spontaneous-looking member of the Royal Family as well as being the most good-humoured-looking one.

“Both those qualities seem to have a very positive effect on the Queen, allowing her to be more openly demonstrative than she is seen to be in public with most of her other relatives.”

Zara has also shown “spontaneous” gestures in public which appear to be well received by the Queen, Judi added.

The expert highlighted one outing where the royals were seen together smiling on a balcony at Royal Ascot.

“Zara’s body language looks more like that of a happy, playful child here as she leans back with both hands on the balcony in front of her,” she continued.

“This, and the very affectionate-looking smile she aims at her grandmother, look like an invitation to share the fun.

“The Queen reciprocates, with a broad, eye-wrinkling smile that involves an upper and lower teeth display.”