South by Southwest is an annual multi-day event series that’s part music and film festival, part tech conference, and part speaker series that’s hosted influential speakers like Elon Musk, Lady Gaga, and former President Barack Obama as well as attracting celebrity performers like Garth Brooks and Solange Knowles. The festival has premiered hit movies like A Quiet Place and Trainwreck and has earned a reputation as a celebrity hot spot for entrepreneurs and entertainers alike, even serving as a hub for Democratic presidential candidates to make themselves known to the public in 2019. But SXSW — typically held in March, in Austin, Texas — was hit hard by the pandemic, canceling its 2020 event and sticking to a virtual schedule for 2021. Today, however, festival fans can breathe a sigh of relief about the future of our favorite festival hybrid: with a new investment from P-MRC, the future of SXSW is suddenly looking very bright. 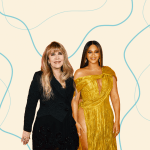 P-MRC, a joint venture between SHE Media’s parent company Penske Media Corporation and MRC, has now acquired a 50 percent stake in SXSW, per The Wall Street Journal. P-MRC and SXSW will work as long-term partners to bring back an in-person festival that’s bigger and better than ever in 2022, aiming for a March event held in Boston as their first post-pandemic venture.

“It has been an incredibly tough period for small businesses, SXSW included,” shared SXSW CEO and Co-Founder Roland Swenson. “When Jay Penske approached us with an interest in becoming a partner, it was a true lifeline for us.  Both of our companies share a passion for producing high quality content that helps shape modern culture, so this feels like a natural alliance.  Now we are focused on the March 2022 event, and we’re honored to embark on a new chapter of SXSW with both his experience and the capabilities of P-MRC at our side.”

Jay Penske, Chairman and Chief Executive Officer of Penske Media, which includes media brands Rolling Stone, The Hollywood Reporter, Billboard, and more, also shared his excitement for the potential of SXSW to grow even larger: “We are grateful and proud to become enduring partners with SXSW, and collaborate with its exceptional team.  Since 1987, SXSW has been the world’s premier festival centered at the convergence of tech, media, film, and music. Today SXSW continues to be one of the most recognized brands for empowering creative talent and bringing together the brightest creators of our time. As part of this significant investment, we plan to build upon SXSW’s incredible foundation while extending the platform further digitally and assisting Roland and his incredible team to bring their vision to even greater heights.”

It’s been a long time since standing in a crowd has felt possible, let alone enviable — but as we look forward to a return to the outside world, it’s a relief to know this series with a knack for premiering exciting new talent, art, and innovations isn’t going anywhere.