Queen Silvia of Sweden has admitted it was ‘a big shock’ to learn of her father’s Nazi links following the late businessman’s death.

The wife of King Carl XVI Gustaf discovered in 2002 that her late father, Walther Sommerlath, became a member of the Nazi party during the 1930s, and spoke this week the impact it had on her family.

Silvia was speaking in one of a series of documentaries to mark her 75th birthday later this month when she made the admission.

According to Royal Central, she told Drottning Silvia 75 år [Queen Silvia at 75] that she didn’t believe the revelations at first but ‘when I got to see the evidence in black and white, I had to accept it’. 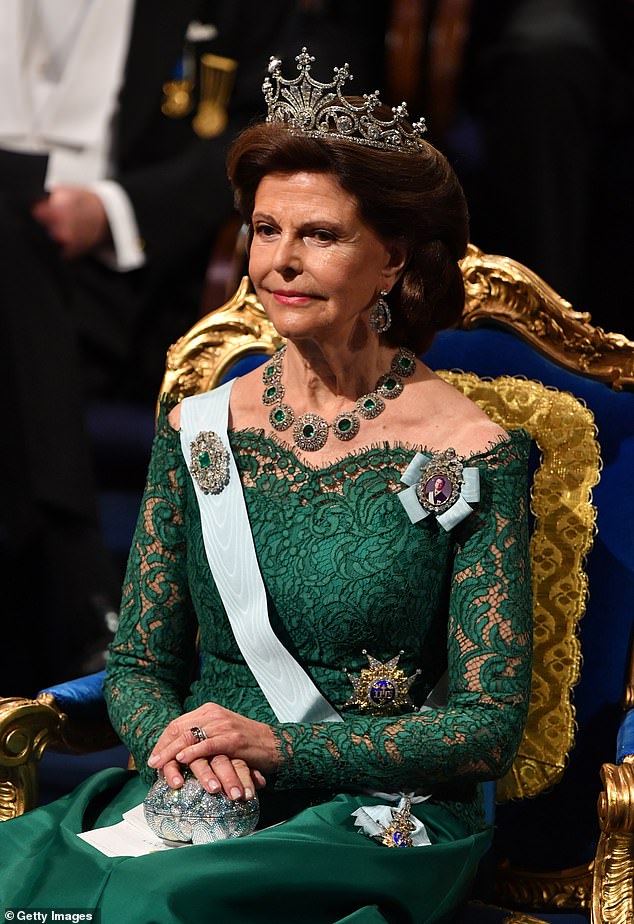 Sweden’s Queen Silvia, pictured in Stockholm last week, has admitted it was ‘a big shock’ to learn of her father’s Nazi links following the late businessman’s death in 1990 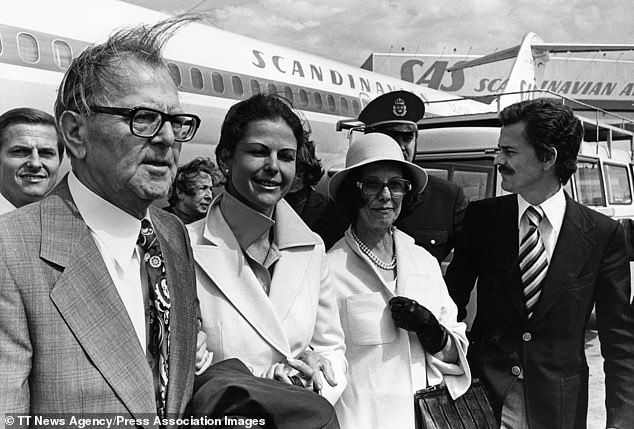 Silvia Sommerlath, now Queen Silvia, with her parents Walther and Alice and her brother Joerg at Arlanda airport, two days ahead of her wedding to Swedish King Carl XVI Gustaf in 1976

She added: ‘I’m not trying to detract from the fact that he had become a member. But you may have to think “Why did he do it?”

‘He and many others did not know what would happen after. Had he known, I don’t believe he would have become a member.’

When she married into the Swedish monarchy in 1976, her German father denied he had ever been a member of the Nazi party. It later emerged that he had joined the movement in 1934.

Queen Silvia admitted this week that she has since carried out extensive research in a bid to understand more about her father’s involvement with the NSDAP since the scandal was exposed in a Swedish newspaper in 2002.

Eight years later, in 2010, the revelations about Sommerlath – who was living in Brazil at the time he joined the party and only returned to Germany on the eve of war – plunged the royal family into crisis. 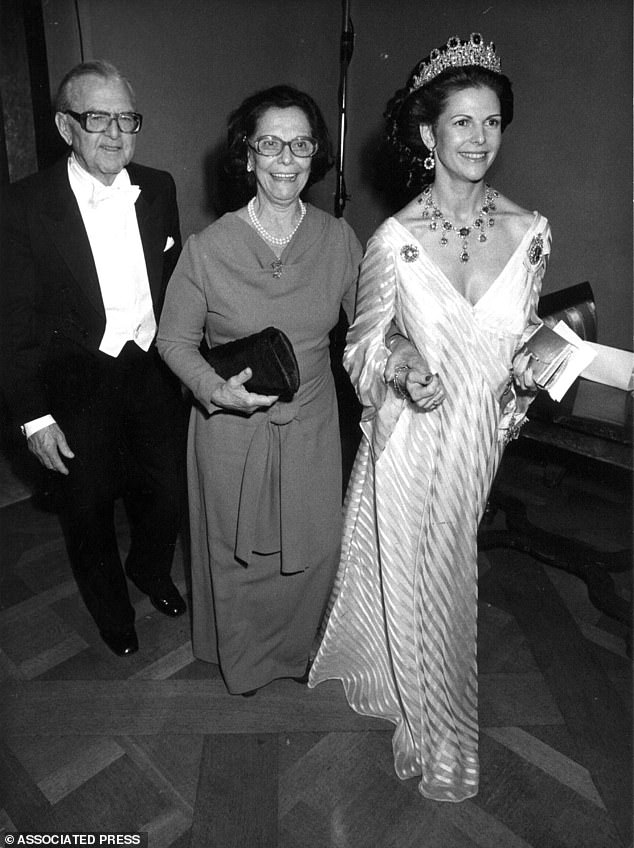 Sweden’s Queen Silvia, right, arrives with her parents Alice, center, and Walther Sommerlath, left, at the Nobel Prize ceremony in Stockholm in 1981. When she married in 1976 the Queen’s German father denied he had ever been a member of the Nazi party 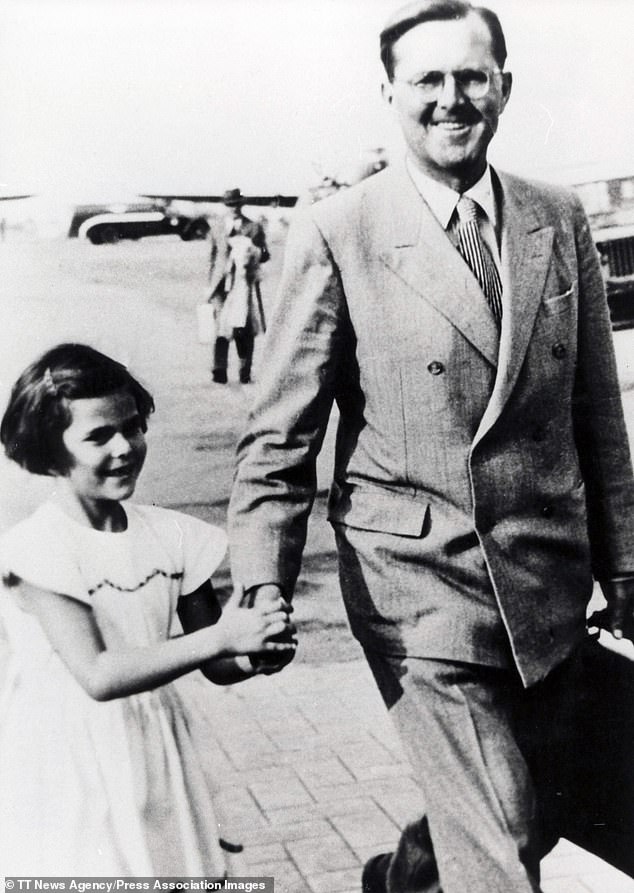 Sweden’s future Queen Silvia Sommerlath holds her father’s hand in a childhood photo. Revelations about Sommerlath – who was living in Brazil at the time he joined the Nazi party and only returned to Germany on the eve of war – plunged the royal family into crisis in 2010

But in 2011, a fresh report claimed that although Sommerlath belonged to the NSDAP Nazi party, he appeared to have been an inactive member and had even helped a Jewish businessman escape the Holocaust.

Sommerlath resettled in Berlin and on 24 May 1939 he took over the company Wechsler & Hennig.

According to Royal Central, Queen Silvia discovered in her research that her father had in fact helped Jewish Ernst Wechsler, a Jewish man, to flee Germany by trading his coffee plantation in Brazil for ownership of the firm.

Queen Silvia added: ‘It’s been 30 years since he died so now I think it is enough. I want to say to the Swedish people that I am at ease with it. I know that my dad is not the person that people have created him to be.’