From red carpet to real life…SUSANNA REID: Curse of the celebrity selfie (and yes, I’m as guilty as anyone)

Not long ago, a technical fault at home meant I had to call out an engineer. A few minutes in, he explained he wasn’t sure about the procedure and, anyway, didn’t have the right equipment. It was a visit wasted.

As I slouched grumpily into the kitchen, he took another look at me. Perhaps my cross face reminded him of how I look on television, and I could see the penny drop. ‘Are you that Susanna Reid?’ he asked, eyes widening. And then the inevitable: ‘Can I get a selfie?’

Tricky. Actress Emma Thompson was criticised for turning down a photo with a waiter in a restaurant at the weekend, but letting a stranger take photos of me, in my house, felt weird.

I said no. There were, hopefully, no hard feelings. I didn’t think he had been unprofessional. He didn’t seem to think I’d been rude and we ended up chatting and laughing, which felt more normal. 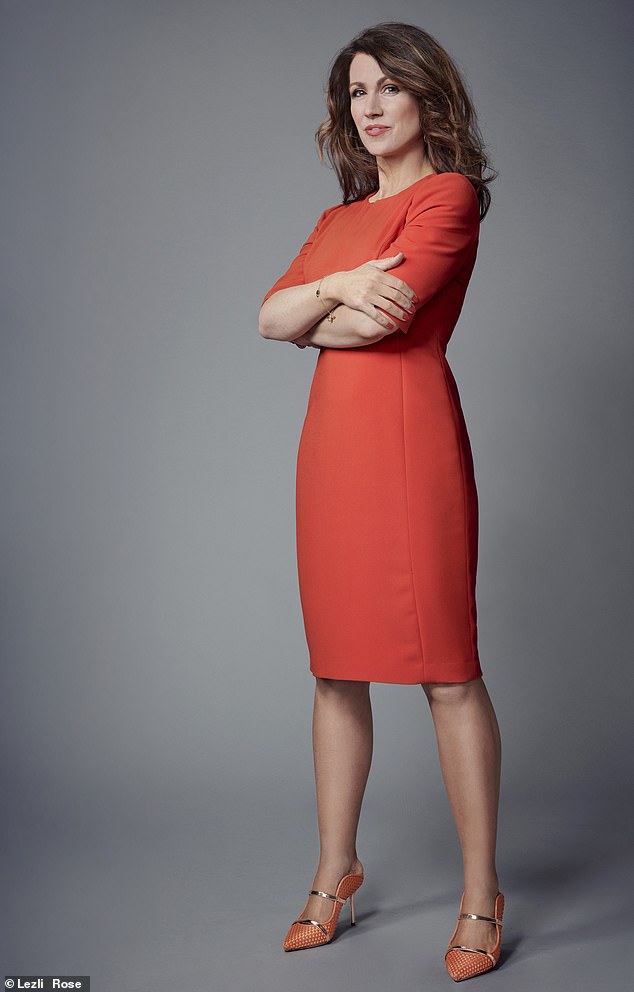 Susanna Reid (pictured) discussed the appropriate time to ask a celebrity for a photograph, following her encounter with an engineer called to her house

Don’t get me wrong. I would never say no at a red-carpet event. It’s part of the job. Without the viewers we are nothing, so a simple picture is hardly too much to ask. The only awkwardness is looking into a crowd of expectant faces and realising they have no intention of asking me for a photo — because they are all waiting for Amanda Holden or Holly Willoughby behind me.

But at home, or when I’m with my kids, it’s different. It feels . . . odd. That’s why I used to say no if I was asked for selfies while out with my children when they were young. They’d be shopping with me — their mum — and all of a sudden someone would be treating me as if I was special.

I could see the look on the kids’ faces as the picture was taken. I went from ‘Mummy’ to ‘the lady off the telly’ and it took a few uncomfortable minutes for us all not to feel weird about it.

It makes me laugh if someone requests a selfie, then asks: ‘Who are you again?’ They just vaguely know they know you from somewhere. It strikes me that the selfie transaction can be quite one-sided, as people often don’t speak to you and just wave their phone hopefully in your face.

It’s far worse for those who are really in demand. Last summer, I sat at a dinner table with sprint legend Usain Bolt and I suspect he wasn’t able to eat a morsel of food all evening, so long was the queue of people asking him for a picture. It was a charity event, so he graciously said yes to every one. ‘I know you must be fed up with this,’ each person began, ‘but can I just get a picture?’

Yes, I’d have loved a cheeky snap with him, too. But the poor chap needed a minute’s break.

I did once ambush Tom Cruise at the London premiere of his film Edge Of Tomorrow, though. He is famous for enthusiastically doing pictures with fans, so I grabbed one with him live on GMB. Oh yes, and the resulting snap ended up on the front of this newspaper with the label ‘Susanna’s toe-curling selfie’! 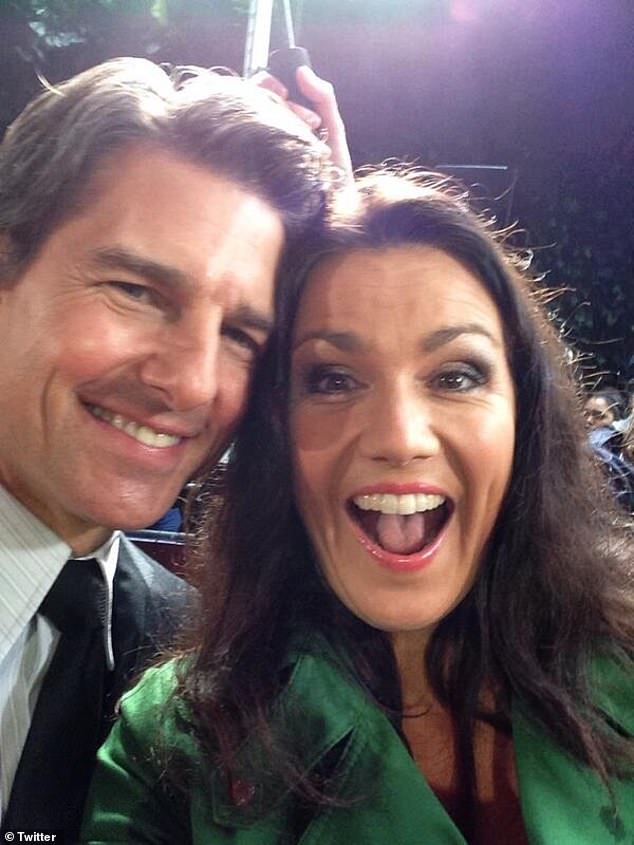 But there have to be limits. Emma Thompson was right to say no to that hotel restaurant selfie, rather than impose on her guests and spoil the atmosphere at their smart dinner. She was off duty and the waiter was supposed to be working, so it was against the rules for him to ask. (He was promptly suspended — a bit over the top, surely — and she is now fighting for him to be reinstated.)

For a fan, a selfie takes just a moment and those who dare to ask, win. But for the celeb, the seconds can add up to never having a moment to themselves.

I’m lucky that when I’m not doing my job, but am out at the supermarket in jeans and a jumper, I am rarely stopped. Without the presenter’s warpaint I couldn’t look more different from the ‘lady off the telly’ — I’m just my normal self.

And nobody wants a selfie with that Susanna Reid.

The real reason Boris can’t get his deal through

On the date Brexit was supposed to have happened but didn’t, it doesn’t surprise me to find the astrology world warning us that Mercury goes into retrograde today.

Our zombie Parliament has repeatedly failed to deliver any certainty, opinion polls and experts keep getting it wrong, so I’m seizing on anything that might offer a clue. 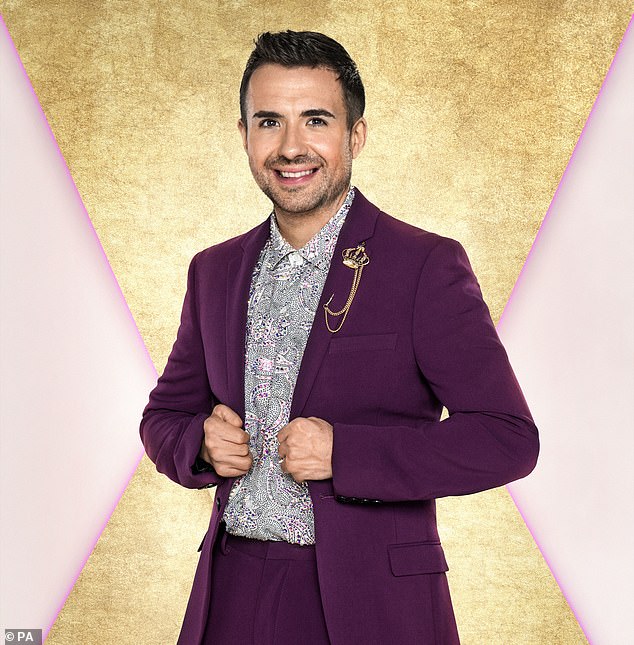 Susanna claims injuries always occur on Strictly around Halloween, Will Bayley (pictured) was forced to leave the show after damaging his knee

Halloween is prime time for injuries — and I should know

Injuries strike around the Halloween episode of Strictly every year. By this stage in the season, ambitions are keener, bodies fitter and everyone feels they can push harder. Unfortunately, people get hurt.

Poor Will Bayley jumped from a table and his knee ended up so damaged, he’s had to leave the show.

I got injured ahead of the Halloween show myself when I took part — an ambitious lift put my back into spasm. I desperately wanted to do the lifts, which are even harder than they look: it isn’t all about the man doing the lifting, the woman has to lean into it to make it work. The pain was so bad I could barely move.

Fellow contestant Abbey Clancy saved the day: by coincidence, the Leicester City football team were staying at our hotel. Abbey, whose husband is footballer Peter Crouch, just sidled up to their physio and asked him to fix my damaged spine. A few painful cracks later, I felt transformed.

What a pity Abbey and Peter couldn’t come to Will Bayley’s rescue, too. 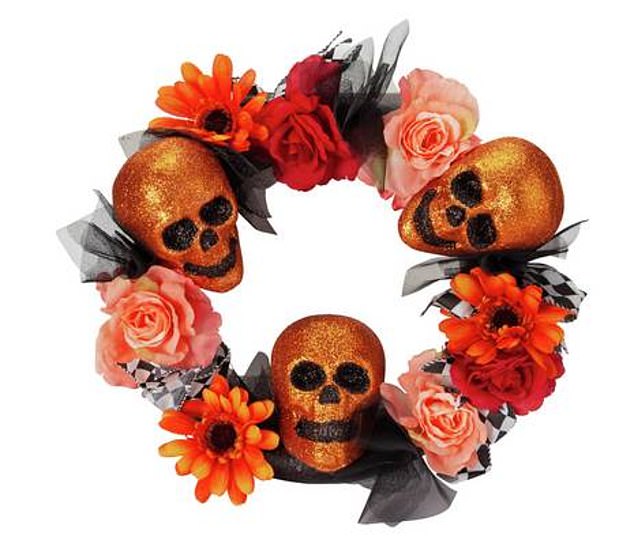 I always have a beautiful wreath of berries at Christmas, but had never thought about putting one on the door at Halloween. Then I spotted this spooky arrangement of fake flowers, sparkling orange skulls and black net ribbons. It’s a lot less effort than carving a pumpkin and will last for years. Now I’m all set to welcome the trick-or-treaters with a bowl of sweets tonight.