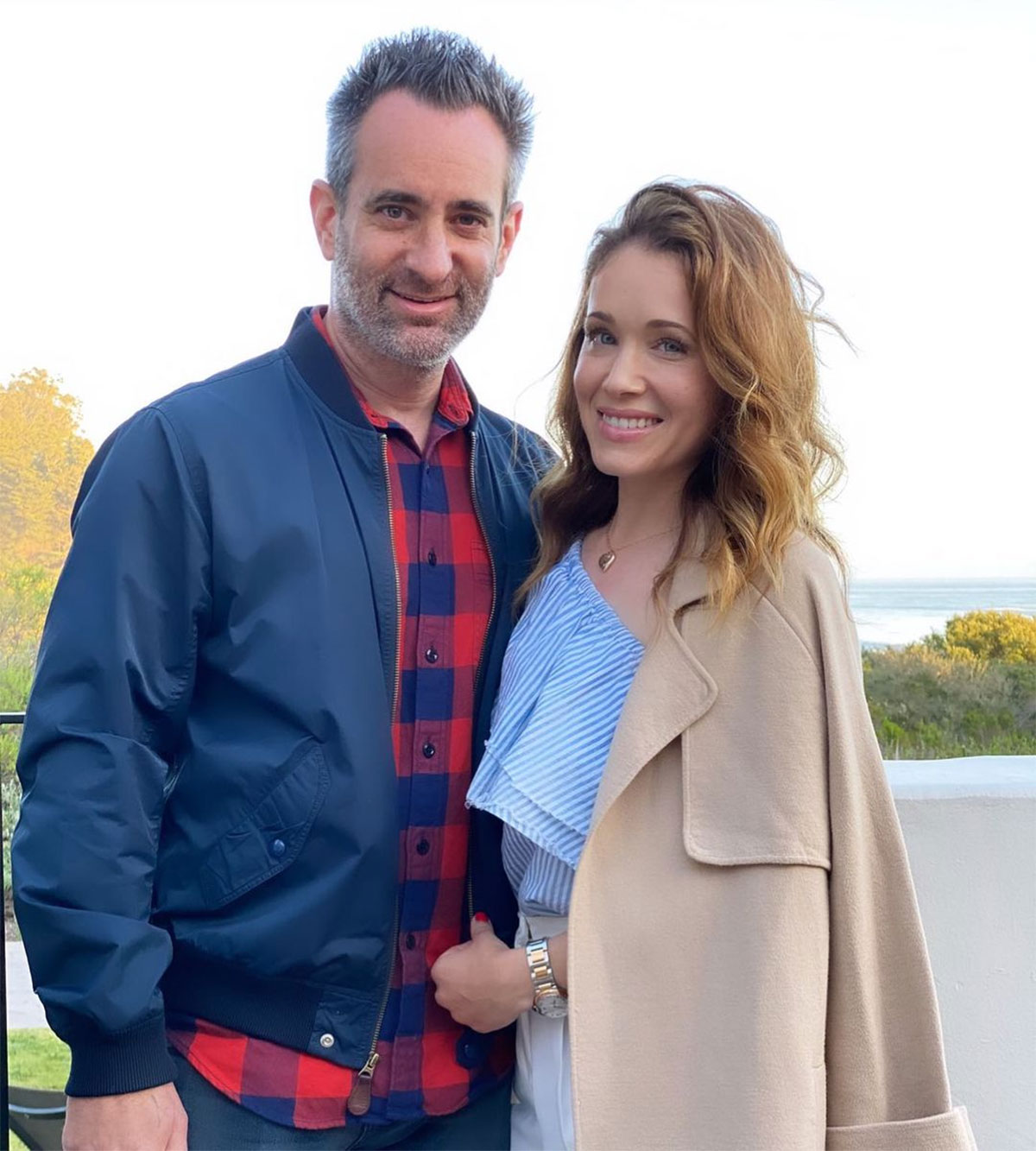 Round three! Marla Sokoloff announced on Wednesday, October 13, that her third child is on the way.

In the social media upload, the San Francisco native cradled her stomach in a patterned dress while holding up three fingers. Her girls hugged her budding belly in a second shot.

Celebrity Pregnancy Announcements of 2021: See Which Stars Are Expecting

The little ones are big fans of their mom’s role on the ABC show, which ran from 1987 to 1995, and the revival series, Fuller House. “I think kids at school told them about it,” Sokoloff, who played Gia, told In Touch in November 2019. “I have no idea how they found it. It’s just the gift of Netflix, and they probably just [went] on one show, and it led them to another and they somehow got there.”

The Baby-Sitters Club star added at the time: “They are obsessed with Fuller House. I mean, sometimes I will come home from working on Fuller House, and I walk through the door, and they are watching Fuller House. They stream, like, 800 episodes of it. I am like, ‘Guys, we need to take a break!’”

Elliotte and Olive were “starstruck” when they saw Candace Cameron Bure on set, the Practice alum went on to say.

“It’s kind of cool that they get to come to work and see it all happen,” she explained. “It also makes me feel better that what I am doing makes kind of sense to them, and I am not just gone and flying all over and leaving them. I think it’s nice for them to have some sort of pay off.”

‘Full House’ Stars: Then and Now!

The following month, Sokoloff reflected on how she cared for her family members while directing her first movie out of state.

“I had this calendar where every hot lunch was set up, every playdate, every after-school enrichment. Carpool. Activities. I did not have one day where they weren’t doing something,” the Fuller House star told Moms in December 2019 of filming Christmas Hotel. “When I got there and I was on set, I never had to quickly text a girlfriend or text my husband to figure out how someone was getting home.”