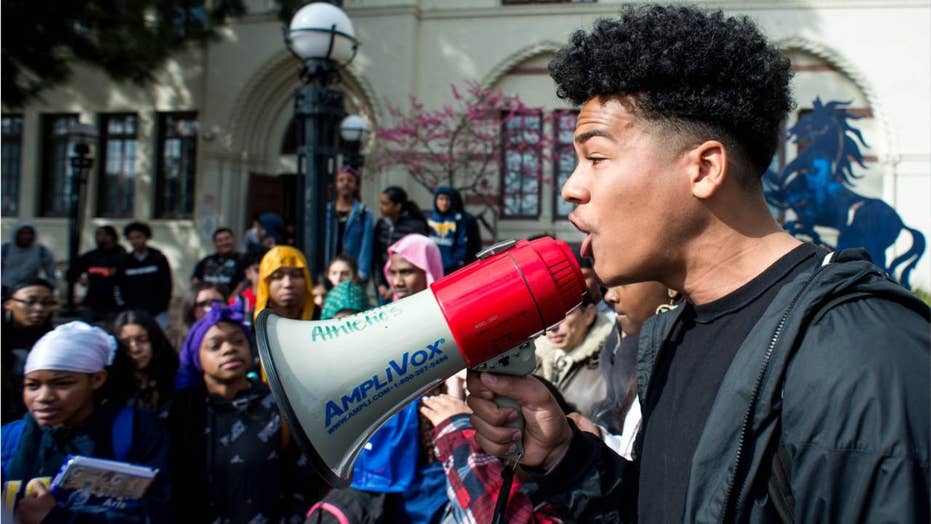 Students at a Pasedena, Calif., school staged a walkout to protest the school’s dress code ban on do-rags.

More than 100 students reportedly participated in the walkout, which took place Wednesday at 9:27 a.m., to protest the ban.

STUDENTS FIGHT BACK AGAINST SCHOOL'S DO-RAG BAN: 'IT'S PART OF OUR CULTURE’

“The main reason we protest today is because we’re trying to stop the criminalization of black men on campus,” senior Reggie Myles of the Black Student Union told the Pasadena Star-News.

The students involved in the walkout have claimed the do-rag ban is “trying to cleanse our ethnic beauty” while also perpetuating a stereotype that the head covering is gang-related apparel, Pasadena Star News reported.

Students participating in the walkout chanted “I am not dangerous” during the peaceful protest, Yahoo Lifestyle reported.

According to the Pasadena Unified School District’s dress code, do-rags are not mentioned specifically, but all “hats, caps and other head coverings” are banned from being worn indoors — including do-rags, or wave caps.

Principal Lawton Gray defended the dress code, but denied that the ban had anything to do with the head covering being seen as gang-related apparel.

“It has to do with the values we have for how we present ourselves at school,” he told the Pasadena Star-News.

“The time to wear a do-rags to protect waves is when you’re asleep,” he added.

Though the ban is currently in effect, Gray said he has met with, and will continue to meet with, the Black Student Union to discuss the dress code.

“We are providing classroom and campus dialogue to provide secure forums where all opinions are respected in both words and actions,” he told Pasadena Star-News.

The students reportedly did not face disciplinary action for participating in the walkout.