TV’s Steph and Dom Parker, 51 and 54, draw on their 20 years of marriage to solve your relationship problems . . .

Q: Help, I’m at a total loss. Three years ago, I got divorced. The whole thing ended terribly and I wasn’t ready to date for a long time.

However, this summer, aged 54, I thought I’d have a go at online dating. A couple of months ago, I met a wonderful man and we started seeing each other every couple of weeks.

I was really falling for him. Then, one night, after he left my house, he didn’t reply to my text asking him if he was home. I could see he had read it, so I sent another message. 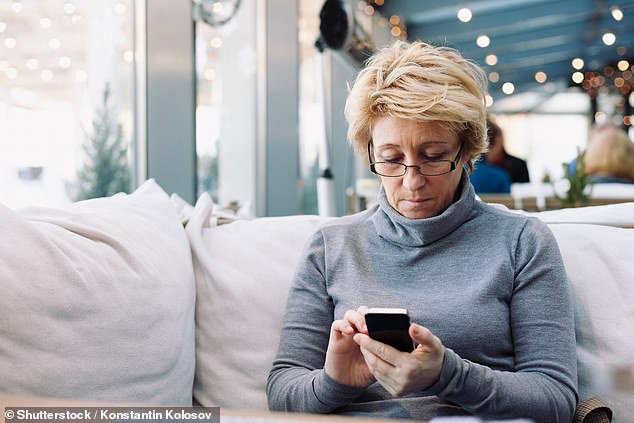 An anonymous reader, a 54-year-old divorcees, asked for advice after she was ghosted by an online date (stock image)

Again, nothing. This was three weeks ago.

I can see he’s been on his phone since, so I know nothing has happened to him, but I don’t understand why he disappeared. I’m thinking about going to his office as I know where he works. I’m just so fed up of being treated badly. What do you think I should do?

STEPH SAYS: Well, this is a thorny issue isn’t it? We are in the world of online dating, which is unfamiliar to me — as it is for you too — so I have every sympathy with you. How are we supposed to know the way it works if we have never played the game and been taught the rules of engagement?

That said, clearly we need to get to know them fast, and work out how you can adapt them for you.

I’ve never tried dating online as it wasn’t really the thing when Dom and I met back in the Nineties, so I showed your letter to a friend who met her fiance online.

She tells me this bloke’s disappearing act — known as ‘ghosting’ — is depressingly common.

Everything seems to be a bit looser now than it was when you were last out there. Personally, I think it’s bloody rude. But, still, at least you know it’s not about you — it happens all the time.

The other thing you need to know is that apparently no new relationship is exclusive until explicitly stated.

If you’re anything like me, you would expect to have a handful of dates and boom: you’re a couple. But now, apparently lots of people think it’s OK to date several people at the same time until they pick one — or simply move on to the next bunch. 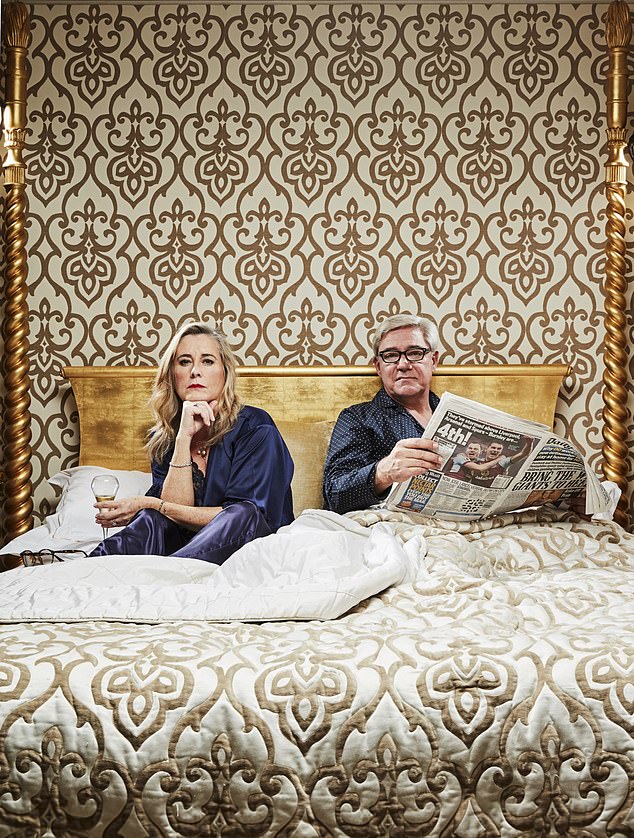 Steph says ghosting is common – and rude, but to not let the experience stop her from dating

In your letter you say you saw this man every couple of weeks. I wonder if he was still auditioning others.

The key here is to learn from this experience. Do not stop venturing out to meet new people. Do not let one pathetic man (what a coward! He couldn’t even tell you he wasn’t interested any more) knock your self-confidence to the extent that you don’t go on any more dates.

And don’t rock up to his office to confront him. I totally understand the impulse. It’s the kind of thing I would do — in fact, I have done it in the past — but it’s not something I recommend in these circumstances.

I know you think you do, but you don’t really know him, so you don’t know how he will react. Don’t give him the opportunity to say something awful to you and make you feel even worse than you already do.

Which brings me to my final point: you seem to have lost sight of yourself in all this. It’s like you’re sitting back, waiting to be chosen, but you get to choose too! So take control.

Yes, he rejected you, but you can choose to reject him, too. And don’t do him the courtesy of letting him know. Block his number and move on.

DOM SAYS: I’m sorry to hear of the demise of your marriage. It’s always hideous when it ends in tears.

An acrimonious split does more than change your way of life, it can change the way you see yourself and knock your confidence, too. So, firstly, I would say ten out of ten for getting back out there!

It is certainly far from easy. Particularly if you’re going to dip your foot into the world of online dating. 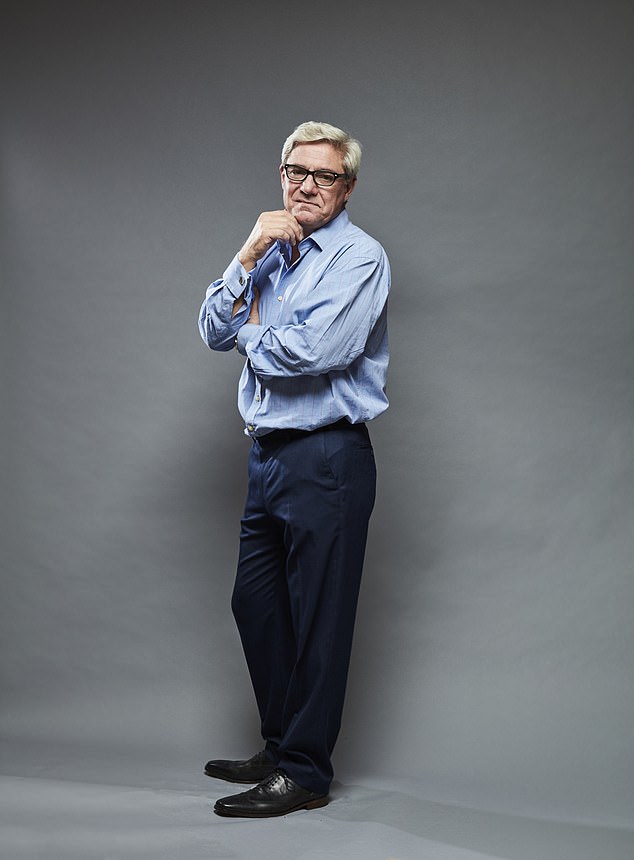 Dom says: Shut the laptop and walk away! He says he wouldn’t be caught online dating if he was single

What you’ve experienced is something I believe is called ‘ghosting’. I’m told it’s quite common in the online world, so you must not take it too personally. Which is not to say you’re not to consider it rude, unkind and inconsiderate — which it is. It is all of the above and some rather unprintable words, too!

What makes this particularly ghastly is that you can see he’s still on his phone and that he’s read your messages and chosen to ignore you. But at least this means you are left in no doubt as to his whereabouts.

You may now feel less certain about his initial intentions. I think there are men out there — yes, even men who seem perfectly eligible and of the right age — who aren’t as committed to finding a relationship as you are.

You, quite rightly, are looking for undying love, but he may well be seeking something rather more short-term.

You must not beat yourself up about it — you couldn’t possibly have known. However, from this point on, you must resolve to put it in the past. Don’t give him another thought.

You say you’re thinking of visiting him at his office. This is not a good idea.

Don’t lower yourself to that level, he’s not worth it and it would be absolutely hideous if he called security! But what next? Personally, I wish you would put down the damn laptop and walk away.

You and I are the same age and I have to tell you that, should I find myself in your position, I’m not sure I would risk the ego-bashing that’s on offer online. To be blunt, I wouldn’t go anywhere near it.

If you’re looking for an old-fashioned type like me, then I fear you might be looking in the wrong place.

Love can be difficult to find when you’re looking so hard for it. Best thing to do, I feel, would be to join some kind of club that caters to your interests, be they sporty, cultural, wine-tasting, whatever.

That way you have a chance of meeting someone who actually has something in common with you, rather than someone whose online profile says they do.