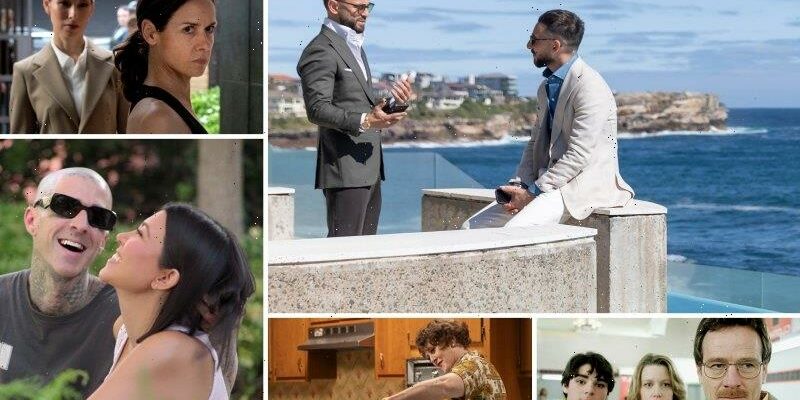 The Easter long weekend is upon us, which means you’ll spend the next few days wondering whether or not the shops are open before deciding to stay inside and survive off chocolate and hot cross buns.

While many people will use the break to visit with close friends and family, for others, the lingering spanner that is COVID-19 continues to wreak havoc on holiday plans. So whether you’ve found yourself in isolation or are unable to see loved ones because they’re stuck inside, never fear – help is here: in the form of a holiday viewing guide.

A mix of old favourites, new recommendations and holiday-themed specials, this list is the best thing you’ll binge all weekend (besides those Lindt balls you’ve been eyeing off). 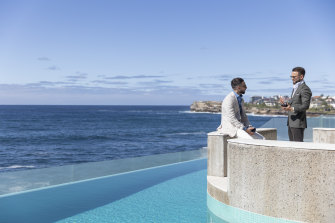 Scenes like this are a regular occurence in Luxe Listing Sydney.Credit:Amazon Prime Video

If you want a stranger than fiction true-crime series… The Girl from Plainville is a new series about America’s so-called “texting suicide case”. Elle Fanning plays teenager Michelle Carter, whose boyfriend, Conrad Roy (Colton Ryan), took his own life after she encouraged him to kill himself. Ryan gives a haunting performance and Chloe Sevigny and two-time Tony Award winner Norbert Leo Butz (Bloodline) are riveting as the powerfully but judiciously written series examines events before and after the tragedy. Stan*

If you want to yell at real estate agents but swoon over the real estate… there are two seasons of Luxe Listings Sydney available to stream on Amazon Prime Video. Luxe Listings is both depressing (because you can’t afford any of the houses on offer) and aspirational (because maybe, one day, you will), but the talent makes the show worthwhile. Gavin Rubinstein, Simon Cohen and D’Leanne Lewis have turned the program into one of Amazon Prime’s most successful homegrown shows. Amazon Prime Video 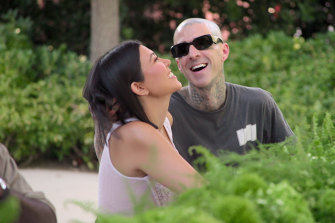 Kourtney Kardashian and Travis Barker in a scene from the new show, The Kardashians. Credit:Hulu

If you want to turn your brain off… then you’re in luck because America’s most famous family has returned to reality TV in the new show The Kardashians, less than 12 months after their dramatic departure from E! Expect to see all the drama from Kim and Kanye’s divorce, as well as Kourtney Kardashian’s high-profile romance with drummer Travis Barker. Disney +

If you’re in the mood for food… the new HBO drama Julia is based on the life and career of famous TV chef Julia Child. So far, four episodes are available on the platform, with four more to come. British actress Sarah Lancashire lands on her feet in the role of Julia Child, the American cook who, in the 1960s and 1970s, transformed that country’s understanding of French cuisine. Binge and Foxtel

If you want something fun but also Easter-y… Superstore is one of the most underrated comedies doing the rounds. Set inside Cloud 9, a department store in the mould of Big W or Kmart, Superstore is the kind of sitcom you can dip in and out without much context – perfect for long days on the couch. Why not skip forward to the 16th episode of season four, Easter, which sees the Cloud 9 team trying to track down an unsanctioned Easter Bunny who has been let loose in the store? Netflix

If you’ve been meaning to get around to Breaking Bad… now is your chance! Use this time wisely and throw yourself in the deep end with Walter White and co. The genius of Breaking Bad lies in the chasm between where the show begins and where it ends up. When we first meet Walter (Bryan Cranston), he is not only down on his luck but he’s dying, too, and with the clock ticking on his terminal cancer, he decides to put his chemistry skills to good use: by making meth. The first season is a little slow but persevere, and you’ll be hooked. Stan 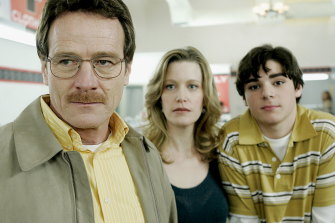 Use your Easter break wisely, by finally getting around to watching cult TV show ‘Breaking Bad.’Credit:AMC

If you’re sad about missing your family over the weekend… a few seasons of Succession will put you off the concept of family for life. A masterclass in Machiavellian family dynamics, Succession follows the lives of media mogul Logan Roy (Brian Cox) and his children, who are in a constant struggle for control of the family business. Binge and Foxtel

If the name Elizabeth Holmes means something to you… then The Dropout is must-see TV. The final episode arrived on Disney + this week, so you can binge all eight episodes should you feel inclined. The Dropout tells the wild story of Holmes, the Stanford dropout who became the world’s youngest self-made billionaire. Holmes built her wealth off the back of Theranos, a groundbreaking medical company that promised to revolutionise blood testing. The only problem? Holmes’ company was built on a series of lies. Disney +

If you’re obsessed with the Melissa Caddick story… both episodes of Underbelly: Vanishing Act have arrived on 9Now. Dive deep inside the bizarre true story of a Sydney woman who fleeced her friends and family for more than $40 million before disappearing. 9Now* 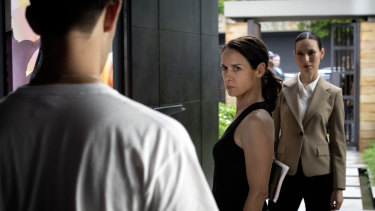 If you want to catch up with all the best flicks from the Oscars… then we’ve come up with a handy guide that shows you where to watch the films that were nominated for best picture. The now infamous Will Smith Slap™ grossly overshadowed this year’s Oscars, but it turns out there were some decent films made over the past 12 months. Why not check them out?

If you’ve been avoiding engaging with And Just Like That… perhaps the long weekend is the time to bite the bullet and see what all the fuss is about. The Sex and the City reboot wasn’t as good as we hoped, or as bad as we feared, but if you had a passing interest in the original series, then the reboot is worth your time. If you can’t see your actual friends this weekend, then you could do a lot worse than caching up with Carrie, Miranda and Charlotte. Sadly, no Samantha. Binge and Foxtel

If being stuck inside has you feeling trapped… then remind yourself it could always be way worse by watching The Rescue, a gripping, detailed account of what is very much still a headline story: the remarkable extraction of a teenage soccer team from a flooded Thai cave system in 2018. The outline and outcome of the rescue may be known, but there is much to be learnt, some of it profoundly unexpected and tragic. Disney +

*Nine is the owner of Stan, 9Now and this masthead.