Get all the latest news on coronavirus and more delivered daily to your inbox.  Sign up here.

Spotify Technology SA continued to add paying and advertising-supported users in the most recent quarter, but it lowered its revenue guidance for the year as ad sales were dented amid uncertainty around the coronavirus pandemic.

The global health crisis began to affect the business in late February, the company said, with a notable decline in daily active users and consumption in hard-hit markets such as Italy and Spain. Listening has started to rebound in recent weeks, with consumption in many markets "meaningfully recovered."

The decline in consumption didn't drag on user growth: For the quarter that ended March 31, Spotify had 286 million monthly active users, at the high end of the company's expectations. The company had 130 million paying subscribers, its most lucrative type of customer, also at the high end of its guidance.

Shares in the Stockholm-based company popped 12% to $156 Wednesday morning in New York.

Monthly churn, or the number of users who end a subscription, improved compared with the year earlier, the company said, despite some impact from the effect of Covid-19 — a modest increase in cancellations and payment failures.

The company said one in six respondents to its exit survey in the U.S. cited Covid-related reasons for canceling their accounts, with more than 80% indicating they are extremely likely or likely to renew once the economic situation improves.

In a letter to investors, the company noted that use of its service in cars, on wearable devices and on the web declined, while its audience through television and videogame consoles grew by more than 50%.

Spotify said its data indicate morning routines have changed, and every day looks more like the weekend, with fewer people commuting to work. Still, listening time around activities like cooking, family time and relaxing has increased, as has consumption of podcasts related to wellness and meditation.

Mr. Ek has said Spotify's focus is less on its streaming competitors and more on the billions of listeners of terrestrial radio.

"The trend we've been seeing is everything linear moves to on-demand," he said Wednesday. "This pandemic will accelerate that trend."

With fewer people tuning in to radio in their cars, Spotify has seen more pronounced user growth.

"Because we offer a personalized and on-demand experience, they end up staying," he said.

On a call with investors, Mr. Ek said Spotify's free tier is more valuable now than ever, noting that 60% of paid subscribers come in through the ad-supported service. He also said the service has seen many listeners with a lapsed account come back in recent weeks.

During the quarter, average revenue per user for the subscription business declined 6% to EUR4.42 ($4.78), partly due to an extended free-trial period from the previous quarter, but also owing to new subscribers coming in via discounted plans through family and student accounts, and lower pricing power in international markets.

Spotify's revenue from subscriptions rose a better-than-expected 23% to EUR1.7 billion. Ad-supported revenue — which had been on a double-digit rise in recent quarters — dropped 32% to EUR148 million, falling short of expectations. The company said before the pandemic that revenue was pacing ahead of its forecast, but sales decelerated in March as previously booked business was canceled or paused, and programmatic buyers pulled back spending.

Though advertising is a relatively small part of Spotify's business — accounting for 10% or less of overall revenue — it has been a growth area over the past year as the company expands its podcast business.

While the hit to Spotify's podcast listening was bigger than music at the beginning of stay-at-home orders, it has also rebounded, with news and science podcasts performing particularly well, and some shows like "Science Vs" adding episodes.

Executives said they plan to continue to invest in podcasts — of which Spotify now has more than 3 million on its platform — as a long-term bet, and anticipate a depressed ad market could make exclusive and original deals with Spotify a more attractive opportunity for many podcasters. 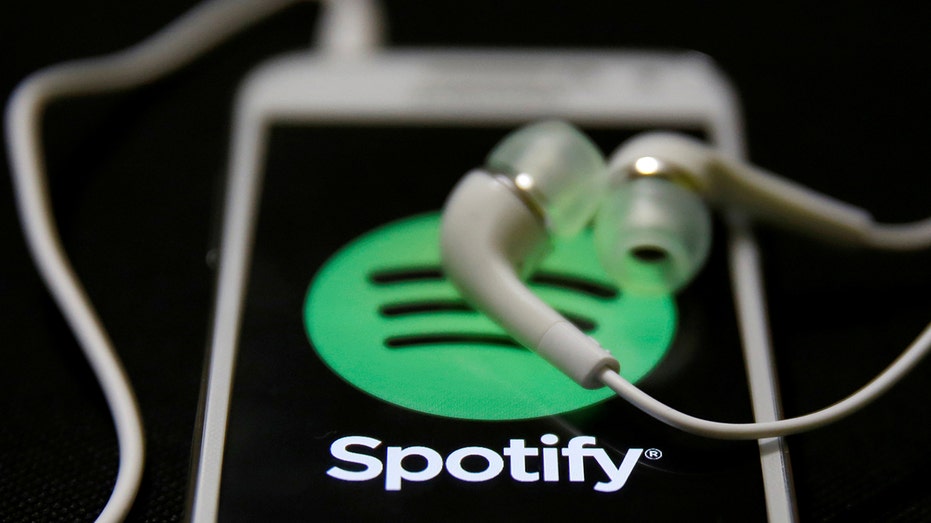 Meanwhile, Spotify said it expects its "two-sided marketplace," where it sells tools and services to artists and their representatives, to grow 50% this year. Late last year, the company introduced sponsored recommendations, which lets labels pay to promote new music to specific listeners.

In all for the period, Spotify swung to a profit of EUR1 million from a loss of EUR142 million. Owing to accounting issues, the company reported a per-share loss of 20 European cents, compared with a loss of 79 European cents in the same quarter a year earlier. Revenue jumped 22% to EUR1.85 billion, in line with guidance.

For the current quarter, the company guided for monthly active users to grow to between 289 million and 299 million. Paying subscribers are projected to rise to between 133 million and 138 million, and revenue is projected between EUR1.75 billion and EUR1.95 billion.

The company backed its monthly active user and subscriber guidance for the year but trimmed both ends of its revenue guidance to EUR7.65 billion to EUR8.05 billion from EUR8.08 billion to EUR8.48 billion, citing changes in foreign exchange rates and the impact of Covid-19 on advertising expectations.