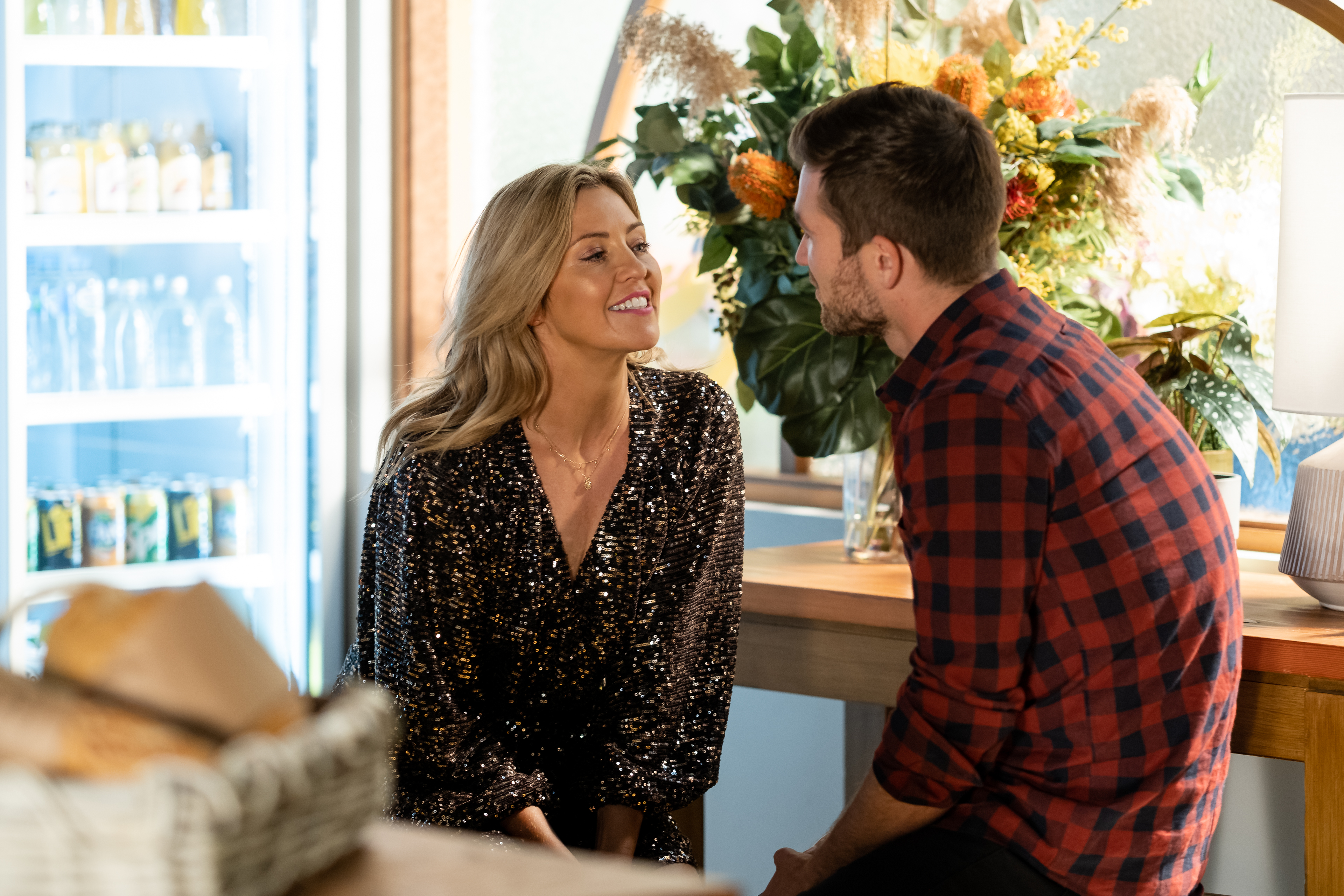 Ned’s (Ben Hall) mind is a mess as all he can think about his is naughty little tryst with Harlow (Jemma Donovan) in the waterfall. Never mind the fact he and Amy (Jacinta Stapleton) have patched things up, he’s thinking about what could happen with Harlow in Neighbours.

Amy has completely different ideas as she is ready to start planning their future. Somebody had better warn Ned.

Roxy (Zima Anderson) is determined to make a baby with Kyle (Chris Milligan), having turned down the Montana Marcel opportunity to focus on her family with Kyle. Her baby fever is catching as it gets Amy thinking about being pregnant and her own babies. It was such a precious time and now she’s wondering what life might be like with another. Somehow even her recent dramas with Zara (Freya Van Dyke) haven’t put her off.

While she’s thinking about pro-creating, Ned is preoccupied with another woman – Harlow is taking up space in his head and his thoughts couldn’t be further from baby making. He’s verging on obsessive and makes things awkward when he asks her if she’s going to England to escape him. She flatly denies it, leaving them both bristled by the exchange.

And just as Ned’s mind is fully taken over by thoughts of Harlow, Amy drops the bombshell – she wants to have his baby. Wowsa, he is not expecting that. Blindsided by her request, he tells her he needs to think about this.

She tries to comply with his wish and gives him space, for all of two minutes. She’s too excited about the prospect of their own little family and accidentally brings up the B word more times than Ned would care to count. Ned is internally freaking out; they’ve only just rekindled their romance and he isn’t sure he sees kids in their future. Is her baby talk about to make him run for the hills (and straight into Harlow’s bed?).