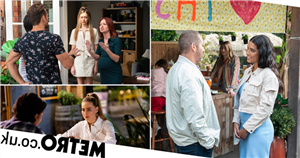 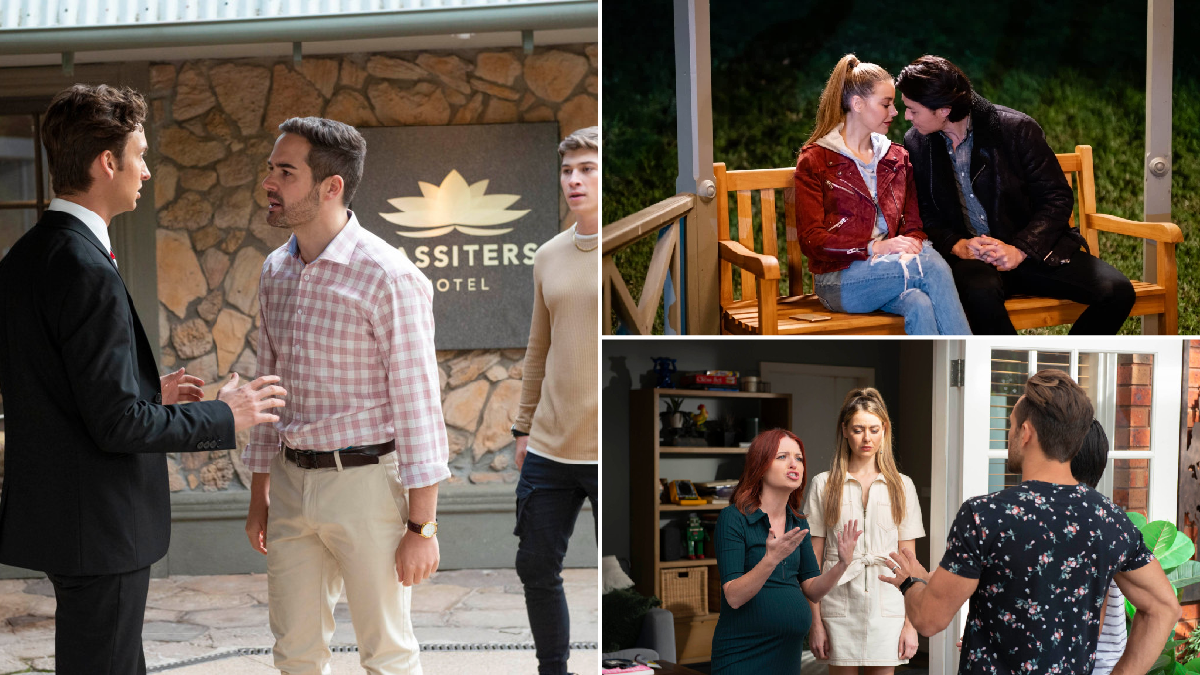 Traps are being set in this week’s Neighbours, but who’ll get caught out? Chloe (April Rose Pengilly) is looking likely, she’s feeling stuck in her relationship and could be about to try to break free. Elsewhere, Jesse (Cameron Robbie) is about to walk right into the snare being laid for him.

Chloe couldn’t feel more trapped, what with her relationship being the pin keeping the fragile family together. But she’s tested further when when Nicolette (Charlotte Chimes) does the unthinkable. Leo (Tim Kano) thinks he has a plan to help her out, or is it just to help himself?

Paul Robinson (Stefan Dennis) and Harlow (Jemma Donovan) have laid a trap for Jesse (Cameron Robbie) and he’s walking his way right into it. Will their little ruse work?

Still reeling from her accident and breakup, Yashvi’s (Olivia Junkeer) decided she’s out. She feels suck in her life in Erinsborough and needs to try something new. She’s packing up and leaving the street, and her departure brings out all the emotions of the Street.

Here’s what’s ahead in Neighbours.

After her devastating accident, Yashvi decides the force is no longer for her. That coupled with her breakup from Ned leads her to realise life in Erinsborough away from her family is no longer for her. It’s time to leave and as the day arrives for her to actually say her goodbyes, things get tearful. Toadie brings her to the Nursery where he’s arranged one last surprise for her. She’s emotional and asks Mackenzie to stay with her to stop her from bursting into tears. It’s the end of an era, and a sad goodbye.

With Yashvi gone, Ned is ready to crack on with Amy, not realising she has other ideas. Levi is also missing her while she’s in Cairns and prepares to let her know this when she returns. Kyle lets Ned know she’s been asking after him, which gives him an ego boost, but can he win out against her new squeeze Levi? After spending time with her kids, Amy is ready to return and enjoy life. She has no intention of getting serious with anyone and has no idea two men are fighting over her. When she arrives back and learns she has two suitors, she reveals it’s Levi she fancies most, but Ned isn’t ready to give up that easily. He reasons that as they’re all consenting adults, they can just have fun. But does he mean it?

The proposal to end all proposals

Chloe tries to repair some damage with a romantic brunch for Nicolette, but when Nicolette starts excitedly jabbering away about their future together, Chloe recoils in horror. If she thinks that’s bad

there’s worse to come – Nicolette pops the question! Caught entirely off-guard, Chloe accepts, and Nicolette is overcome with joy. She starts shouting from the rooftops that their love is heading for the next level and Chloe only recoils further. Chloe knows she needs to come clean, but how can she risk David and Aaron’s futures? Jane decides to throw a surprise engagement party, will it be enough to tip Chloe over the edge?

Paul is in Harlow’s ear about keeping up the pretence with Jesse. He wants revenge and needs Harlow to remain committed to do it. But their plan is thrown off when Hendrix learns that Jesse was two-timing Harlow with Curtis and divulges his discovery to Mackenzie. Mackenzie can’t keep this to herself and approaches Harlow the bad news. This puts Harlow in an awkward position and she has to fight to keep up the ruse. An added complication comes in the form of Terese, who learns of the fact she’s been kept out of their deception. She decides to go her own way in the name of revenge, but could she jeopardise everything?

Leo finally comes clean to Paul – he fancies the pants off Chloe and wants her for himself. When he hears Chloe worrying that her relationship is moving too fast it’s music to his ears and he pounces – coming up with a plan that he thinks might suit them all, but most of all, him.

Chloe risks it all

The pressure becomes too much for Chloe and she snaps. She flees the party in a panic and runs to the one person she feels she can trust – Leo. He’s ecstatic. But when David and Aaron find out, they lose it as they fear that their future, already on a knife edge, is about to go up in smoke. Has Chloe ruined everything?