‘Southern Charm’ Cast: A Complete Guide to Who Has Dated Each Other

“She’s been dating someone for six months,” the 33-year-old reality star exclusively told Us Weekly on Wednesday, October 12, while promoting season 2 of Winter House. “She has her own life and I have mine.”

The Sewing Down South founder — who dated the 30-year-old businesswoman for three years before splitting in 2017 — confessed that he and Naomie have continued to distance themselves since getting into their own respective romances.

“If you ever saw us film again, it just wouldn’t be accurate,” Craig told Us after the exes butted heads constantly during season 8 of the Charleston-based series. “You know, we’re not in each other’s lives.” 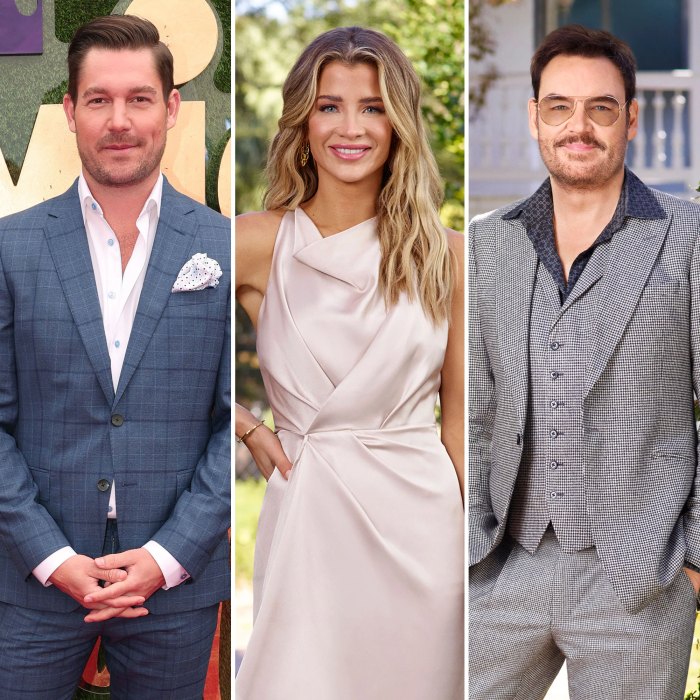 He continued: “There’s a way to coexist in Charleston, but yeah, this year just got a little out of hand.”

The Delaware native, who has been dating Winter House costar Paige DeSorbo since 2021, previously turned heads on Southern Charm when he freaked out over Naomie’s brief romance with Whitney, 54.

During the August 18 episode of the Bravo series, Naomie revealed that she and Whitney had a “fun” hookup up after the group’s dog wedding. When Craig, who is a good friend of the Southern Charm producer, found out he didn’t take the news well.

Southern Charm’s Craig Conover and Ex Naomie Olindo: The Way They Were

“Naomie can do whatever she wants. It’s shady of Whitney,” the Pillow Talk author told the cameras at the time. “The bro code rules are complicated at times, I understand that, but it’s still, you know, my ex-girlfriend. Like, what the f—k?”

That same month, Craig exclusively told Us that Naomie and Whitney’s fling “wasn’t a short-lived thing.”

While the L’Abeye founder appeared to be close and cozy with Whitney during the show’s finale, which aired last month, things have since fizzled out.

Craig’s feelings about Naomie’s involvement in his day-to-day life, however, hasn’t changed.

The “Pillows and Beer” podcast cohost told Us on Wednesday that he is still “working” on his “delivery” after blowing up at Naomie on multiple occasions. That doesn’t mean, however, that he regrets the things he said to his ex on Southern Charm about staying out of his and Paige’s romance.

“Most of the time my message isn’t that far off. It’s just [that] I get frustrated sometimes filming when I think things are happening that shouldn’t be,” he explained. “And I gotta figure out how to deal with that. That’s on me.”

Despite their drama on screen, Craig concluded that there isn’t “anything unresolved” between him and the France native. “We live very separate lives now and, you know, we can cordially coexist, but no, you won’t see us hanging out,” he added.