Family day out! Sophie Wessex, Prince Edward and James Viscount Severn, 14, are perfectly co-ordinated as they head to day six of the Commonwealth Games with Lady Louise

Sophie Wessex looked stylish in a black blouse as she arrived at the Commonwealth Games in Birmingham for another day of action.

The Countess, 57, paired the ME+EM blouse with a beige trousers and high-heeled cork sandals.

She wore her blonde locks in a loose yet sleek ponytail and paired her blouse with beige trousers and heeled sandals as the sun shone down on her. 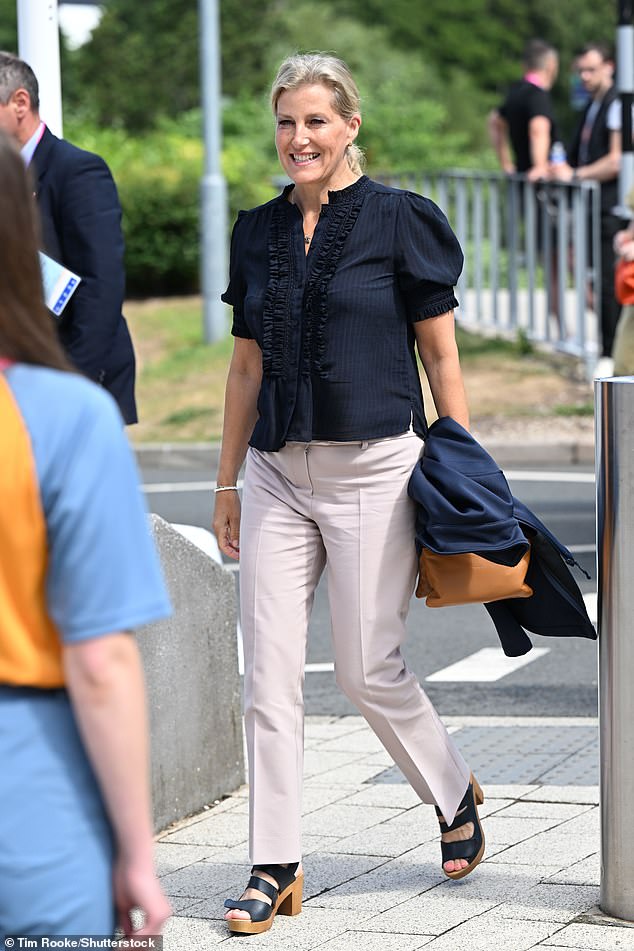 Sophie Wessex, 57, donned a frilled black blouse from one of her favourite stores, ME+EM, as she arrived at the NEC in Birmingham for day six of the Commonwealth Games 2022 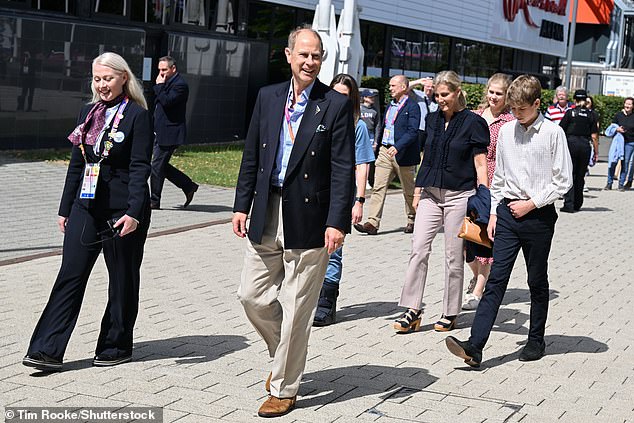 Prince Edward, 58, led the way as his family, including children Lady Louise Windsor and James Viscount Severn, went to watch the netball 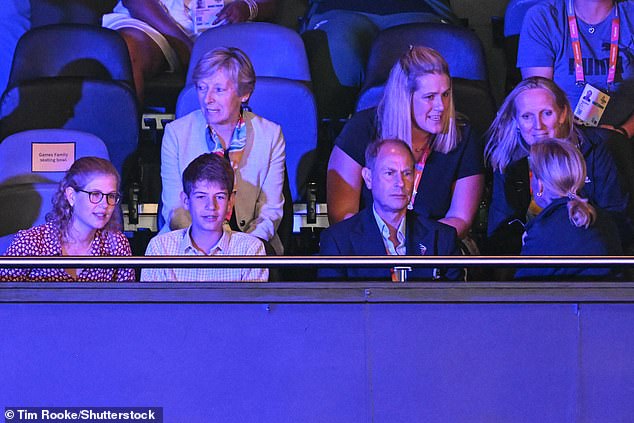 ME+EM appears to be one of Sophie’s favourite retailers, with the Countess also donning a £185 blue floral skirt to attend the Games on Monday.

Back in June, she wore £380 blue dress from the store while celebrating the Platinum Jubilee in Belfast.

As she arrived on the sixth day of the Commonwealth Games 2022, Sophie showed no sign of fatigue after spending the last two days watching events with her husband and children.

As Prince Edward, 58, led the way into the NEC to watch the netball, Sophie and her children, Lady Louise Windsor, 18, and James, Viscount Severn, 14, followed behind.

The Countess’s teenage children looked just as stylish as their mother as they waited for the action to begin, with James in a smart shirt and black trousers and Louise in a red dress with white polka dots. 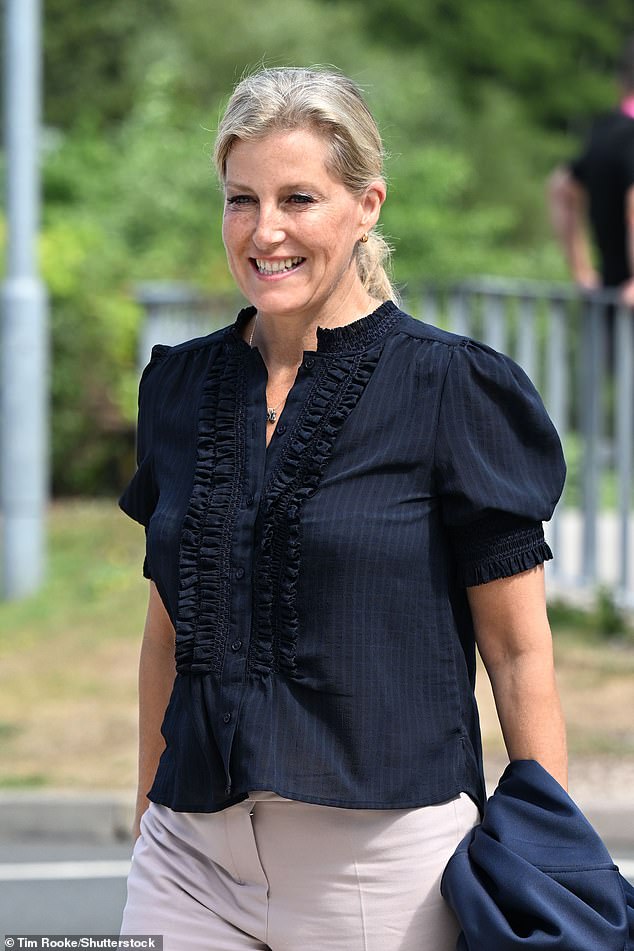 For the second time this week Sophie opted for a piece from one of her favourite shops, ME+EM 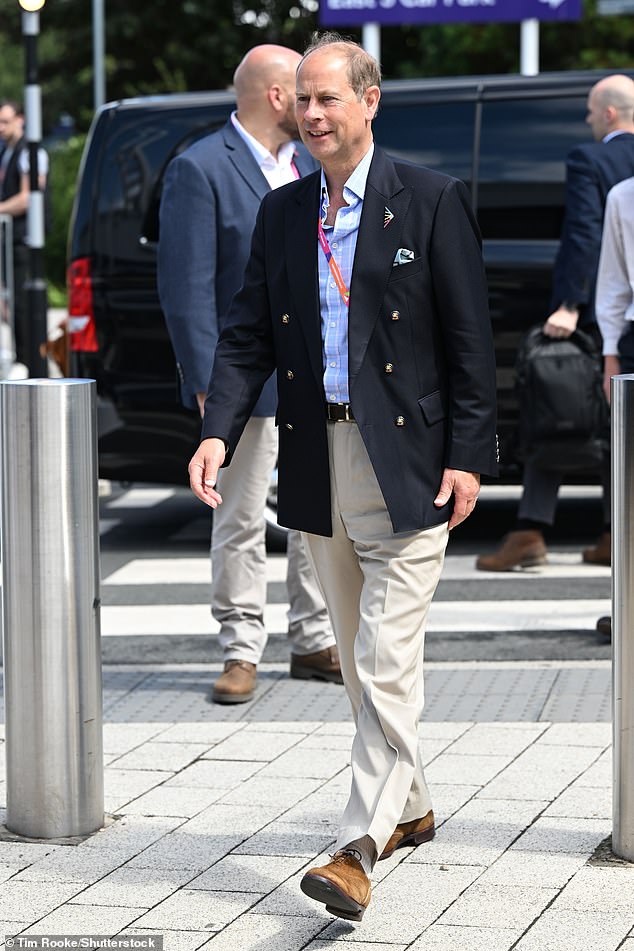 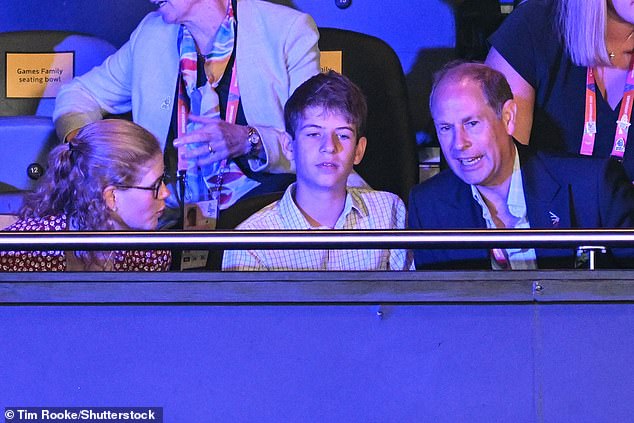 Prince Edward and his daughter Lady Louise Windsor, 18, discussed the netball as it got underway 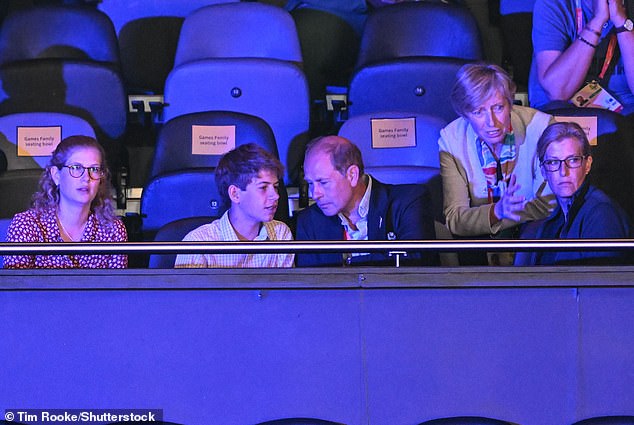 The Prince also had a conversation with his son, James Viscount Severn, 14, while they watched the netball 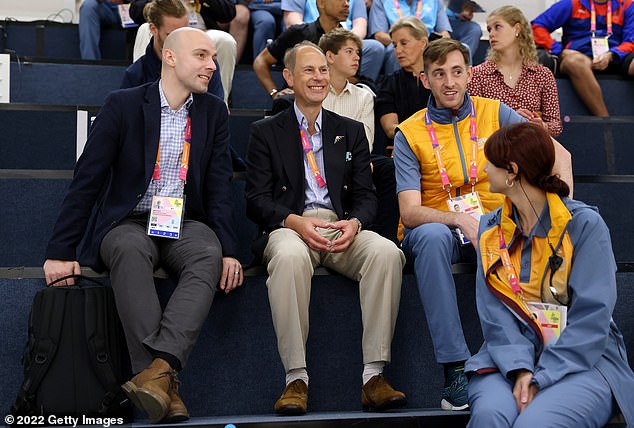 After taking their seats, the family looked enthralled by the action on another day of the Commonwealth Games.

As well as watching the netball with his family, Prince Edward was also spotted making a solo trip to the squash courts to watch the mixed doubles.

On Tuesday the family sat down at the Sandwell Aquatics Centre to watch the Men’s 1500m Freestyle heats, where they were joined by the Duke and Duchess of Cambridge and Princess Charlotte.

The Wessexes looked thrilled to see their family as they arrived at the pool and embraced each of them with a kiss on the cheek.

As Lady Louise Windsor reaches adulthood, she has followed in her mother’s footsteps during her appearances at the games.

On Monday the 18-year-old was the image of her mother as she borrowed Sophie’s pink and blue Pilotto dress, costing £985, to join her family in Birmingham.