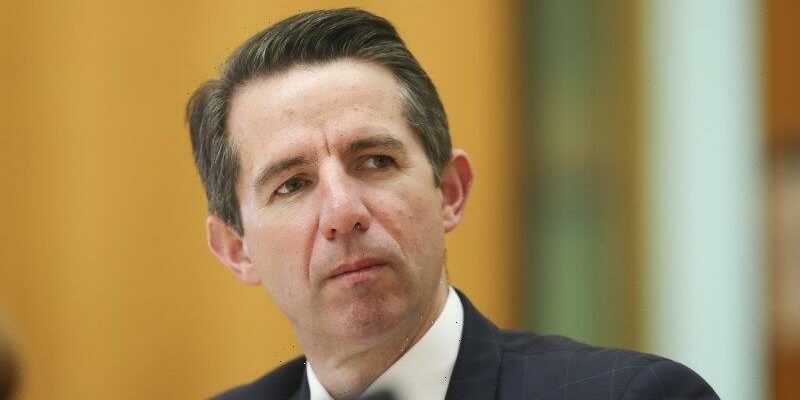 Finance Minister Simon Birmingham has questioned whether it was wise of Australian journalists to ask Emmanuel Macron if Scott Morrison had lied to him, as the federal government insists it is trying to move on from the diplomatic crisis.

The Australian Prime Minister has for days been facing criticism from the French government and the federal Opposition after his office leaked personal text messages from the French President. 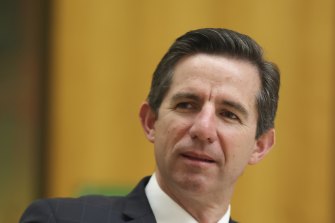 Senator Birmingham was questioned about the leak of Mr Macron’s text messages on Friday morning but sought to deflect the blame to Australian journalists who questioned Mr Macron on the sidelines of the G20 in Rome.

“People could ask questions as to whether it was wise for journalists to pressure the French President, in regards to the comments he made,” he told the ABC’s Radio National.

The highly orchestrated leak of the text messages to three different newspapers was part of an effort to show that Paris was not blindsided by Canberra’s decision to dump a $90 billion submarine deal with the French government and instead build nuclear-powered submarines with the help of the United States and Britain under the AUKUS pact.

The leak came hours after Mr Macron accused Mr Morrison of lying to him when questioned by The Sydney Morning Herald and The Age’s Europe correspondent Bevan Shields in Rome.

“Do you think he [Mr Morrison] lied to you?” Shields asked.

Tory Maguire, executive editor of The Sydney Morning Herald and The Age, said “anyone who has watched the exchange could see that Emmanuel Macron knew exactly what he was saying”.

“We don’t invest in sending senior journalists across the world so they can soft-ball questions to presidents in the aid of a political narrative,” she said.

“Bevan asked the right question at the right time, which is what good reporters do.”

“The facts are simple Scott Morrison leaked private communication to deflect attention from himself,” he said.

“Now in a harebrained attempt to distract from this massive error of judgment, Simon Birmingham is now blaming journalists for doing their jobs.”

France’s ambassador to Australia, Jean-Pierre Thebault, this week said the leak of the president’s text message was an “unprecedented new low” that raised questions over whether other countries can trust Australia.

“You don’t behave like that on personal exchanges of leaders who are allies,” he said.

“But doing so also sends a very worrying signal for all other states: ‘Beware, in Australia there will be leaks, and what you say in confidence to your partners will be eventually used and weaponised against you’.”

Trade Minister Dan Tehan sought to bat away questions over the leak of Mr Macron’s text messages, saying the federal government was trying to move on.

“I think the PM said it very well when he said ‘let’s not rake over hot coals. Let’s move on’,” Mr Tehan told ABC Breakfast.