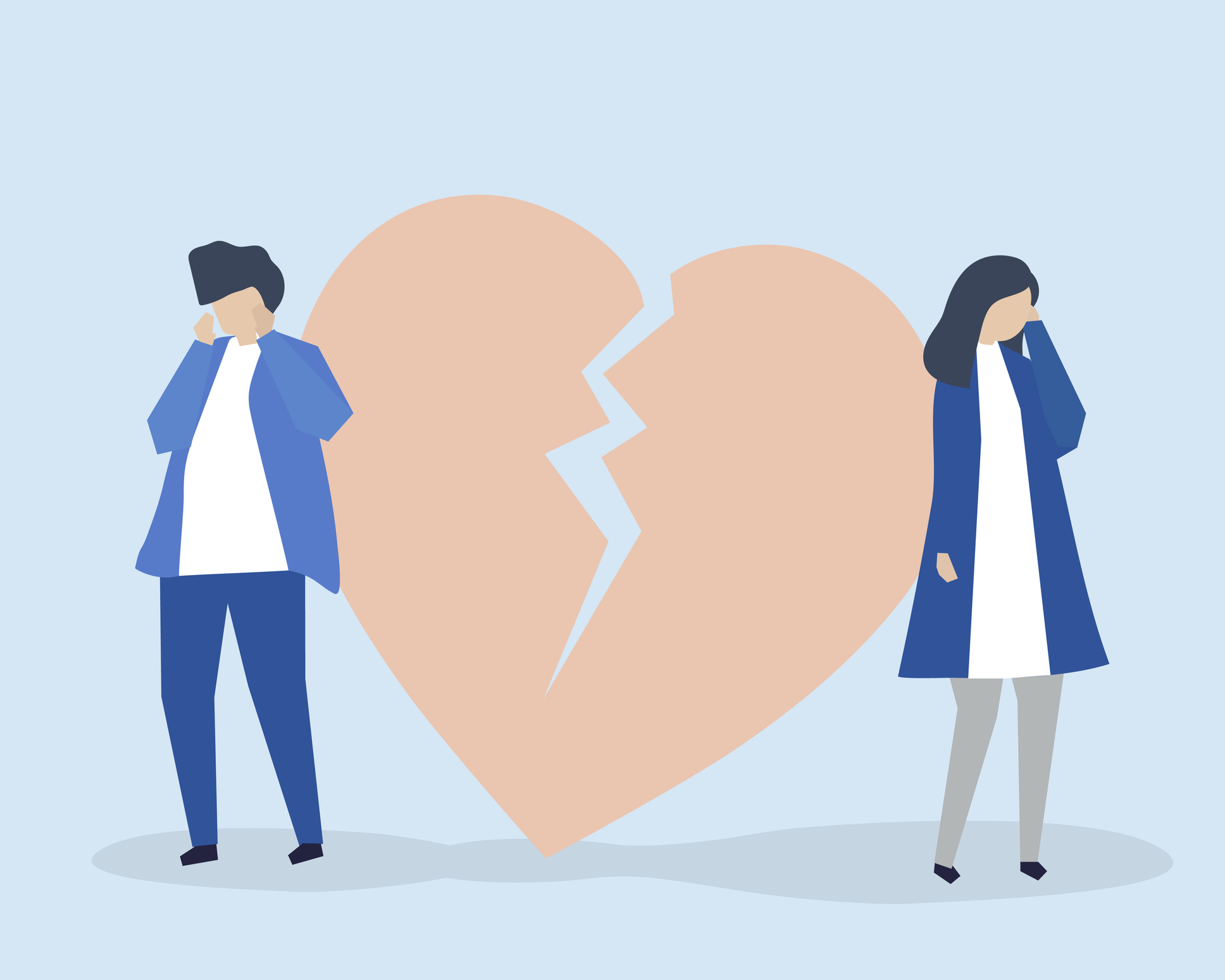 Break ups can come completely out of the blue – and it is never nice to be blindsided with heartbreak.

But a new study has found that there are subtle signs that could reveal that your partner is planning to break up with you – even if they don’t bring it up.

It all comes down to small changes in their use of language.

The study found that people who are contemplating the end of a relationship change their language, and start saying ‘I’ and ‘we’ more.

Carried out by researchers from the University of Texas, the study suggests the increased use of pronouns may indicate an impending breakup.

The experts say that the use of the word ‘I’ is correlated with depression and sadness, and is a key sign that someone is carrying a ‘heavy cognitive load’.

Researchers analysed more than a million posts by 6,800 Reddit users in the year before and the year after they shared news about their breakups.

They found that language began to change three months before the split, and did not return to normal until about six months after.

Language markers of the imminent breakup were notable in both those who were getting dumped and those doing the dumping.

Their language became more personal and informal, indicating a drop in analytic thinking.

‘It seems that even before people are aware that a breakup is going to happen, it starts to affect their lives,’ says study author Sarah Seraj, a doctoral candidate in psychology at UT Austin.

‘We don’t really notice how many times we are using prepositions, articles or pronouns, but these function words get altered in a way when you’re going through a personal upheaval that can tell us a lot about our emotional and psychological state.’

She added that the pronounced patterns peaked on the day of the breakup and remained up to six months later, even when people were discussing other topics in different Reddit communities.

Study co-author Dr Kate Blackburn, a research fellow in psychology at UT Austin, said: ‘What makes this project so fascinating is that for the first time, through technology, we can see the way people experience a breakup in real time.’

‘Implications for this research are far reaching.

‘At the most basic level, it gives you, me, and everyday people insight into how loved ones may respond over time to the end of a romantic relationship.’

Do you have a story to share? We want to hear from you.

Get in touch: [email protected]