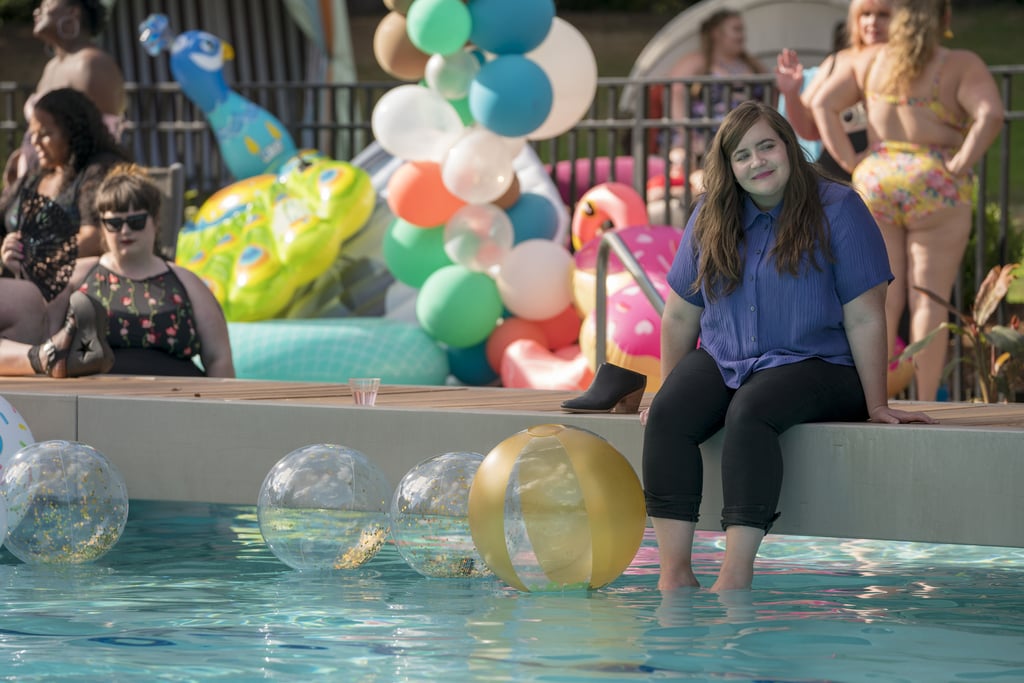 Aidy Bryant is taking the lead in a new comedy series officially set to premiere on Hulu on March 15, and now we have our first look at it.

So far, the streaming service has ordered six episodes of Shrill, a show based on the memoir of blogger Lindy West (Shrill: Notes From a Loud Woman) that is described as “the story of a fat young woman who wants to change her life — but not her body.” The series’s production team already boasts a number of well-known names in comedy, including Elizabeth Banks, Parks and Recreation‘s Alexandra Rushfield, and Saturday Night Live‘s Lorne Michaels. Bryant and West joined together to adapt the book and cowrite the story for the pilot, while Banks and Michaels will serve as executive producers, with Rushfield also pulling double duty as cowriter and showrunner. GLOW director Jesse Peretz will helm the pilot episode, with Portlandia‘s Carrie Brownstein tapped to direct the second.