In Wodonga on Friday, though, far away from the Melbourne press pack, he had no choice but to raise the issue himself. He announced that the Victorian Electoral Commission had requested copies of documents discussing a proposed payment to his chief of staff, Mitch Catlin, whose leaking forced his resignation. 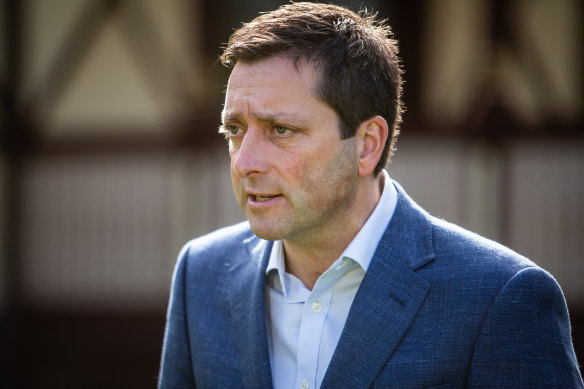 Guy must now produce the emails, and any other relevant documents, about a contract that was never enacted, but which Catlin drew up for Guy to “forward onto” Liberal donor Jonathan Munz, proposing a $100,000 top up to Catlin’s salary.

The Victorian Liberals, and Guy himself, are desperate to move on from this affair. But 10 days after The Age revealed it, he seems no closer to doing so. Guy was still developing his story on Friday, saying for the first time that Catlin’s email to his personal Hotmail account with the draft contract attached was the first he had heard of the issue.

“Nothing was said to me prior,” he said.

It came at the end of another horror week for the opposition leader, that started with a “train wreck” radio interview on Monday, followed by two more members of his staff leaving, and ended with the VEC summons.

“I’m just over it,” was the consensus of more than a dozen exasperated Liberal MPs and party members, speaking anonymously to The Age.

When this masthead last week revealed the donation scandal, the opposition’s media strategy was to stop the questions by quickly moving Catlin on, then refusing to go into further detail. Guy told his colleagues the swift resignation would clear the decks and allow the Coalition to turn the focus back to the government’s record on integrity. The plan failed. Journalists continued to pursue the opposition leader.

On Monday, Guy’s media team, led by director of communications Lee Anderson, wanted the opposition leader to appear on 3AW’s Drive show with Tom Elliott. They thought it was the best way to execute their strategy: respond to Elliott’s questions without giving too much away and move on to other topics. Instead, Guy became stuck. He flailed and struggled, unable to answer the basic questions of when he found out about the plan, and whether he thought it was a bad idea.

The interview became a flashpoint for a fight between new chief of staff Nick McGowan and Anderson. McGowan effectively wanted to play a greater role in the media strategy; Anderson viewed that as a blow to his seniority, according to Liberal sources who asked to remain anonymous for employment reasons.

By Wednesday, news broke that Anderson had quit after a disagreement. Then on Thursday, it was revealed that Guy’s office manager, Simone Cencie, was also leaving. There are conflicting accounts over whether she quit or was forced to resign.

On Friday the Victorian electoral commissioner requested documents. The commission has the power under the Electoral Act to compel documents to be handed over and require people to attend interviews with inspectors as part of an investigation into a potential breach of donations law. Failure to comply is punishable by up to $37,000 in fines.

A spokeswoman for the commission said: “We are not in a position to allege any wrongdoing, but we would welcome anyone who wishes to come forward and provide us with information that they have regarding the matters raised to do so.”

Guy, meanwhile, continued to dig in: “I won’t take lectures from a government that hindered the police [investigating the so-called red shirts rort], who hindered the corruption commission, who took the Ombudsman to legal proceedings [to prevent her from investigating].”

Last week, he told journalists he had met Munz just “a couple of times.

“I think a lot of people, but I certainly haven’t had this conversation [soliciting funds for Catlin’s private business] with him.”

Some Liberals have described the past fortnight as a “shambles” and the Coalition’s electoral prospects as unsalvageable. It’s not that they expect to lose an election over the donor scandal, but they are struggling to get cut-through while being bogged down in questions over an internal crisis just three months out from the election they were hoping to fight on integrity grounds.

Opposition MPs say very few people are raising the issue with them, and the scandal, they say, pales in comparison to those survived by the Andrews government, which rorted almost $400,000 in taxpayer funds at the 2014 election, was embroiled in a branch stacking investigation that found Labor ministers misused public funds for party-political purposes and is the subject of an anti-corruption probe into a 2016 firefighters deal. 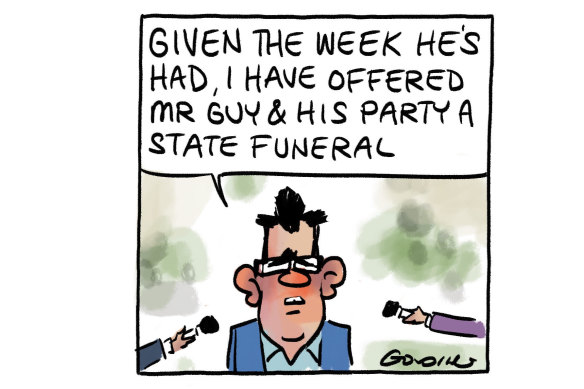 Monash University politics lecturer Dr Zareh Ghazarian said the latest crisis may not be the issue that stops Victorians voting for the Liberal Party on November 26, but it starves it of oxygen and being able to lay out its agenda.

“This is not the sort of distraction an opposition and opposition leader needs going into an election campaign,” Ghazarian said. “Every time they’re greeted by the media, the top thing they must talk about is their internal business.”

Associate professor Paul Strangio, also from Monash, said while he agreed the donor scandal would not be the number one issue for the public, the integrity questions faced by both major parties was a gift to teal independents expected to contest the state election after their success at the federal poll.

“They’re going to now be able to use integrity as a stick to beat over the head of both major parties,” Strangio said. 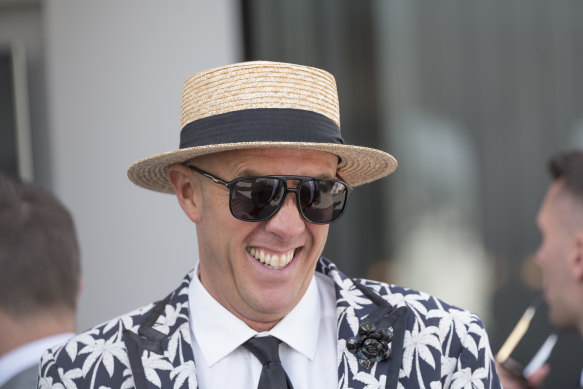 Politicians and party members tend to be jittery this close to the election and some Liberals are discussing whether a leadership challenge 100 days out from polling day is a riskier strategy than placing their faith in the struggling Guy.

A leadership challenge so close to the election is complicated by a realignment of subgroups within the parliamentary party. When Guy overthrew Michael O’Brien in September, he did so with the backing of Brad Battin (who mounted an unsuccessful coup early last year) and his supporters Richard Riordan, Ryan Smith and Nick Wakeling.

Since then Guy has lost key backers, including Tim Smith. Battin, Ryan Smith and Riordan are likely to emerge as contenders for the leadership, making it difficult to cobble together a coalition to spill the top job before the election.

O’Brien is telling colleagues he has no interest in coming back as leader now, but it is believed he could put his hand up after the election. If John Pesutto wins the seat of Hawthorn, he would contest any leadership ballot, as would Louise Staley, according to Liberal MPs. Others have also suggested Matthew Bach could be a potential contender.

“There’s been a bit of a paradigm that’s gone on since 2010 and the leadership guard has been given more than a fair go to run the show,” one Liberal said about a changing of the guard after the election. “If the people of Victoria don’t want us again, things need to change.”

Most Liberal MPs are adamant Guy will take them to the election, and say they have a duty of responsibility to Victorians to fight Labor – not themselves. No one spoken to by The Age has suggested they had been called by colleagues canvassing support.

But few of the party faithful are now convinced the Liberals can now offer the state a serious alternative in November. They are questioning why the opposition has not cauterised the donor issue by rolling out major policies.

“It’s because there is no strategy; there is no in-case-of-emergency-break-glass policy options,” said one Liberal source speaking on the condition of anonymity. 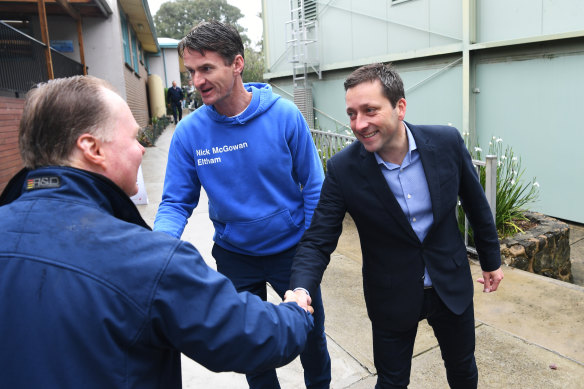 “Shadow cabinet is expecting to ride a wave of discontent and anger over the government, but that’s not how it works. Matthew is so convinced in his charm and political skills, there’s been no real policy work, and the last fortnight has just exposed that.

“And for two weeks now, they’re talking about themselves and talking to each other, and so focused on their own seats and their own leadership ambitions, that they’re again not focused on policy.”

The appointment of McGowan as chief of staff has prompted further internal concerns. Staff who worked with him in the Baillieu government describe him as diligent and having a good understanding of the Liberal Party, but some are concerned Guy’s former best man will be a “yes man”.

The danger is, they say, that “necessary but difficult conversations don’t take place and people walk away with assumptions on agreements when there may have been none”.

With Annika Smethurst and Rachel Eddie