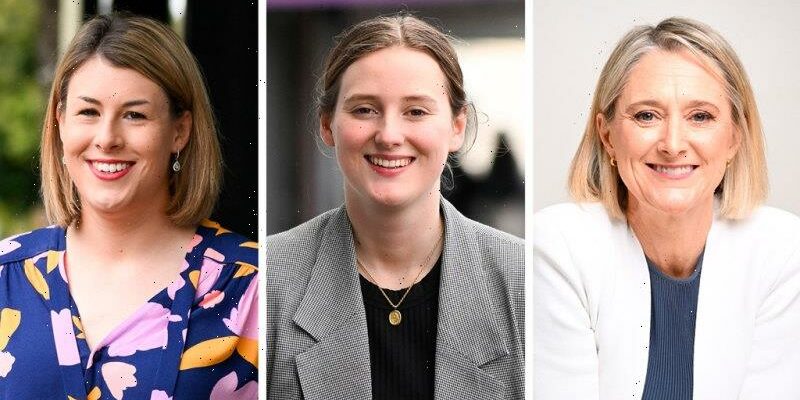 As far as blue-ribbon seats go, Kew – in the heartland of Melbourne’s professional middle-class and the seat of former premier Dick Hamer – has been one of the Liberal Party’s strongholds.

But the Liberals go into this year’s state election diminished in the electorate, haunted by the ghost of their once-powerful headkicker Tim Smith and an independent “teal” movement that has swept the country. 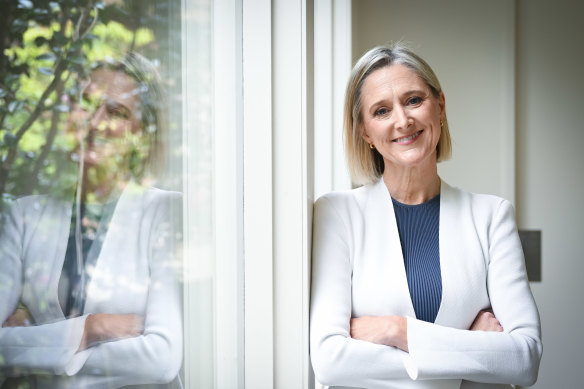 Sophie Torney has been announced as the “teal” candidate for Kew. Credit:Eddie Jim

The Kew Independents, an offshoot of the Voices of Kooyong movement that cast former treasurer Josh Frydenberg from the federal seat of Kooyong, is on Saturday unveiling their candidate for the seat. The teal contender, Sophie Torney, is a project manager with a background in computer science.

She will be running against the Liberals’ Jess Wilson, 32, a former party staffer who worked at the Business Council, and Labor’s 20-year-old candidate Lucy Skelton, the founder of national youth advocacy platform the Student Voice Network.

“[At the federal election] we saw, across Australia, people vote for independents … and that got me excited,” Torney tells The Age. “Party politics has never interested me. This independent movement has given a place for voices like mine. I am a political cleanskin.”

Torney was educated at Methodist Ladies’ College (MLC) in Kew before moving to London where she studied computer science. 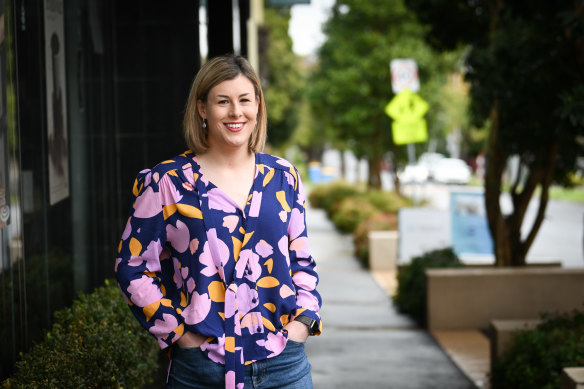 Torney will be facing off the Liberals’ Jess Wilson. Credit:Eddie Jim

She took an MBA at Melbourne University where she met her future business partner. During the dot-com boom they launched a startup together called Bwired, that designed a shared telephone system for shopping centres.

Torney’s father, Ian Hancock, is considered to be the pre-eminent historian of the Liberal Party but the 56-year-old describes herself as a swinging voter. She says she has largely voted for the Labor Party and the Greens but at the 2016 federal election, she cast her vote for the Liberals because of Malcolm Turnbull and this year she voted for teal independent Monique Ryan.

Torney believes the Andrews government has been doing “really good things” in the climate portfolio, citing “solar-powered trams” and the gas substitution road map, but said “we need to do more and we need to do it fast”.

She said the Andrews government’s tax on electric vehicles was problematic and should be reconsidered. 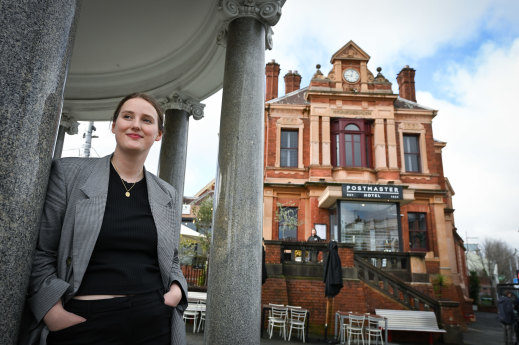 The mother-of-three says while she found the pandemic lockdowns “tricky”, she did not have strong views on whether the tough restrictions were necessary.

“The government did what it could with what it had,” Torney says. “I am supportive of what we need to do to get through it. Lockdowns were tricky. I have school-aged kids and I found that hard but I don’t know what alternatives there were.“

Wilson will face a tough challenge from Torney, who has been a local since 1999 and is involved in several community projects, including being past-president of the Parents and Friends Association at MLC, helping set up a charity for Ukrainian refugees and organising a mask-making charity during the COVID-19 pandemic.

The state electorate of Kew takes in most of the top half of the federal seat of Kooyong – south of the Yarra and north of Canterbury Road.

Ryan’s support, although relatively strong in Kew, came mainly from Hawthorn. In an interview with ABC’s Four Corners this month, she said her team had been worried that the eastern parts of Kooyong, including Balwyn, Balwyn North and Canterbury (which are within the state electorate of Kew) was “going to be a challenge”, and described them as “badlands”.

Wilson, who was director of energy and climate at the Business Council of Australia and an adviser to Frydenberg during his tenure as environment and energy minister, says politics is not just talking about issues, but being able to deliver.

“I’ve worked a long time in this space of energy and climate policy,” Wilson says. “It’s easy to have debate about taking action and targets, the harder bit is making sure as we transition and as we make sure we are transitioning as fast as possible that we keep the lights on.”

She points to the Coalition’s promise to legislate a 50 per cent reduction in emissions by 2030, funding a $1 billion strategy to support clean hydrogen, upgrading transmission infrastructure in western Victoria, and rebates for solar panels and home batteries for both renters and homeowners. 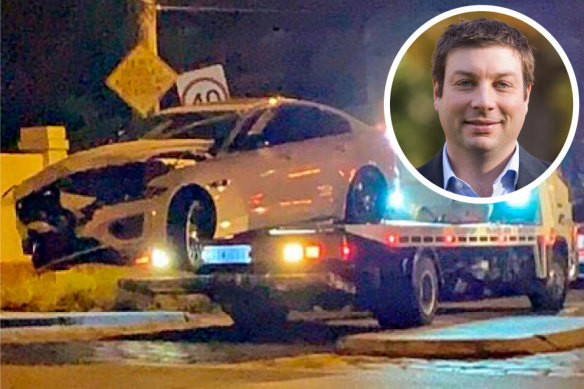 Tim Smith, who drunkenly crashed his six-week old Jaguar into a Hawthorn home, is haunting the Liberal Party’s bid for Kew.

State governments, Wilson is at pains to point out, are about service delivery – schools, hospitals, infrastructure, tangible climate change policy, funding integrity agencies – and can only be done by parties of government, as she rattles off a list of local promises (including upgrades to local shopping strips and public schools).

But Wilson isn’t only fighting her political opponents, she’s also contending with Smith, the current Liberal member for Kew who was forced to resign from politics after his drunken car crash.

Smith has been railing against the Victorian opposition’s climate change policy and its support for treaties with the state’s Indigenous communities, and has called on the Liberal Party to abandon inner-city voters, describing them as “loud, entitled and privileged”.

Wilson doesn’t hold back on her criticism of the sitting MP.

“When I’m talking to voters in Kew every day, it comes up that people are relieved that the current member is not continuing,” she says. “At the same time, they’re incredibly encouraged that the Liberal Party has preselected a young professional woman to be the candidate in the seat

One senior Liberal said there was a “sense of relief” in the electorate and the party that Smith was no longer the candidate for Kew; while another said Smith was being “deliberately destructive” to destroy Wilson and had even lost some of his most ardent supporters in recent months.

“I’m pro-choice, I supported marriage equality, I support the LGBTQ community, I’ve taken serious action on climate change … and If I’m successful, I want to be a leading voice in the party room; I want to make sure the Liberal Party is representing the views of the people of Kew,” Wilson says, describing herself as a “classical, small-l Liberal”.

In response to Wilson, Smith said: “I wish Jess all the very best. I don’t know why she is attacking me in this newspaper as I am not running for election. But let’s hope she does a better job running her own campaign than she did for Mr Frydenberg in May. I would advise her to attack the teals and Labor Party, not the incumbent Liberal.”

The Labor Party privately acknowledges the best chance it has to getting rid of sitting Liberals in inner-city seats, such as Kew, is by running dead, as evidenced by their campaign in the federal seats of Kooyong and Goldstein.

Skelton says she is campaigning hard and is ready to oust the Liberal Party from what was once-considered a safe Liberal seat. She says the issues she will be talking about most at this election are climate change, integrity and gender equality.

”To many I feel as if there is a sense of relief when I tell them that I’m the Labor candidate and to know that the Labor Party is promoting young women,” Skelton says.

“I also wanted to highlight that young women can be taken seriously in political spaces, and that we deserve a place at the table.”

Meanwhile, Clarke Martin, a former suburban mayor, has been selected as the “teal candidate” for the seat of Sandringham, which is held by the Liberals’ Brad Rowswell on a 0.65 per cent margin.