You’ve Got Mail, Tom Hanks and Meg Ryan‘s 1998 romantic comedy, turns 20 today, and if we’d send you a bouquet of newly sharpened pencils to celebrate, if only we knew your name and address.

While it’s easy for some to knock the Nora Ephron film for its now outdated technology (RIP AOL) or  maybe being a Sleepless in Seattle quasi-sequel, You’ve Got Mail is so much more than that, and far outlives the tech is used to help tell the  love story of Joe Fox (Hanks), of Fox Books, and Kathleen Kelly (Ryan), the owner of The Shop Around the Corner.

Come on, this is the movie that inspired Mindy Kaling to throw a themed dinner party at Christmas, because as any true You’ve Got Mail fan knows, it totally counts as a Christmas movies. (Never. Enough. Twinkle. Lights.)

“You’ve Got Mail is the most soul-mate-y of soul-mate movies,” Kaling told Vulture.

Kaling loves the movie so much she even paid homage to it on The Mindy Project in a pretty big way: “The name of the bar that our characters go to is called Kathleen Kelly’s. She was so stylish in that really understated hot Manhattan librarian way.” 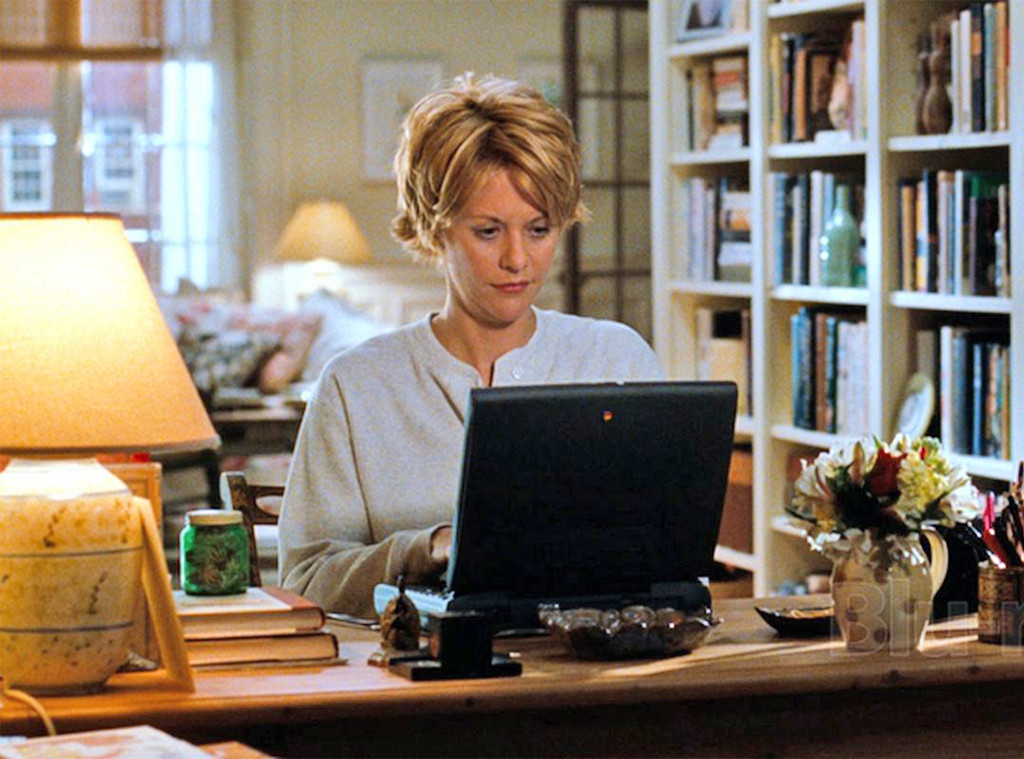 Aside from Ryan’s wardrobe as Kathleen Kelly, the true star of the movie is Nora Ephron, who directed the movie and co-wrote it with her sister, Delia Ephron.

Ephron, who passed away in 2012, was a journalist-turned-screenwriter-turned-director credited for saving the romantic comedy genre with her signature brand of wit and wistfulness. She loved love but was also practical, she could make caviar funny and flour floating into the air early in the morning on New York romantic.

“Knowing and loving Nora meant her world— or her neighborhood—became yours. She gave you books to read and took you to cafés you’d never heard of that became legends. You discovered Krispy Kremes from a box she held out, and you learned that there is such a thing as the perfect tuna sandwich,” Tom Hanks wrote of his dear friend after her passing for Time. “She would give your kids small, goofy parts in movies with the caveat that they might not make the final cut but you’d get a tape of the scene. For a wrap gift, she would send you a note saying something like, ‘A man is going to come to your house to plant an orange tree—or apple or pomegranate or whatever—and you will eat its fruit for the rest of your days.’ Rita and I chose orange, and the fruit has been lovely, sweet and abundant, just as Nora promised—a constant and perfect reminder of the woman we loved so much.”

I’ll Have What She’s Having: How Nora Ephron’s Three Iconic Films Saved the Romantic Comedy by Erin Carlson is a must-read for any Ephron fans (and perfect for a last-minute gift idea) and treasure trove of behind the scenes goodies and interviews for When Harry Met Sally, Sleepless in Seattle (which turned 25 this past summer), and, of course, You’ve Got Mail.

Using Carlson’s in-depth book, along with other interviews, we’ve pulled 13 secrets and fun facts you might not know about You’ve Got Mail, which is the rare movie that happens to be so era-specific (They met in an over-30s chat room where they both claimed to never have been before!) yet so timeless.