The motley crew includes a snap of Seth Rogen in 90s perfection.

Sebastian Stan and Lily James shook the internet after the pair transformed into Tommy Lee and Pamela Anderson in the first photos released for Hulu’s “Pam & Tommy.”

In one photo, the Marvel actor, 38, stands in tattooed glory portraying the rock star while the “Downton Abbey” vet, 32, channels the “Baywatch” icon playfully chomping on Stan’s nipple piercing.

“Love bites,” he captioned the snap on his Instagram.

James is unrecognizable in another pic while rocking platinum blonde locks and a black leather corset. She shared a quote from Anderson alongside the stunning shot, writing, “It’s great to be blonde. With low expectations it’s very easy to surprise people.”

In yet another photo, Stan does his best heavy metal growl leaning shirtless against a car with his middle finger in the air.

And with Hulu describing the limited series as a “comedic” take on “the true story behind the release of the first ever viral video in history — the sex tape of Pamela Anderson and Tommy Lee,” costar Seth Rogen shared two selfies dripping in 90s perfection to his Instagram.

“My co-stars @imsebastianstan and @lilyjamesofficial are a lot cooler than I am. #pamandtommy,” he wrote.

Hulu’s “Pam & Tommy” does not have an official premiere date yet. 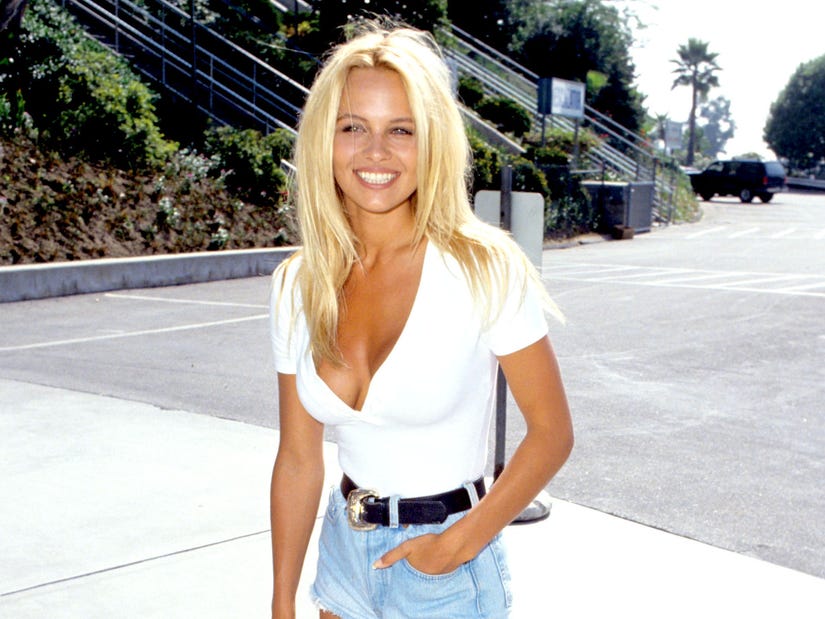