The “Vanderpump Rules” star said in a new interview that she was involved in a “throuple” with Mayer and “The Hills” alum Stacie “Stacie the Bartender” Adams.

On the most recent episode of the “Flashbacks with Jessica Hall and Heather Rae Young” podcast, Shay, 35, said she first met Mayer while working at a party that he and then-girlfriend Jennifer Aniston were throwing at Grand Havana Room. The “Your Body is a Wonderland” singer and the “Friends” stars, 51, dated for a year between 2008 and 2009.

“I’m working this party. I end up getting wasted with them,” claimed Shay, who worked as a bartender and cocktail waitress. “Every time they did a shot, they would get me a shot.” She said they invited her to an afterparty but she was too drunk to drive there.

She said the stars ended up breaking up a few weeks later and that Mayer then came back to Grand Havana Room “with all the boys, just like, ‘Yeah, f–k this. Whatever.’” 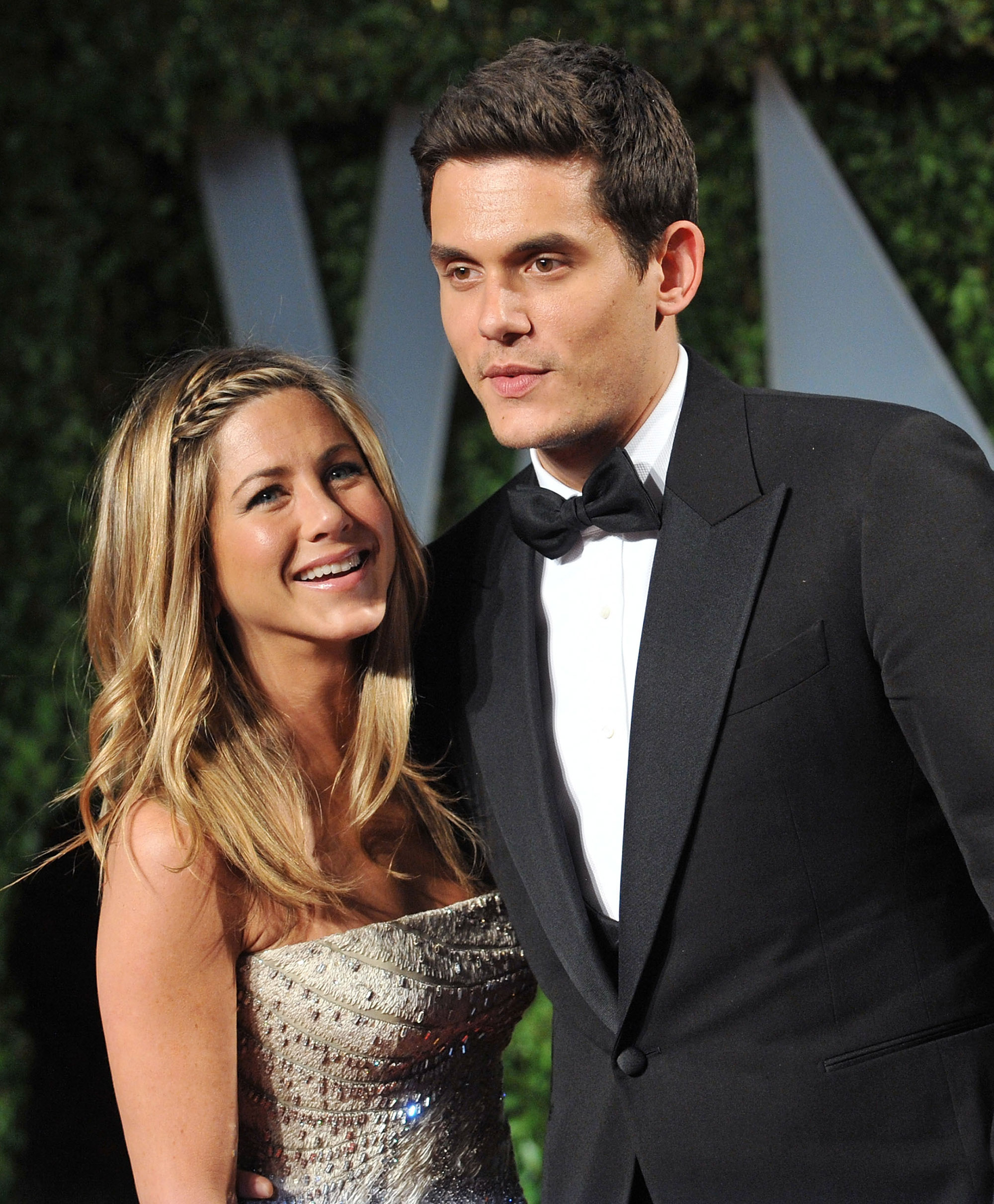 She claimed, “One of his friends comes up and he was like, so, it’s not really like public news yet but John and Jen broke up. He wants your number. Give it to me and I’ll pass it to him.”

Shay gave the friend her number and said that Mayer ended up coming to her apartment.

“I was living with Stacie at the time,” she claimed. “This went on for about six months. We hung out and we would go to his house in Calabasas, or Hidden Hills, whatever it’s called. It just became, you know, kind of the three of us. We had a little throuple going on.”

Young asked Shay if she meant a sexual relationship, and Shay confirmed that she did. She also said sometimes she and Mayer had flings with a different third woman who wasn’t Adams.

But of course, nothing lasts forever.

“I definitely got a little jealous towards the end of it because I knew he liked [Adams] more and I was like, ‘Wait, I brought you into this and now you’re getting more attention than I’m getting! Like, what’s up with that?’” Shay said. “And then even after him and I stopped talking, they continued talking and there were, like, a lot of things.”

Shay admitted she was also jealous that Adams was asked to participate in “The Hills,” as Adams had no interest in the entertainment industry while Shay was trying to catch her big break.

Ultimately, the two friends ended up having a falling out for a year, but have since patched up their relationship.