Always on their side. Savannah Chrisley sent love to her family as parents Todd and Julie Chrisley reported to prison to begin their respective sentences.

“Will forever fight for this smile ❤️,” the 25-year-old reality star wrote via her Instagram Story on Tuesday, January 17, alongside a photo of her mother. “I love you mama.” 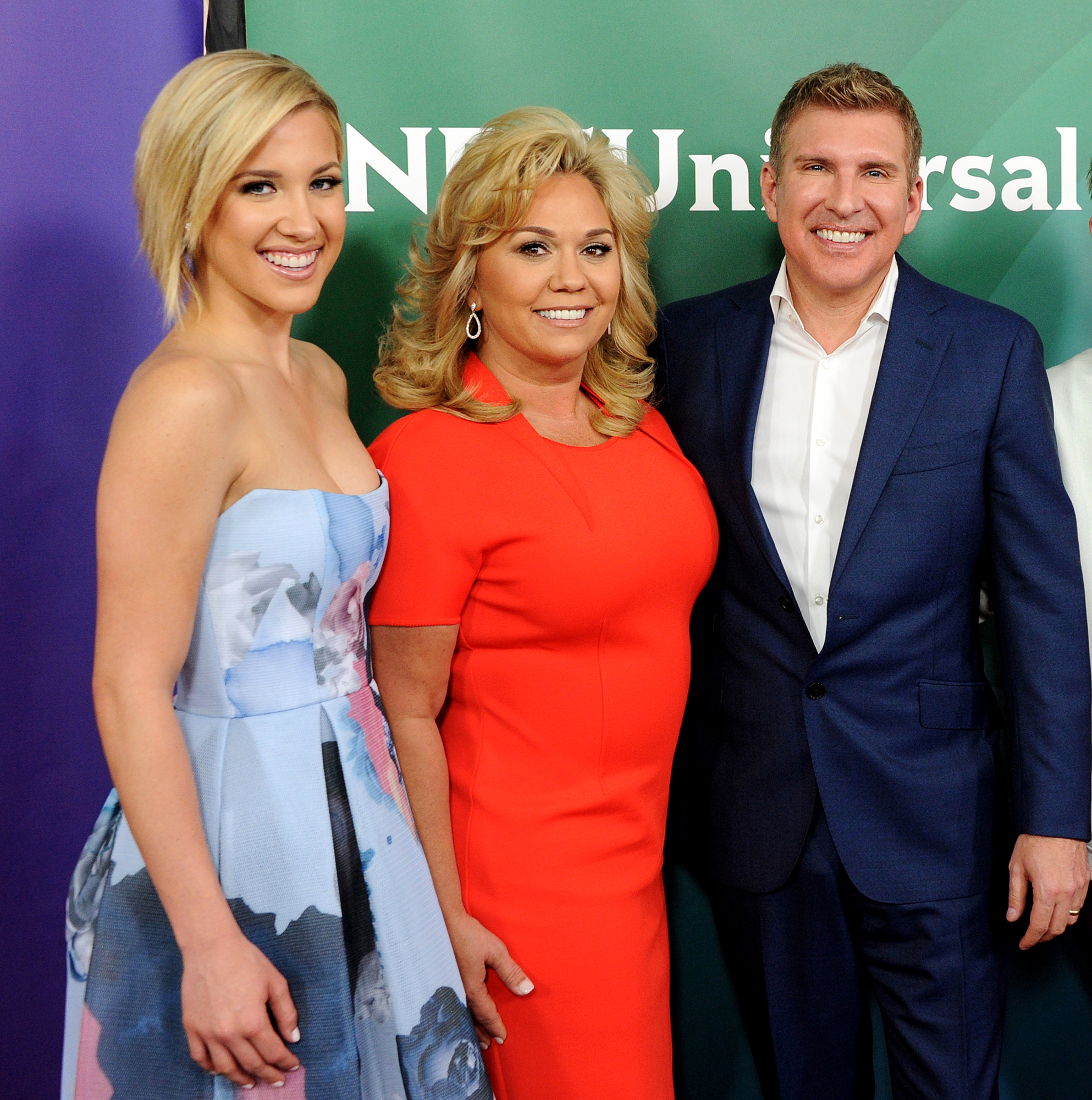 Savannah’s message of support came hours after Todd, 53, and Julie, 50, turned themselves in after being convicted of 12 counts of tax evasion, bank and wire fraud and conspiracy. Todd reported to the FPC Pensacola minimum security facility in Florida, while his wife arrived at Federal Medical Center in Lexington, Kentucky. (Julie was initially set to serve time at FCI Marianna in Jackson County, Florida, but she was reassigned in December 2022.)

‘Chrisley Knows Best’: Get to Know the Chrisley Family

Amid her family’s legal drama, Savannah has been outspoken about her desire to fight for justice. Shortly before her parents reported to prison, the Georgia native compared Todd and Julie’s case to that of another reality star: Bravo’s Jen Shah.

“Put the cases side by side, and it makes no sense — it just doesn’t,” Savannah claimed on the Tuesday episode of her “Unlocked” podcast. “There were hundreds of victims who were elderly, and people that provided statements that lost their homes, threatened to end their lives. There were so many different things, and she got six and a half years. Make that make sense!”

The Real Housewives of Salt Lake City star, 49, pleaded guilty to conspiracy to commit wire fraud in July 2022 after initially maintaining her innocence. Earlier this month, she was sentenced to six and a half years in prison with five years of supervised release. Shah must report to prison by February 17.

Todd and Julie Chrisley: Everything to Know About the $30 Million Fraud Trial

Along with Savannah, Todd and Julie share sons Chase, 26, and Grayson, 16. The businessman is also the father of daughter Lindsie, 33, and son Kyle, 31, with ex-wife Teresa Terry.

Like his sister, Chase spoke out in support of Todd and Julie as they headed to prison on Tuesday. “God is with us,” read a Bible verse from Matthew 1:23, which the Growing Up Chrisley alum shared via his Instagram Story. Other members of the famous family have yet to publicly react to the beginning of Todd and Julie’s sentences.