Timothée Chalamet goes shirtless (under a blazer) to Oscars 2022

Being team Timmy isn’t so peachy.

Model Sarah Talabi has been getting threatening messages amid rumors that she and Timothée Chalamet hooked up at Coachella 2022 over the weekend.

“I’ve received death threats and hateful messages from Timothée fans,” she said in a statement exclusively obtained by Page Six on Wednesday. “This is not OK and they need to stop.”

“girlll you better watch you back now that your [sic] with Timothee 🔪,” one person wrote in a DM to Talabi that was obtained by Page Six.

“Don’t think you can just kiss Timothee and walk away unharmed,” another publicly commented on her Instagram.

“Girl I’m warning you to stay away from Timothee or else,” a third person wrote, adding a middle-finger emoji.

Talabi told us she worries for those leaving hateful comments because “they are battling their own demons.” 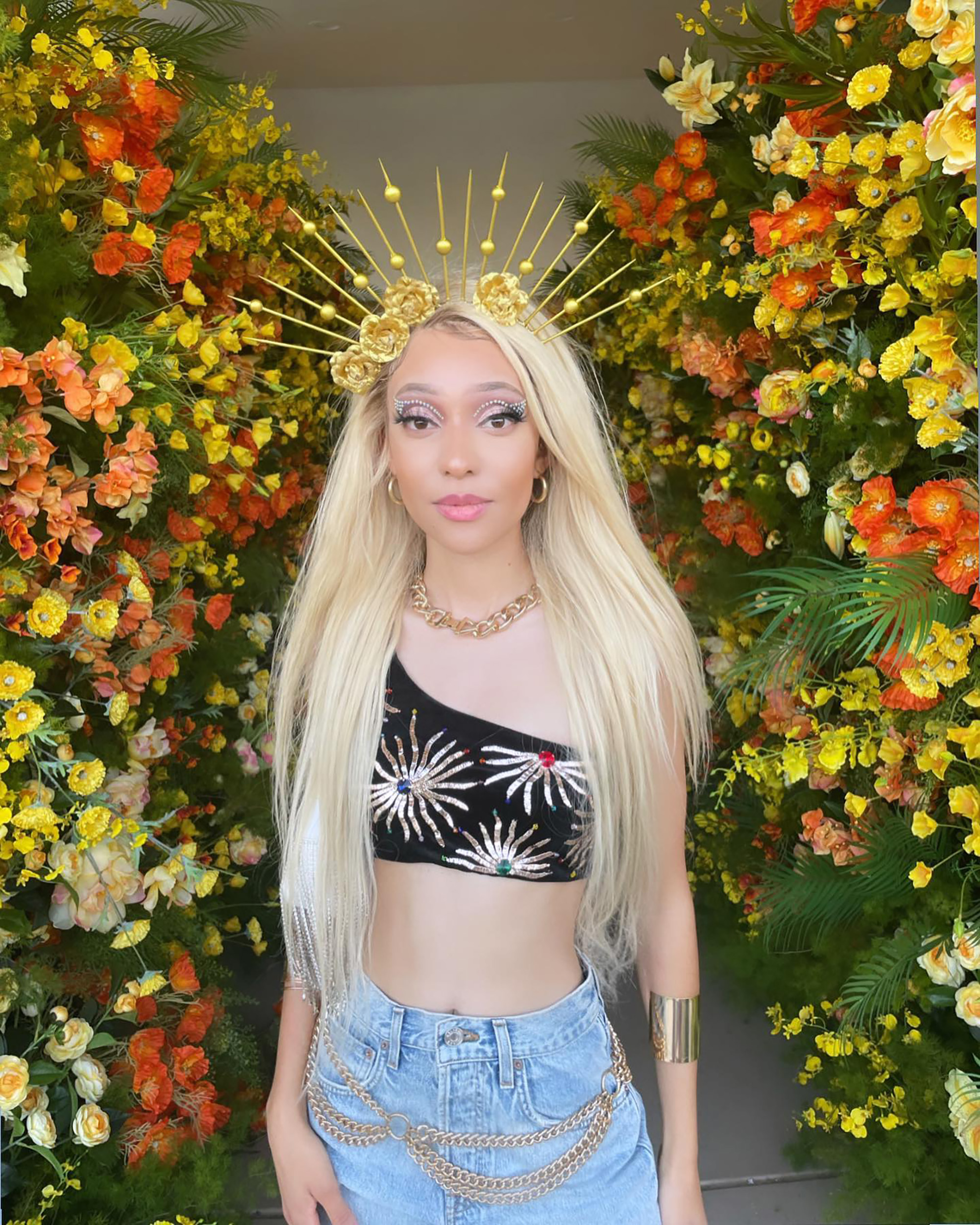 She continued: “I hope they consider therapy and get the help they need.”

The Nigerian model added that she’s “not ready to make a statement on her relationship status with Timothée,” and instead deflected with a message about climate change.

“Please redirect your frustration to the fact that air pollution from fossil fuels cost the world $8 billion every day, not to mention putting human life and planet earth at risk,” she said in the statement. “The earth is in a dire state so comment on, email, and write to our political leaders letting them know that the fossil fuel industry is morally unacceptable and we will not stay silent while our planet is being destroyed.” 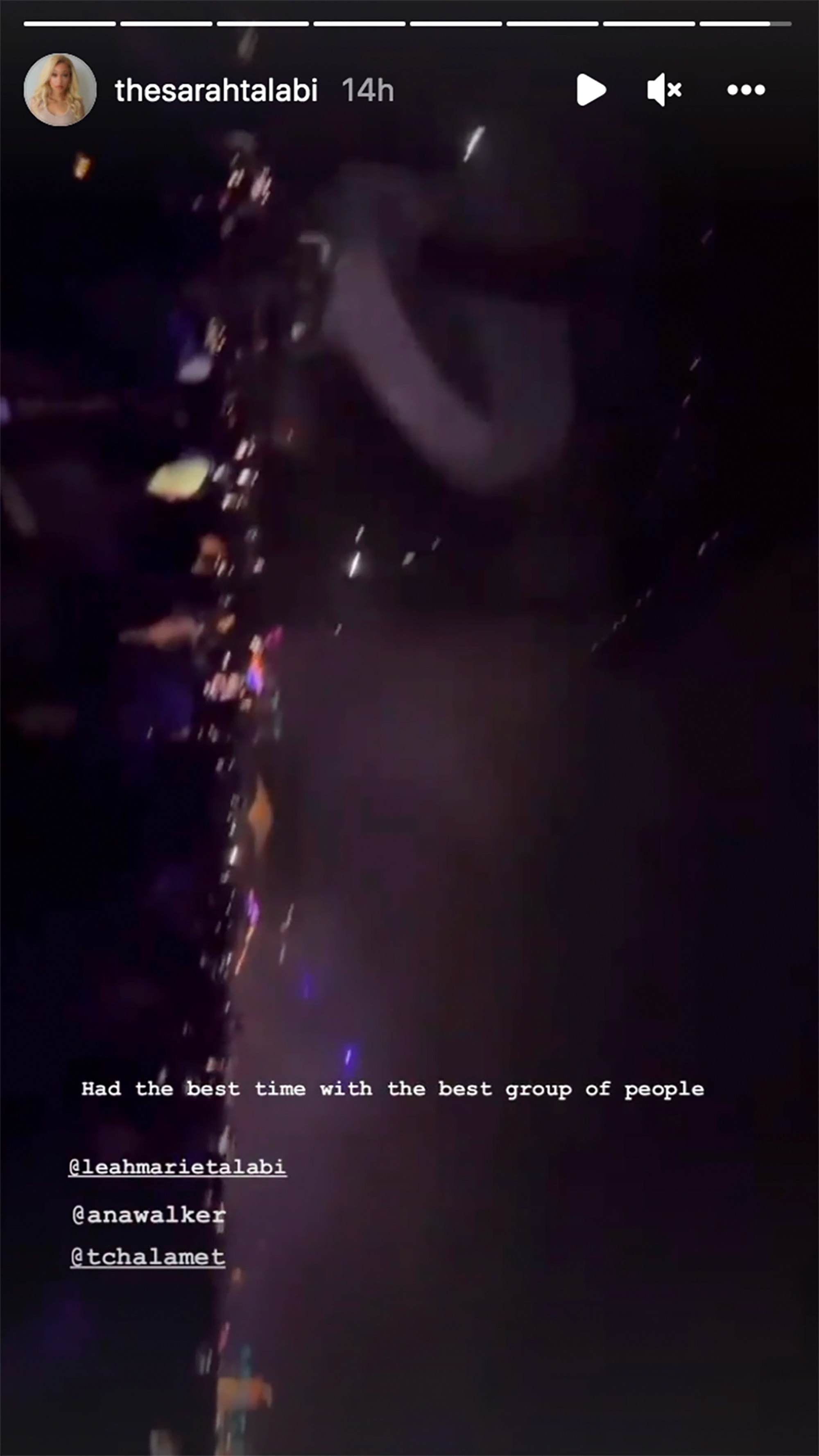 Rumors about Talabi and Chalmet’s relationship status started swirling after videos and photos of the pair dancing at the Indio, Calif., music festival surfaced Sunday.

The model also tagged the 26-year-old “Dune” actor on her Instagram Story while at the festival. “Had the best time with the best group of people,” she wrote.

“Timothee Chalamet was dancing with and kissing Victoria’s Secret model Sarah Talabi at Coachella,” one witness alleged to Instagram gossip account Deuxmoi along with a photo of the pair dancing together. 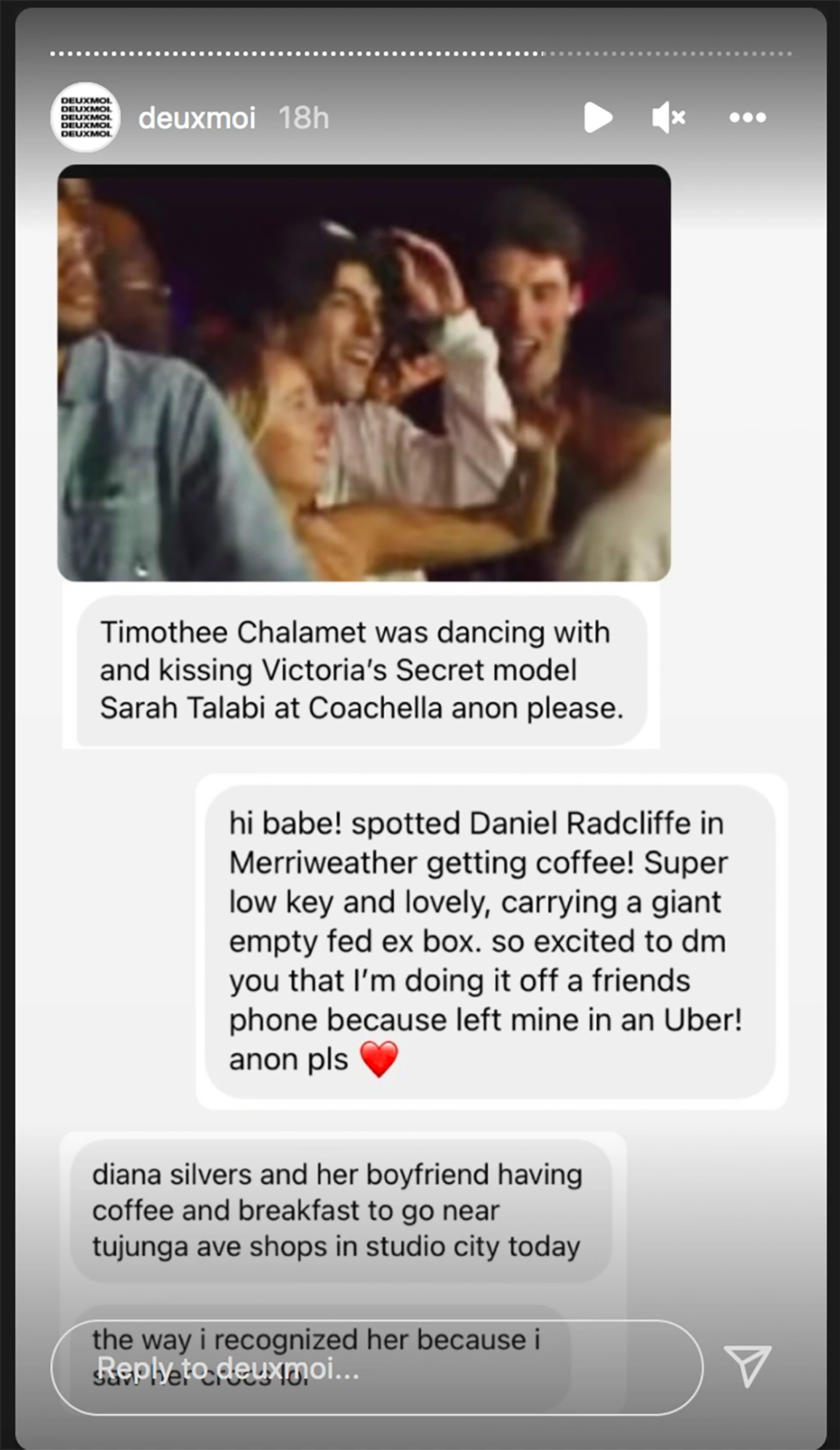 However, other spies noted that Chalamet was seen with several models throughout the festival.

The model addressed the speculation Tuesday, but refused to reveal whether or not she and Chalamet actually shared a kiss.

“Everyone is asking me if I was kissing Timothée Chalamet at Coachella, and that is a good question,” she told us in a statement Tuesday before once again deflecting to questions about climate change.

Chalamet’s rep did not immediately respond to our request for comment.