Britney Spears cozies up to Sam Asghari for 39th birthday

Sam Asghari is calling out Jamie Spears for allegedly “trying to control” his relationship with Britney Spears in an explosive Instagram post.

“Now it’s important for people to understand that I have zero respect for someone trying to control our relationship and constantly throwing obstacles our way,” the 27-year-old said on his Instagram Story on Tuesday. “In my opinion Jamie [Spears] is a total d–k.”

The fitness enthusiast, who is rarely this outspoken about his relationship with the pop star, added that he “won’t be going into details” about what caused him to speak out because he “always respected our privacy.”

However, the Iranian-born actor concluded, “But at the same time I did not come to this country to not be able to express my opinion and freedom.”

Britney, 39, has been dating Asghari since the pair met on the set of her “Slumber Party” music video in 2016. Aside from posting pictures from their various vacations, the couple is usually private about the intimate details of their relationship.

However, with the release of the New York Times documentary “Framing Britney Spears,” Asghari hinted that he is looking for some “normalcy” amid his girlfriend’s ongoing conservatorship battle with her father, Jamie.

He told People on Monday after the release of the film, “I am thankful for all of the love and support she is receiving from her fans all over the world, and I am looking forward to a normal, amazing future together.” 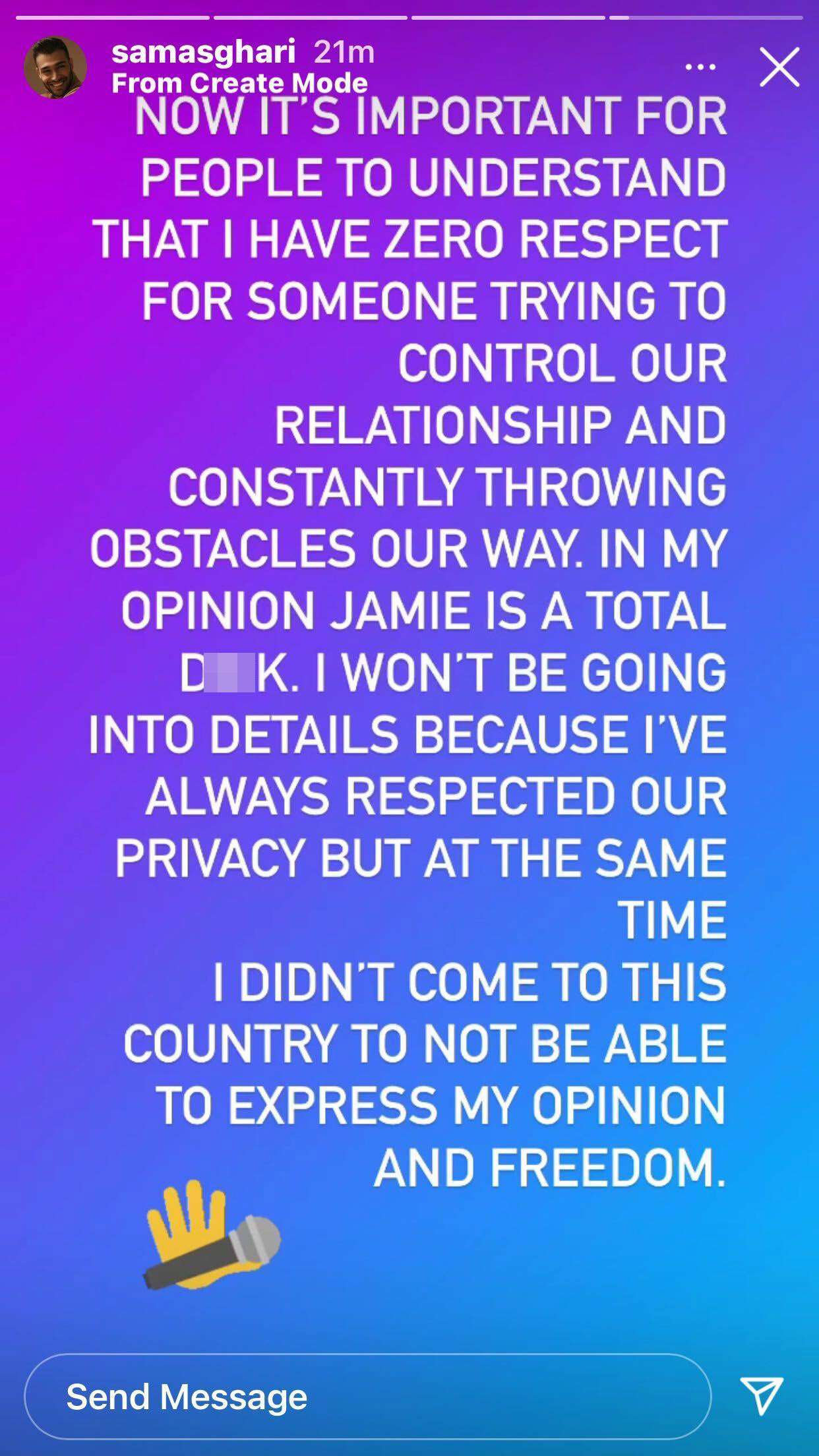 The documentary covered the rise of Britney’s fame, her mental health struggles and the mobilization behind the #FreeBritney movement.

A source told Page Six on Monday that Britney has “chosen” not to watch the documentary, but is “aware of it.” The insider claimed she is allegedly “fed up” with her conservatorship, which was put in place following her mental breakdown in 2007.

Although this is the first time Asghari has spoken out against Jamie, Britney has been vocal in court documents against her father being her conservator.

In November, Britney’s attorney, Samuel D. Ingham III, claimed in a hearing that the “Toxic” singer had become “afraid” of her dad and wanted him removed from her conservatorship. The judge denied this request for the time being.

A court date for Britney’s conservatorship is scheduled for Feb. 11.

Reps for Asghari, Jamie and Britney did not immediately return our request for comment.